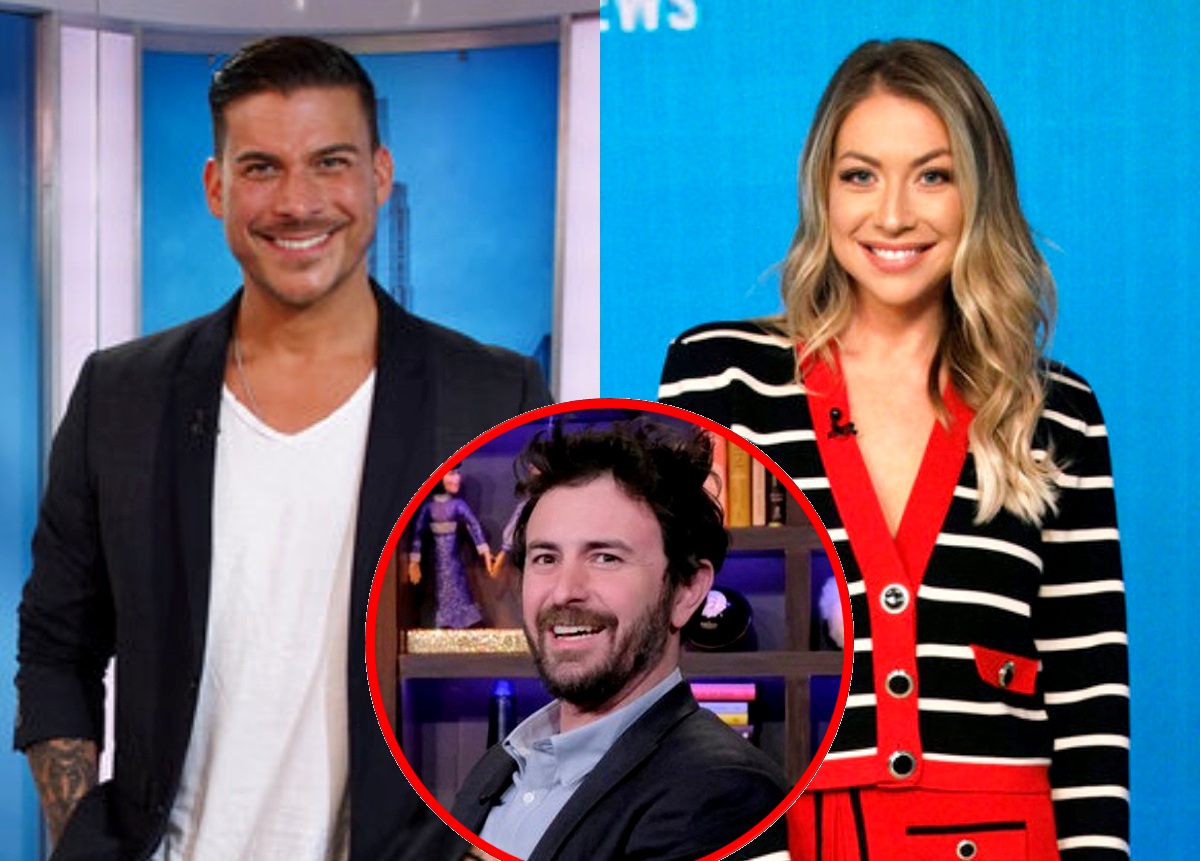 After fans watched him walk down the aisle with wife Brittany Cartwright during Tuesday’s episode of Vanderpump Rules, Jax appeared alongside Lisa Vanderpump to discuss the evolution of his relationship with Stassi before addressing Stassi’s current relationship with fiancé Beau Clark.

“Did you ever want to marry Stassi?” Lisa asked Jax on the After Show.

“Uh, no,” Jax replied. “I think things worked out exactly how they were supposed to.”

According to Jax, he now considers Stassi to be one of his best friends.

“I never in a million years thought we’d get back to where we are today,” he admitted.

“You still love her?” Lisa wondered.

“Oh I love her, as a person of course,” Jax replied. “I would do anything for her. It’s just amazing that we’ve all come full-circle considering all the hurt and all the stuff, 90 percent of that I did… 99 [percent].”

In her own Pump Rules: After Show interview, Stassi said she is just as surprised by how close she is to Jax and Brittany.

“If you were to put me back to season one when [Scheana Marie]’s rubbing lotion all over Jax’s back and I just cannot handle it and tell me, ‘You’re going to be steaming his fiancee’s dress,’ I’d be like, ‘Get the f**k out of here.’ But it’s been so long and Brittany’s been around for so long and she’s just such a good person and we’re all so close,” she explained.

As for what’s different in Stassi’s relationship with Beau, Jax said he has “a lot of patience” and “lets [Stassi] do her thing” while Lisa revealed that Beau is less competitive.

“You were more in competition with Stassi whereas Beau is happy to take a backseat, and I don’t mean he’s not equal to Stassi because he very much is, but lets her be in the spotlight,” Lisa explained.