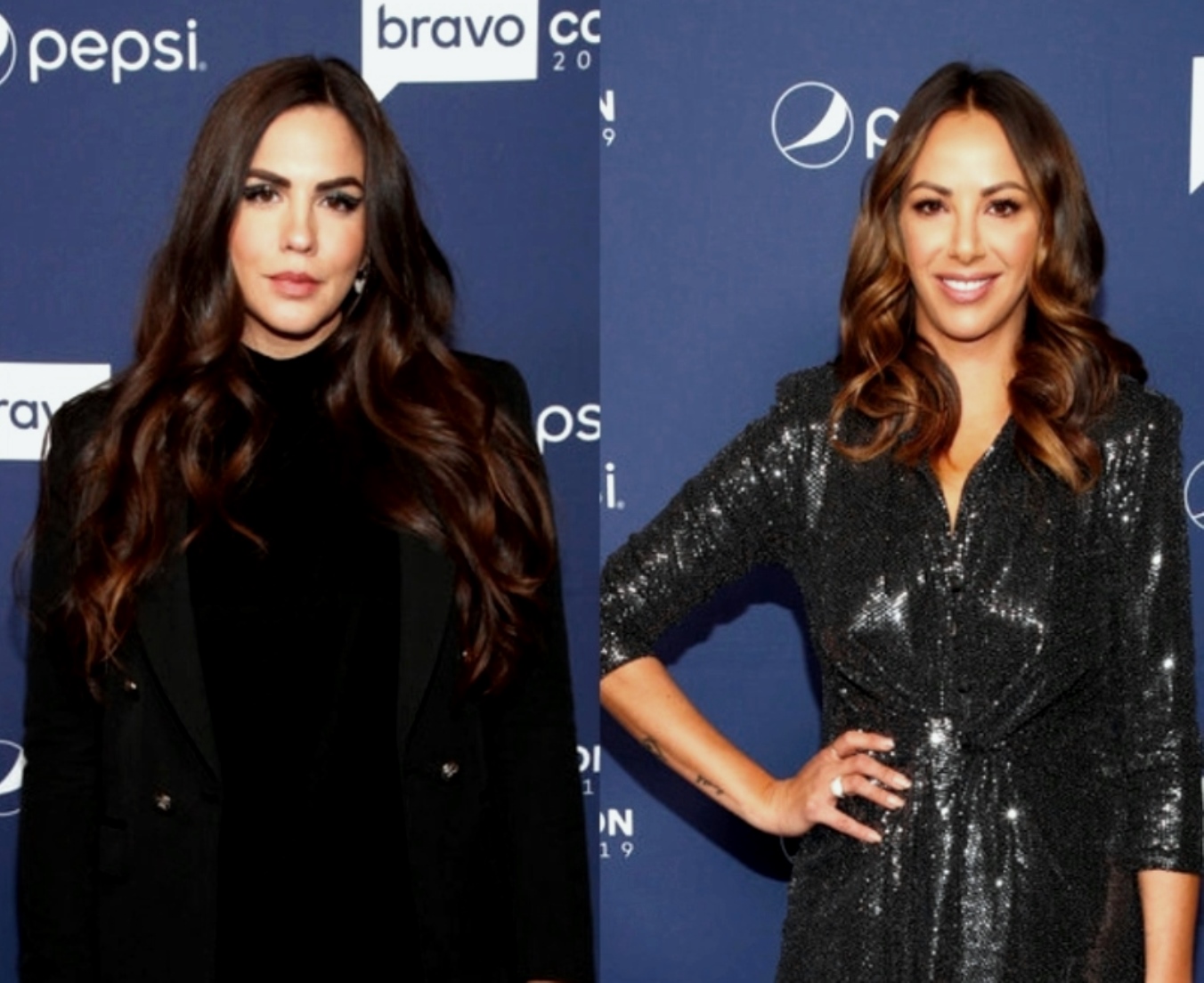 The ongoing tension between Vanderpump Rules stars Katie Maloney, Stassi Schroeder, and Kristen Doute continues to rumble on and off the show.

Recently, Kristen dissed Stassi and her podcast, which led to the two having an explosive fight on Twitter. Now, Katie is defending herself against Kristen’s claim in last week’s episode that Katie has “nothing going on.”

While Kristen tried to reconnect with the two at Tom Sandoval‘s “extra”-themed birthday party, the three devolved into a heated argument around who wasn’t making enough of an effort to promote their Witches of Weho wine.

After the episode aired, Katie clapped back on her Instagram Stories, saying she’s actually worked to promote their wine and also denied Kristen’s claim that she has nothing going on. The former Pucker & Pout blogger acknowledged how even though she’s currently stuck inside for quarantine, she still has a lot going on in her daily life.

The Pump Rules star added that even though she doesn’t have a t-shirt line or book coming out like her friends, she’s “active” and still maintains a busy life. She also addressed the montage shown on the series that showed her doing nothing.

“That little montage was me just laying around just doing nothing… That is not what my life is actually like,” Katie insisted.

She also noted how she needed some space to discover her purpose and has been taking that time to find out what’s best for her.

“It’s perfectly OK and perfectly healthy to take some time with yourself and rediscover some things,” she said. “And that is simply, you know, what I was doing.”

Katie finished her statement by teasing that she has some “exciting stuff coming out pretty soon.”

Will Katie be like her entrepreneurial co-stars? Perhaps she’s making music like James Kennedy and Lala Kent? Pump Rules fans will have to stay tuned to see what Katie has up her sleeve.