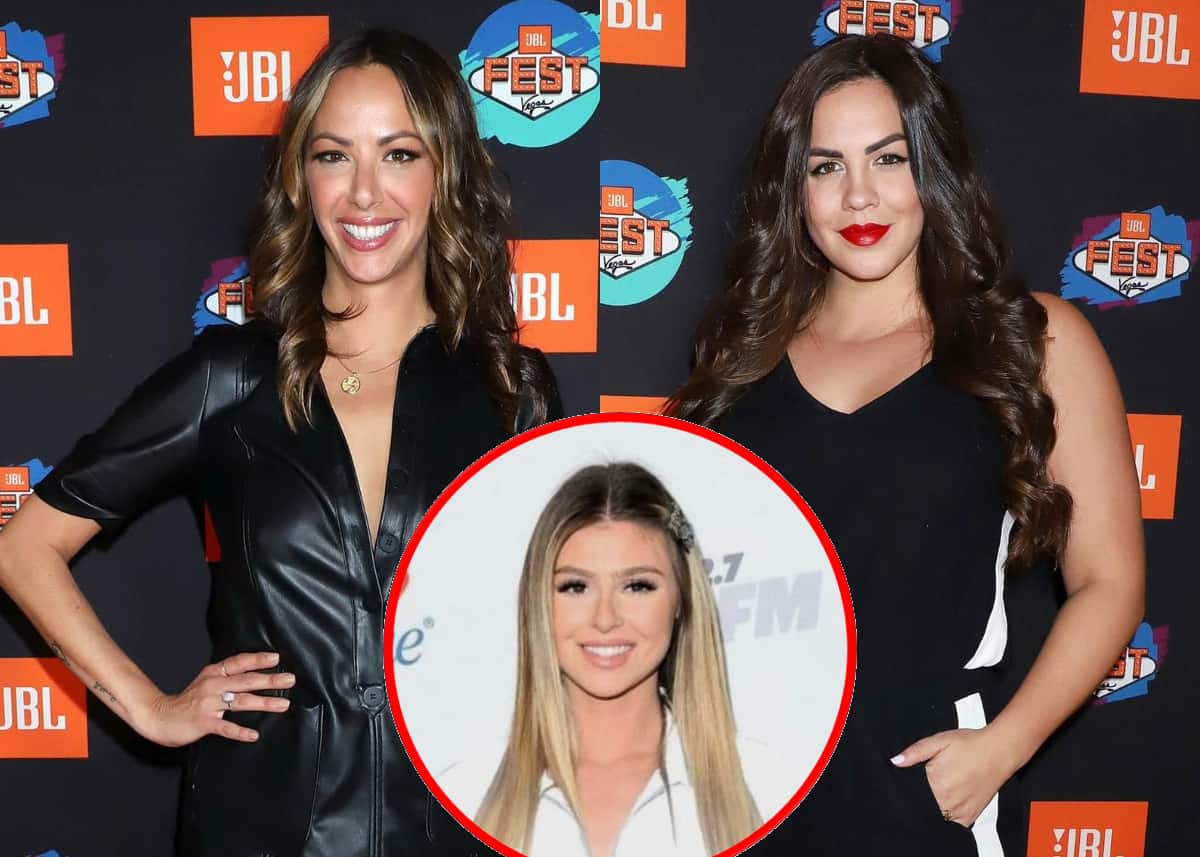 It’s no secret that some of the Vanderpump Rules‘ OGs are not seeing eye to eye these days, especially the OG ladies.  One-third of the Witches of WeHo, Kristen Doute, is not holding back and speaking out against Katie Maloney’s actions.

Kristen is fed up with the treatment she’s been receiving from former BFFs Katie and Stassi Schroeder. On this week’s episode of VPR, Katie threw a girls’ night wine party and invited every girl from the gang, except Kristen. It was pretty clear that Kristen’s feelings were hurt, and during the Pump Rules After Show, she lashed out at Katie for her ‘immature behavior.’

“It’s so purposefully mean, and cruel, and f**king stupid, and childish,” Kristen vented. “It’s one thing to have like a wine night with all of your friends and even some of the new girls at SUR, but to literally invite people that you don’t even like, that you purposefully hate, and leave me out when I live five blocks from you? I just think it’s like really childish. That’s where I stand.”

It’s clear that Kristen’s co-star, Scheana Shay, is ‘Team Kristen‘ because she also spoke out about Katie’s decision not to invite the He’s Making Me Crazy author.

“Every girl in West Hollywood is invited except, like, your supposed best friend? That’s f**ked up,” Scheana dished.

It does seem rather odd that Kristen was completely left off the guest list when you consider who Katie did invite. As fans know, Katie has never been a fan of Raquel Leviss and we’ve never actually seen the two make amends. If you recall, Raquel’s boyfriend, DJ James Kennedy, has called Katie “fat” on numerous occasions, and Raquel always made excuses for his inappropriate comments. Several other co-stars admit they were also “shocked” that the former Miss California contestant got an invite. However, Katie claims she’s just trying to be a better person.

“I’ve been trying to be more accepting of people,” Katie says. “I’m trying something new in my life for once. I’m actually not a bi**h!”

As for why Katie chose to leave Kristen out?

“It’s not supposed to be any dig at Kristen. It was just timing, sorry. I can’t put my life on hold because I’m not friends with Kristen,” she shared.

We didn’t know Katie was “friends” with the new SUR girls either, but they still got the invite. Fans love VPR for the drama and for the long-lasting friendships that have always been able to survive even under the most absurd circumstances. Unfortunately, Kristen’s feud with Katie and Stassi seems different this time. For now, we can simply keep our fingers crossed and our Witches of WeHo wine in hand and hope for the best.