Home Real Housewives of New Jersey News Here’s How a “Devastated” Teresa Giudice is Coping With the Sad Death of Her Father as the RHONJ Star Leans on Ex Joe Giudice for Support, Plus Joe’s Crushed He Can’t Be There for Family as Giacinto Gorga’s Cause of Death is Revealed

Here’s How a “Devastated” Teresa Giudice is Coping With the Sad Death of Her Father as the RHONJ Star Leans on Ex Joe Giudice for Support, Plus Joe’s Crushed He Can’t Be There for Family as Giacinto Gorga’s Cause of Death is Revealed 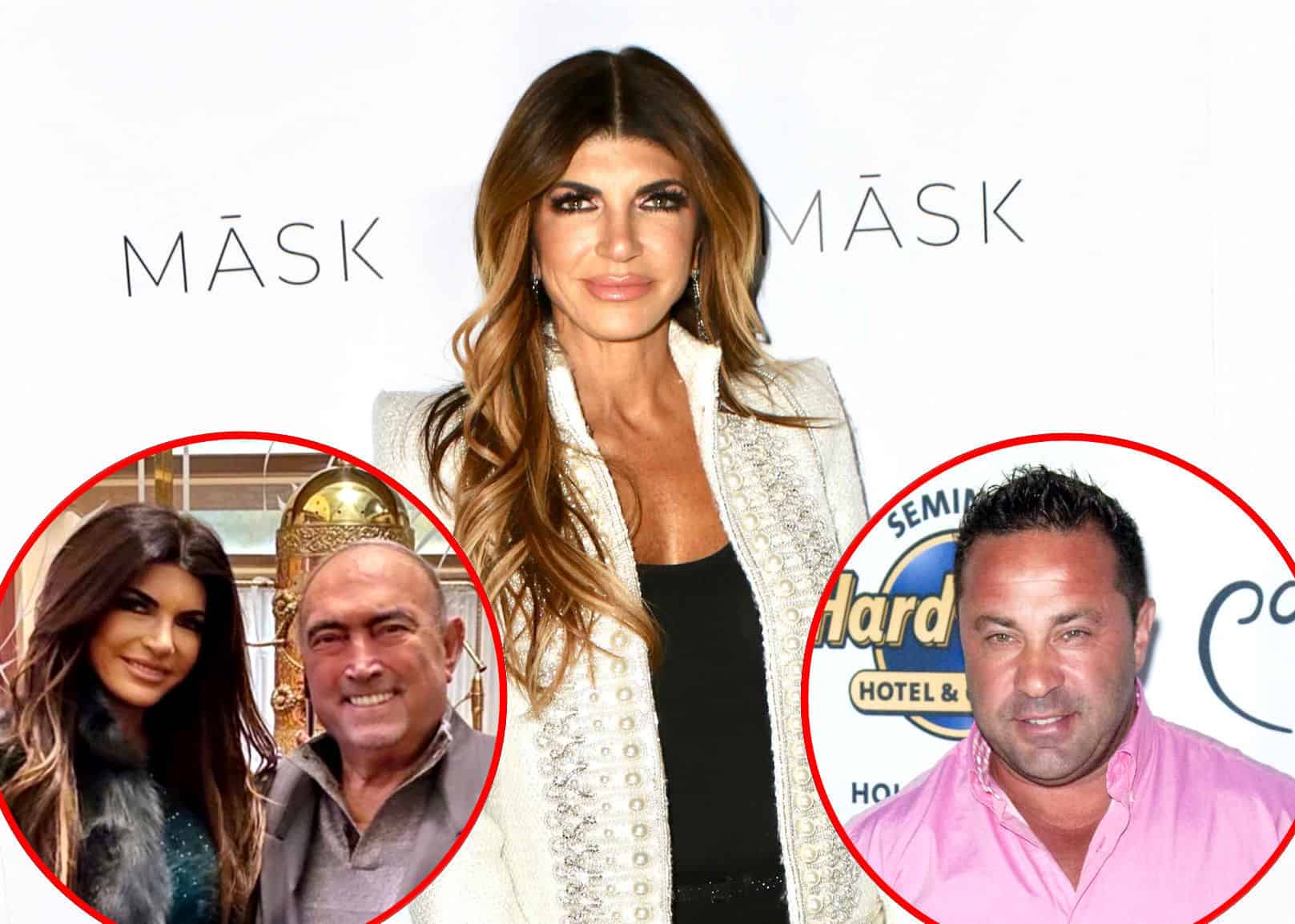 A new report is revealing how Teresa Giudice is coping following the sad death of her dad, Giacinto Gorga, last week.

Days after the Real Housewives of New Jersey cast member announced on Instagram that her father had passed away at 76, a source claims Teresa found support in her estranged husband, Joe Giudice, who currently resides in Italy, as her brother, Joe Gorga, has been staying close to his wife, Melissa Gorga, and her family.

“She’s of course devastated. Joe Gorga has been with Melissa [Gorga] and her family [her sisters and their kids] hunkered down,” a source told Hollywood Life on April 5. “She’s been talking to Joe Giudice daily as it is, but even more so now and is leaning on him and many others for support.”

According to the report, Teresa and Joe have cried together a lot. When it comes to Joe’s thoughts on the loss of Teresa’s father, he feels terrible that he can’t be in New Jersey with their kids, Gia, Gabriella, Milania, and Audriana.

“[Joe] has taken it very hard and hates that he can’t be there for his girls and an eventual funeral,” the insider said.

Joe has also been posting numerous tributes to his father-in-law since his death, including the post below. Teresa commented on the post, writing: “I know he loved every moment. Thank you Joe.” 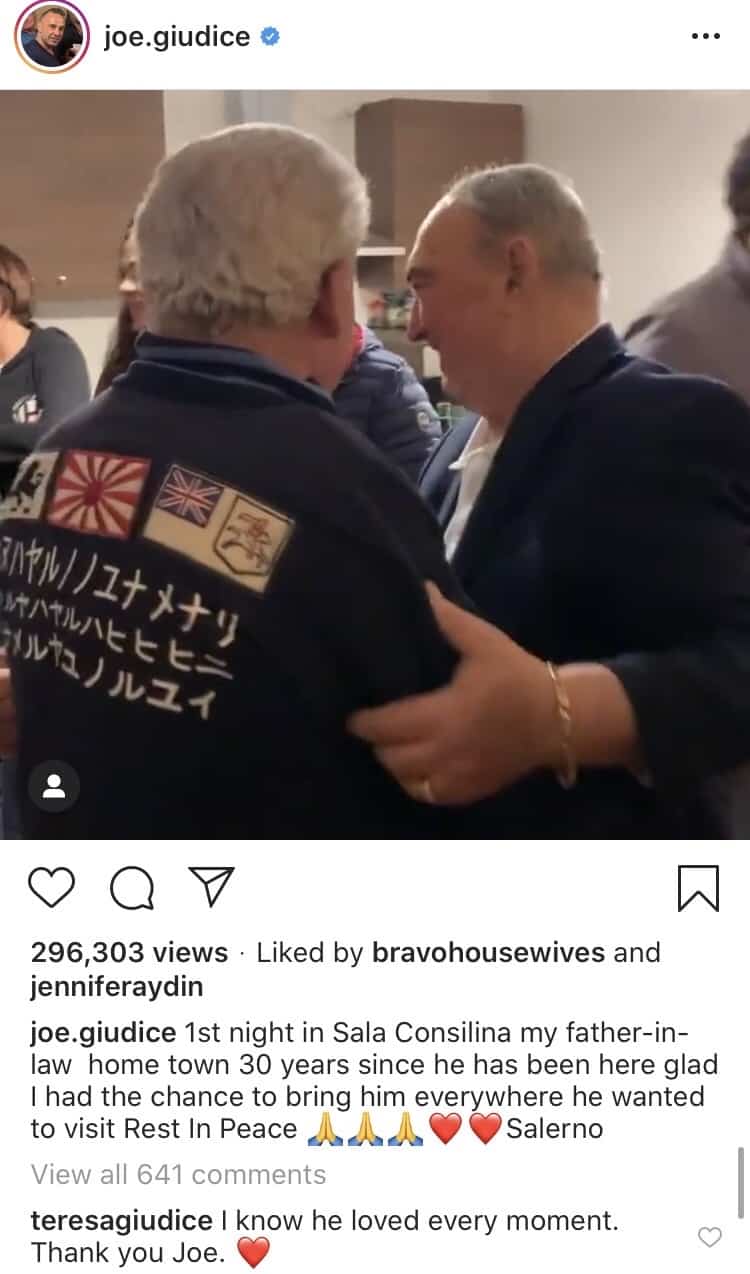 Meanwhile, despite the devastation of the loss of Giacinto, the source said Teresa is happy her father has now reunited with her mother and is no longer suffering.

“She is at peace with the fact that her father can now be with her mother. She’s very spiritual like that,” the insider explained. “He had been sick for a really, really long time and she was a full-time caretaker so of course it was challenging for her. She’s just happy he’s not suffering anymore.”

While Giacinto’s death came in the midst of a worldwide pandemic, he did not die of the coronavirus, but rather pneumonia.

“Nonno’s death was not a surprise to the family. Teresa was starting to get on edge when coronavirus was becoming a bigger thing and slowing down who was coming into the home,” the source shared. “She was very scared because she knew he was immunocompromised. She did everything to keep her dad healthy as he had a ton of health issues, but ultimately he died of pneumonia.”

A separate report by The Sun also states that Giacinto’s obituary revealed he was suffering from Chronic obstructive pulmonary disease (COPD) and heart issues.

And just moments ago, Teresa shared the post below on her Instagram page which shows her family saying goodbye to Giacinto.

Production on The Real Housewives of New Jersey season 11 is currently on hold due to the ongoing spread of the coronavirus.