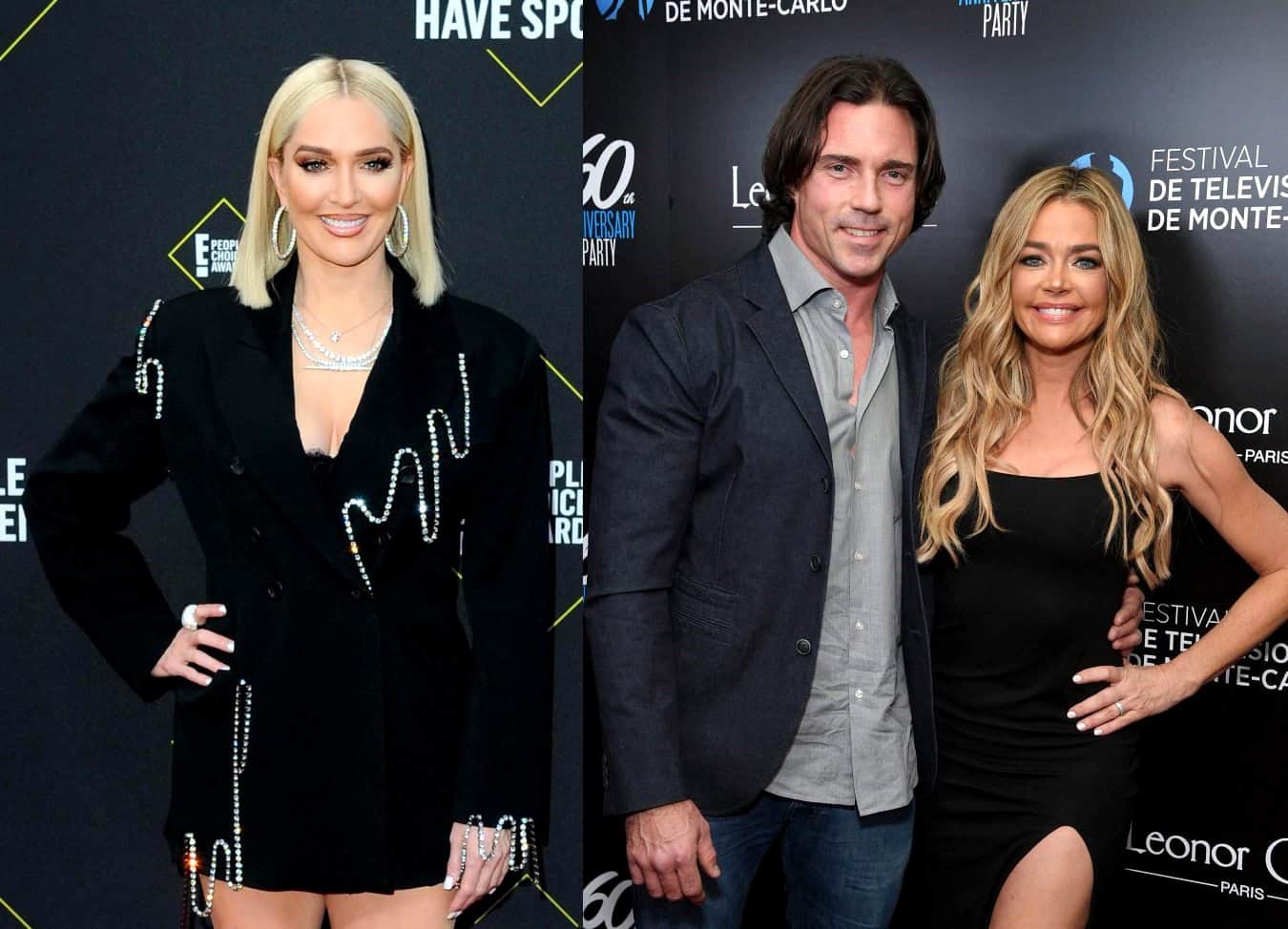 The Real Housewives of Beverly Hills star Erika Jayne is not holding back this season when it comes to drama with the ladies — and husbands.

In the explosive RHOBH trailer for season 10, fans got a better look at the alleged rumors claiming that Brandi Glanville and Denise Richards had hooked up after Denise and husband Aaron Phypers were married during RHOBH season nine.

The trailer reveals a scene where Erika and Aaron get into it as he says, “Do you really wanna go there?” and Erika replies, “Come see about me, I don’t give a f—k.”

In a new interview, Erika explained what really went down between her and Aaron and what about the exchange rubbed her the wrong way.

“There was an instance where you see Aaron and I exchange words and it [was] mostly about the way he was talking to us as a group — of women,” Erika shared with PEOPLE Now.

Last November, the Hollywood Life reported on Aaron’s drama with the ladies of the show.

“There has been lots of arguing and fighting and it’s all been on camera. He’s been inserting himself into Denise’s issues with the ladies and it’s causing even more tension and friction,” an insider shared back then.

Erika also revealed what surprised her the most this season, including friend Teddi Mellencamp‘s baby news.

“I was totally blown away when Teddi told me she was pregnant. That was probably like, the ‘Oh my gosh, wow’ moment for me.”

As far as other RHOBH shockers, the Brandi and Denise hookup drama was definitely the biggest surprise for the Broadway star.

“The revelation of the alleged affair between Brandi and Denise … [that] was definitely kind of, like wow, okay,” she stated. “That next to Teddi being pregnant.”

Erika shared she’s “not shocked at anything anymore” regarding what happens on the show, but the Denise drama with Brandi really made her “take a step back.”

Although fans are eager to know more about what went down (and how many Erika looks they can stan), Erika says they’ll just have to stay tuned.

“You really have to watch and let everyone tell their side of the story,” she teased, gearing up for an exciting season.

The Real Housewives of Beverly Hills season 10 premieres April 15 at 8 p.m. on Bravo.