Home Real Housewives of Beverly Hills News REPORT: Denise Richards is Feuding With RHOBH Cast, Find Out Why Plus Husband Aaron Phypers Also ‘Arguing and Fighting’ With Her Co-Stars

REPORT: Denise Richards is Feuding With RHOBH Cast, Find Out Why Plus Husband Aaron Phypers Also ‘Arguing and Fighting’ With Her Co-Stars 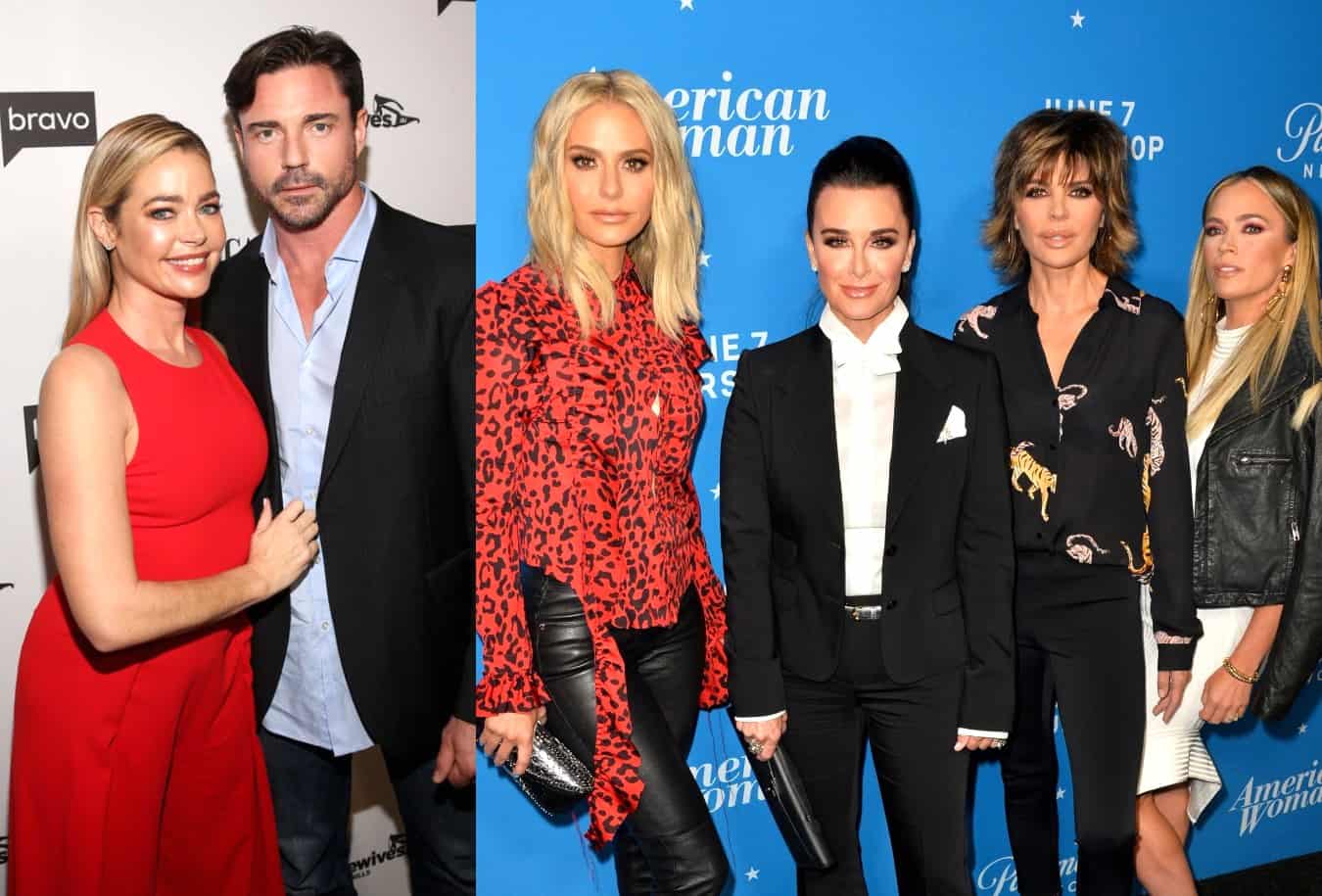 Denise Richards has reportedly found herself on the outs with the Real Housewives of Beverly Hills cast.

According to a new report, Denise is at odds with her co-stars after allegedly taking a step back from production on the Bravo TV reality series to focus on her acting career as her husband, Aaron Phypers, has been forced to defend her against the cast’s supposed feelings of unfairness.

“Denise Richards has been having a lot of issues getting along with the group so far this season and it’s causing a lot of drama amongst the cast,” a production insider revealed to Hollywood Life on November 21.

While Denise denied rumors of a potential demotion last month, the source revealed that when it comes to Denise’s relationship with her co-stars, she’s simply not as close to them this season.

“Her friendships with them are not what they once were. They’re all upset that she’s never around and find it really unfair, but Denise is busy working,” the insider continued. “They all feel like they have to work, too, so she should want to come to things as much as they do and she doesn’t.”

Because things have escalated between Denise and her co-stars at times, Aaron, who married Denise in Malibu last September, has reportedly found himself in the midst of drama with the RHOBH cast.

“There has been lots of arguing and fighting and it’s all been on camera. He’s been inserting himself into Denise’s issues with the ladies and it’s causing even more tension and friction,” the insider shared.

Also inserting herself into the drama has been new cast member Garcelle Beauvais.

“They’re all laughing at the reports that there’s no drama this season. There’s a ton and Denise is really at the center of it all. She has been bonding with Garcelle who is always quick to jump to her defense,” the source said.

Just this week, Garcelle shared a photo of herself and Denise on Instagram on their way to Italy.

“The ladies left this week on their cast trip to Rome,” the source added. “They’re all genuinely excited to be there and will return right before Thanksgiving and wrap filming the season in early December.”