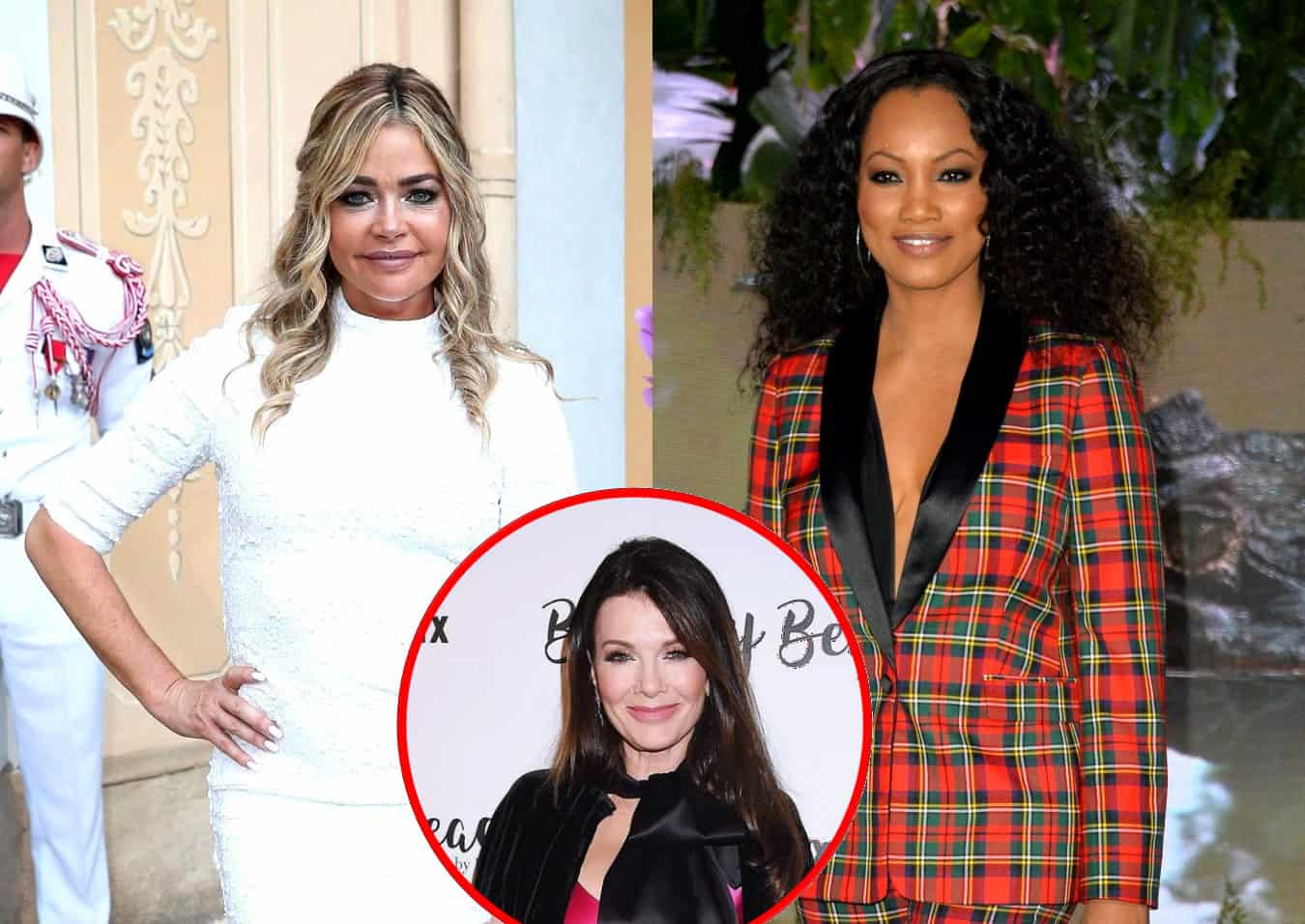 Is Denise Richards really facing a possible demotion on The Real Housewives of Beverly Hills? And what will the show be like following Lisa Vanderpump‘s exit?

While attending the Los Angeles Mission Legacy of Vision Gala days ago, Garcelle Beauvais, who joined the series in August, opened up about the upcoming 10th season as her co-star and fellow actress, Denise Richards, responded to recent rumors regarding her potential demotion.

“I’m enjoying it. It’s new. I’ve never done reality before,” Garcelle told Hollywood Life of her new reality role. “I’ve always been an actor and you get scripts and you know what to do. So this has been really interesting. But so far so good. I can’t complain. I’m sure I will at some point.”

Garcelle was added to the show, along with Sutton Stracke, as filming began on season 10.

Although there have been rumors claiming the new episodes will be lacking in drama due to Lisa’s June exit, Garcelle refuted the reports.

“I think that’s wrong,” she explained. “I mean, I think like Lisa Vanderpump had her time and I think this is a new energy, you can’t compare. This is new energy, new life and new stories. And you can’t really compare.”

“That was then, this is now. Everybody wants drama. There will be some…I mean, you’ve got to watch the show, but I will always keep it real,” she continued.

As for the reports claiming Denise has been filming RHOBH a lot less due to her busy acting career, which includes roles on BH9010 and The Bold and the Beautiful, Denise seemingly shot down any possible demotion rumors as she said in her own interview that the Bravo TV cameras have actually been filming her professional life, as well as her personal life.

“Housewives is a reality show, so they film reality, and whatever you’re working on, they’ll film that,” Denise shared with Hollywood Life. “I think that the Housewives film the jobs, and family life and other things we have going on in our life, otherwise it wouldn’t be a reality show.”

Denise also seemed stunned overall about the news that came out saying she’d been filming less, stating that she “didn’t hear” any such news. And when it comes to what drama to expect, she teased: “You’re going to have to watch, and wait, and see.”