PHOTO: RHOBH Cast Poses for Group Picture Without Denise Richards, Here’s Why She Was Missing From Pic 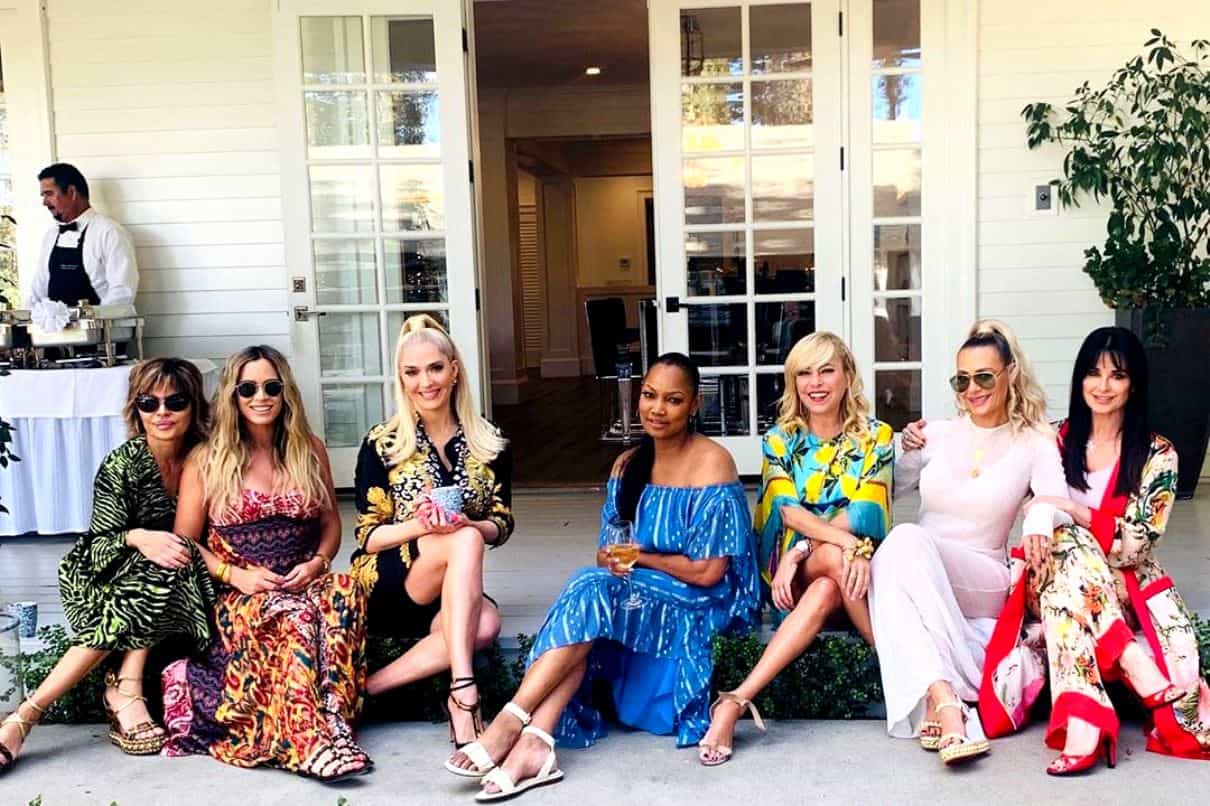 Has Denise Richards been ousted from the full-time cast of The Real Housewives of Beverly Hills ahead of season 10?

Following rumors claiming Denise has been filming less due to her busy acting career, the longest-running cast member of the Bravo TV reality series, Kyle Richards, added fuel to the reports by sharing a couple of group photos without Denise and including seven diamond emojis in the caption.

After the photos were shared, a number of Kyle’s fans and followers took note of Denise’s absence and wondered if Kyle’s caption meant that there would only be seven full-time housewives. Luckily, Kyle quickly set the record straight, and she made it clear that Denise would be part of the official full-time lineup of RHOBH season 10.

“Only 7 diamonds… Does this mean Denise is out?” one person asked.

“No it does not mean that,” Kyle replied. 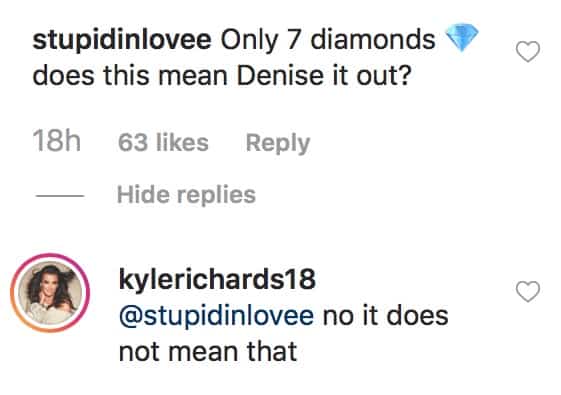 “[Seven] diamonds. So Denise is not back full-time?” another wondered.

“There are 8 of us… just not in this photo,” Kyle confirmed. 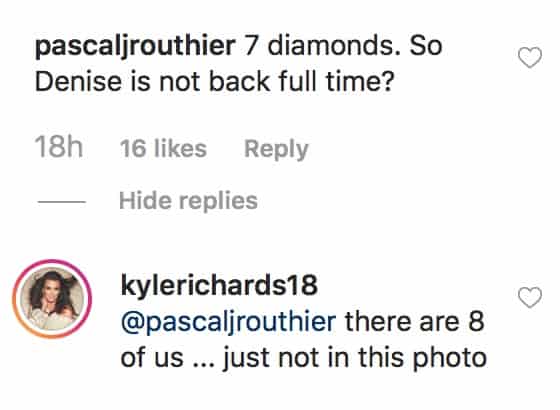 Also on Instagram, Kyle offered a behind-the-scenes look at her latest filming session with the RHOBH cast.

At the end of last month, after getting wind of the demotion rumors, Denise insisted her acting career was not getting in the way of her role as “housewife.”

“Housewives is a reality show, so they film reality, and whatever you’re working on, they’ll film that,” Denise explained to Hollywood Life. “I think that the Housewives film the jobs, and family life and other things we have going on in our life, otherwise it wouldn’t be a reality show.”

The Real Housewives of Beverly Hills season 10 is expected to air on Bravo TV sometime next year.