RHOC Star Shannon Beador Addresses Rift With Tamra Judge, Plus Find Out If Things Are Still “Awkward” With Ex David Beador as She Confirms Friendship with Kelly 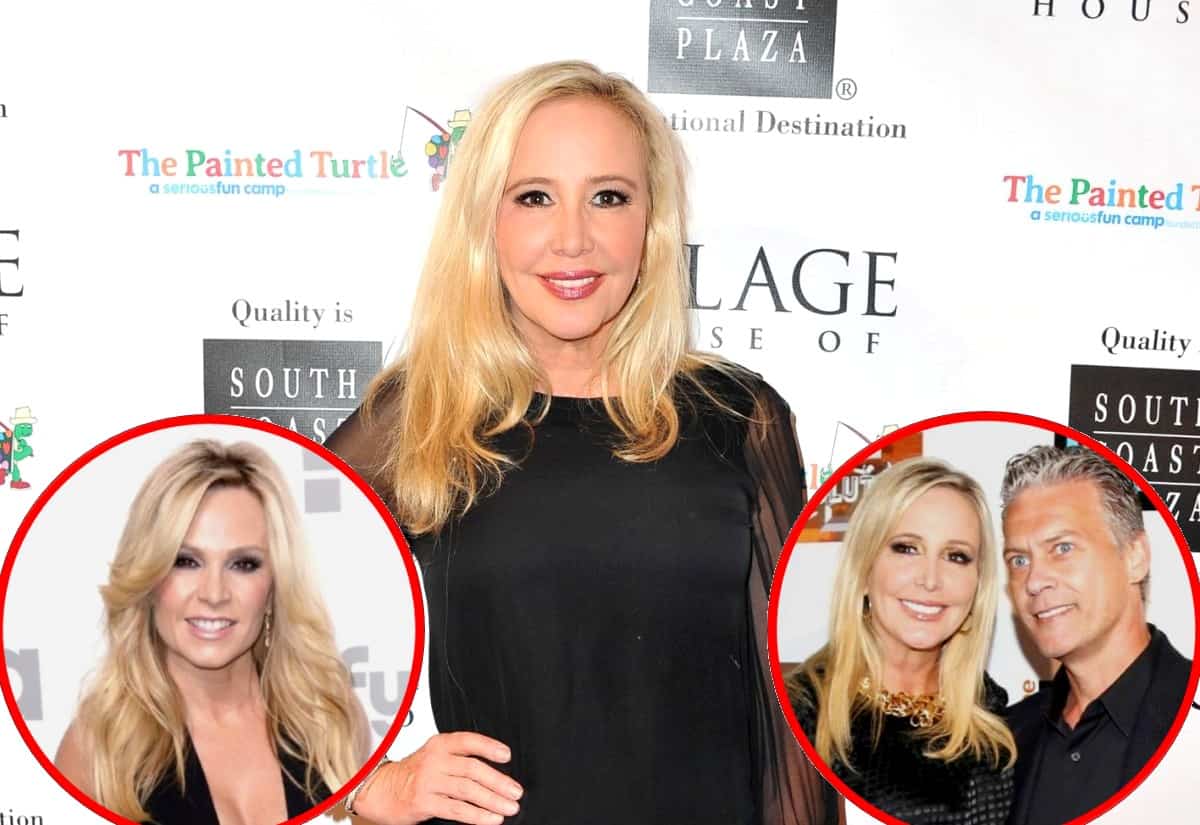 Shannon Beador of The Real Housewives of Orange County gave Instagram Live a try for the first time and provided some insight into her relationship with former co-stars, Tamra Judge and Vicki Gunvalson. She also addressed her reconciliation with Kelly Dodd and proved that things are still “awkward” with her ex-husband, David Beador.

Shannon and her boyfriend, John Janssen, hopped on Instagram Live twice last week after news broke that Tamra and Vicki unfollowed Shannon on Instagram after she posted pictures of a romantic dinner and double-date with Kelly and her fiancé, Rick Leventhal.

Shannon has yet to address their actions on the matter, but she provided a little insight. When a follower asked her about her relationship status with Vicki and Tamra, it was clear she didn’t wish to say too much, but she did share that she was “shocked” by the current situation.

Someone then asked how Shannon felt about what Tamra said, presumably the Instagram post about “fake friends,” and she began to stutter and John quickly changed the subject. She did finally open up a little more when someone commented, “Tamra said you two haven’t been speaking very much,” and Shannon confirmed Tamra’s statement.

“No we haven’t… I don’t know what’s happening so… It is what it is!” Shannon confirmed.

In both Instagram Live sessions, another popular topic was Kelly. Followers almost immediately began to ask Shannon about her relationship with her co-star and former nemesis. She stated, “Kelly and I are good friends.” However, it was obvious that she didn’t want to reveal too much information as she stated, “I don’t know if I should be saying this.” Shannon went on to admit that “Kelly and I have a lot of fun” and confirmed recent reports by stating “we’ve reconciled.”

The Real for Real Cuisine creator also admitted that Kelly was “there for her after [her] divorce.” Her boyfriend John even chimed in by stating, “you have to remember that they were good friends just a year and a half ago.” It almost seems like he was aiming his comment at Vicki and Tamra as he clearly felt there was a need to explain Shannon’s relationship with Kelly.

In the second Live, Shannon’s three daughters joined from their dad’s house. If you recall, she and the father of her girls, David, announced their decision to split back in October 2017 after David had an affair and various other reported marital issues. The former couple had a contentious divorce, but they have both moved on with new love interests.

At one point during the Live, David walked into the room where the girls were. They immediately began giggling and moved the camera away from David. A fan commented, “Awkward.” Shannon’s new beau, John, responded by saying, “It’s a little awkward, but okay.” I think it’s safe to say that there’s still some tension between the exes.

Shannon and John truly seem like they’re head over heels in love with one another and have a super sweet dynamic together. They did confirm that we’ll be seeing John on season 15 of RHOC and his three children will also be featured. However, before meeting Shannon, he had never actually watched the show, but he did have his own idea of what the show was about. He shared his “preconceived notion.”

“My preconceived notion of housewives was that it was a bunch of rich, pretentious women getting drunk and yelling at each other.”

I think he actually hit the nail on the head with that one! That’s why we love the show! He then revealed that he no longer feels this way because Shannon immediately changed his mind when they met.