Home Real Housewives of Orange County News RHOC’s David Beador Accuses Ex Shannon Beador of Conspiring with Tamra to Spread Lies About His Girlfriend! Slams Her for Talking About their Divorce Publicly

RHOC’s David Beador Accuses Ex Shannon Beador of Conspiring with Tamra to Spread Lies About His Girlfriend! Slams Her for Talking About their Divorce Publicly 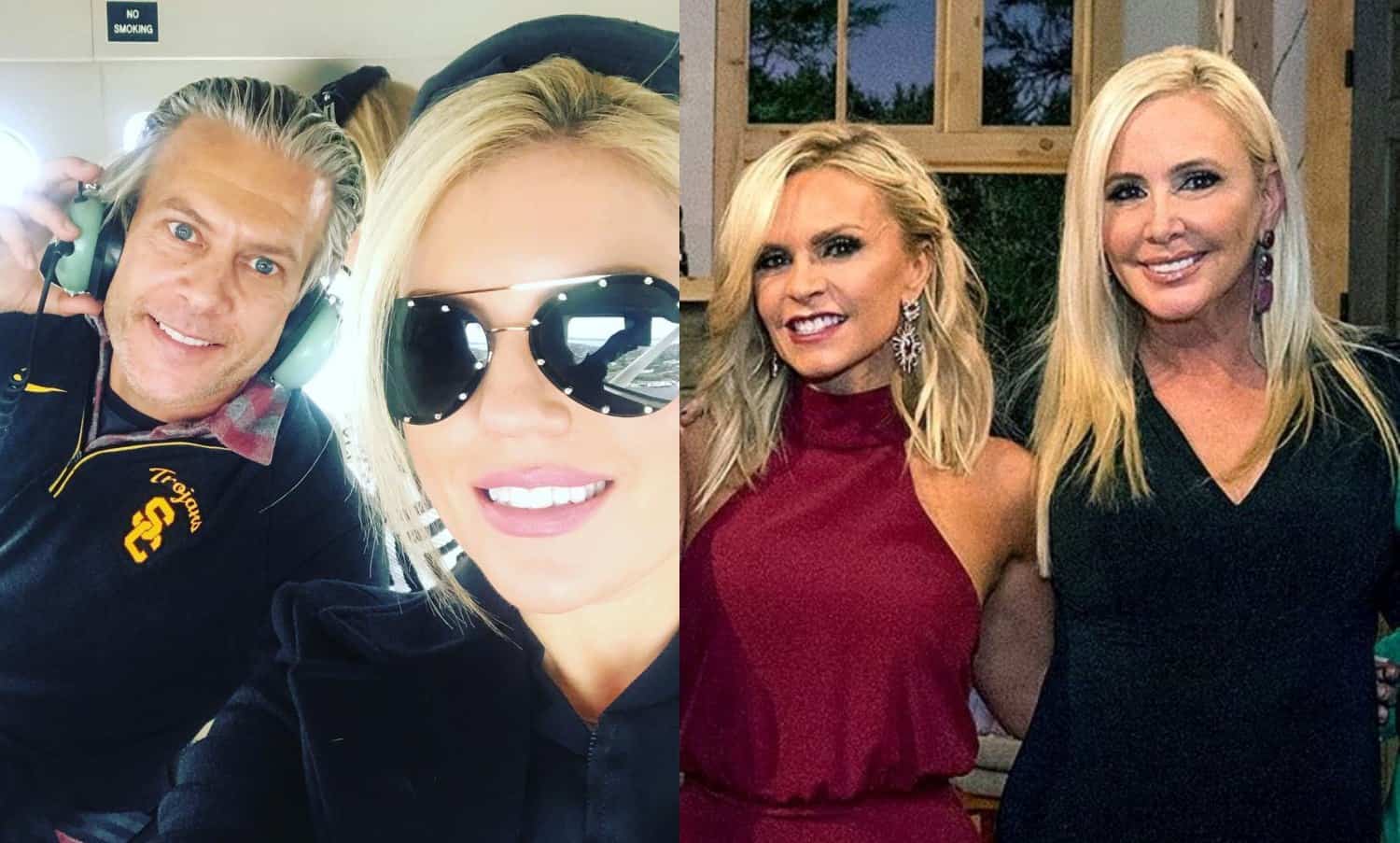 The you know what has just hit the fan when it comes to the contentious divorce between Real Housewives of Orange County star Shannon Beador and her estranged husband David Beador!

Just a day after Shannon revealed during an interview that David asked her to stop using his last name, he is now speaking out against her.

In a new statement, David slams Shannon for talking about their divorce publicly, and then accuses her of conspiring with her co-star Tamra Judge to spread lies about when he and his new girlfriend first started dating.

First, David states that he wants Shannon to stop discussing their divorce with the press… for the sake of their children.

“I think it’s sad for our children, Shannon chooses to share any aspect of our pending divorce through the press and on Bravo’s different TV avenues and advertisers [sic],” David told Page Six in an email on July 26.

He also followed in the footsteps of his girlfriend Lesley Cook by denying claims made by Tamra on the show that David and Lesley started dating in October, before his split from Shannon.  He even goes as far as to accuse Shannon of being in cahoots with Tamra, implying they purposely planned to spread this falsehood on the show.

“There are two sides to every story and relationship as everyone knows. I believe most people see through it though. Moreover, her and Tamra’s suggestion that Lesley and I met prior to my separation was a premeditated lie that I’m sure was talked about by the two of them prior to filming that scene,” stated David.

He added, “Nonetheless, Lesley is [a] beautiful, amazing, happy [woman] and mother. She and her family do not deserve the negative press those two conjure up.”

He then went on to conclude his statement by stating he wants the best for his ex…while also throwing a little bit of shade.

“Finally, I will always wish Shannon the best and hope she finds happiness with the men she is and has been dating,” he added.

As we reported, Shannon is currently dating a new man, wealthy widower Scot Matteson, and recently introduced him to one of her kids.  Her new relationship comes weeks after she confirmed she was no longer dating a guy named Alex.