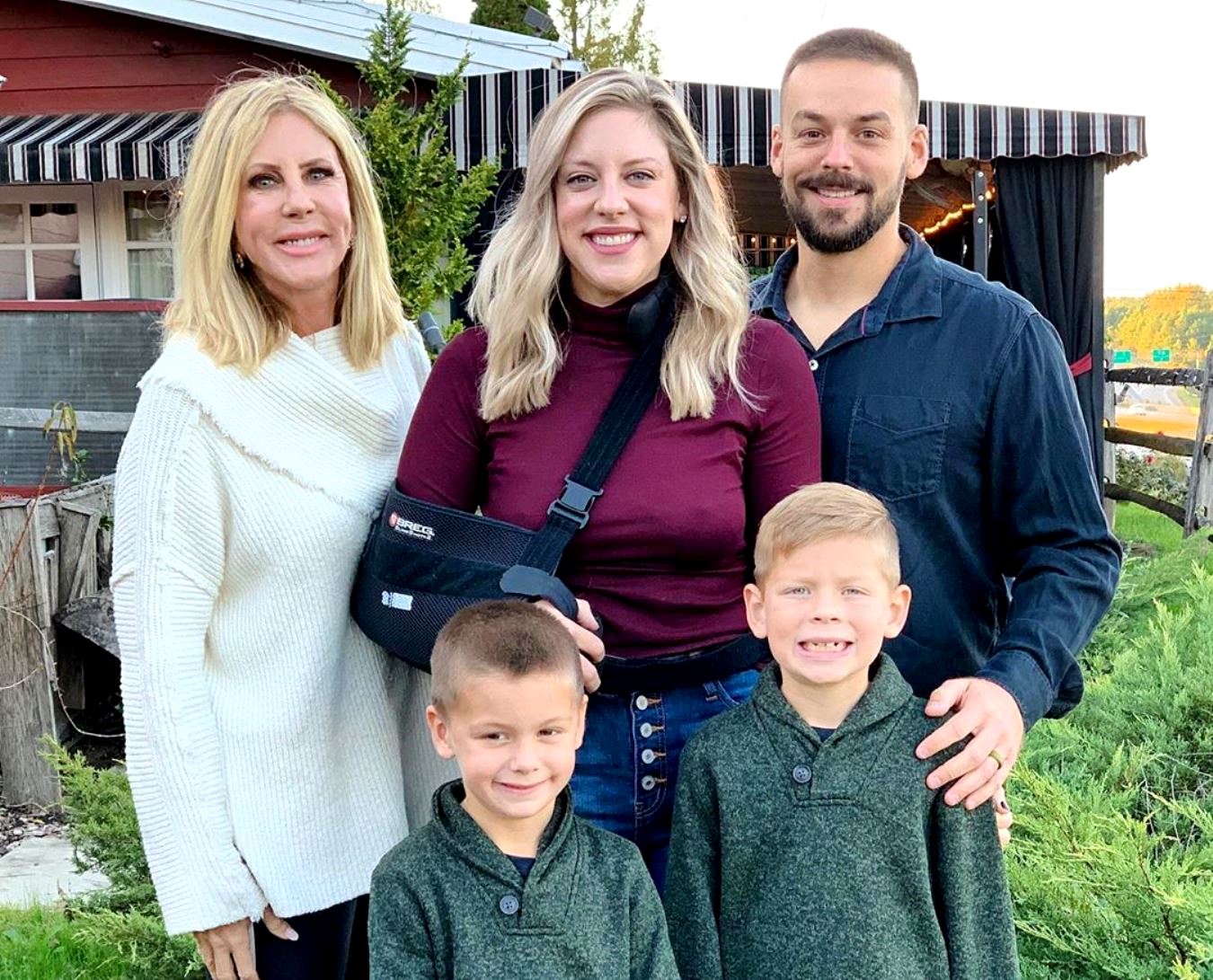 Following a coronavirus scare for the former Real Housewives of Orange County star’s daughter, Briana Culberson, who is a working nurse in North Carolina, Ryan took to his Instagram page to reveal Briana is pregnant with their third child and a short time later, Vicki and a number of other Real Housewives cast members weighed in.

“With all the bad news going on in the world hopefully this brings a smile to your face (even if it’s behind a mask). November can’t come soon enough!” Ryan wrote in his announcement, which included a series of safety pins, including one with a smaller safety pin inside.

“Couldn’t be more excited to announce #3 is on its way. Congratulations Briana and Ryan. #pregnant #baby#3 #prayforhealthybaby,” Vicki wrote on her own Instagram page, along with a re-post of Ryan’s message.

“Vicki 3 vs Steve 5. You have some catching up to do Lucy,” Steve shared. 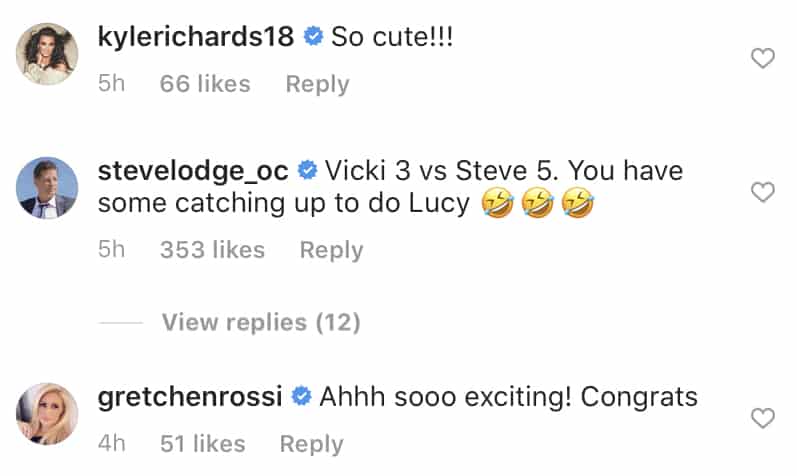 Following Ryan’s Instagram announcement, he offered some responses to his fans and followers’ potential questions, starting with a possible inquiry about whether he and Briana were hoping for a boy or girl.

“We don’t care [if it’s a boy or girl] we’re just praying for healthy,” he stated.

Ryan then revealed that Briana conceived their third child prior to the corona outbreak and confirmed they will not be naming their child anything related to the virus.

“Yes she will still stay on a ketogenic lifestyle,” he continued.

As for the reaction of his and Briana’s older children, sons Troy and Owen, Ryan said Owen will “be the perfect middle child” and revealed the “boys and us are super pumped!” 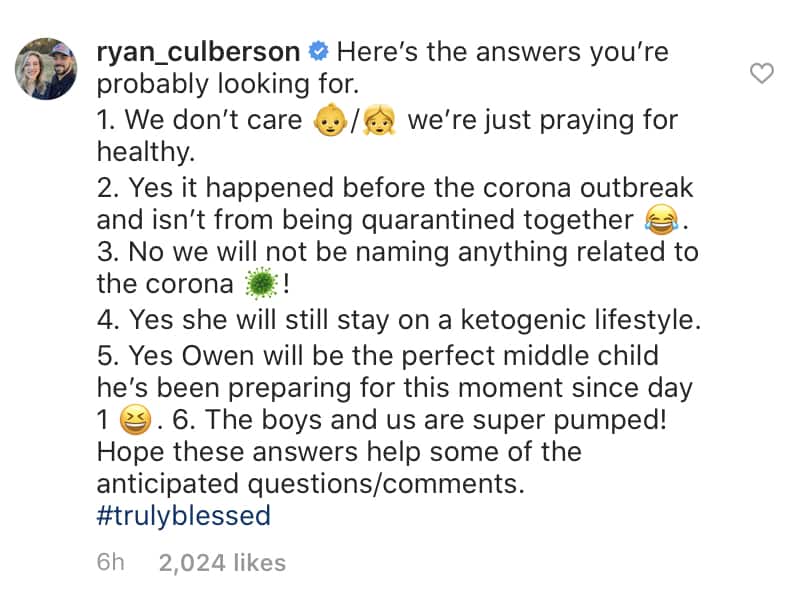 Briana began experiencing symptoms that seemed to be that of COVID-19 last month but ultimately tested negative for the virus.