Erika Jayne Reveals if “Puppy Gate” is Mentioned on New RHOBH Season and Says Cast Bonded After Lisa Vanderpump Left, Plus Has Teddi Mellencamp Spoken to Lisa Since Her Exit? 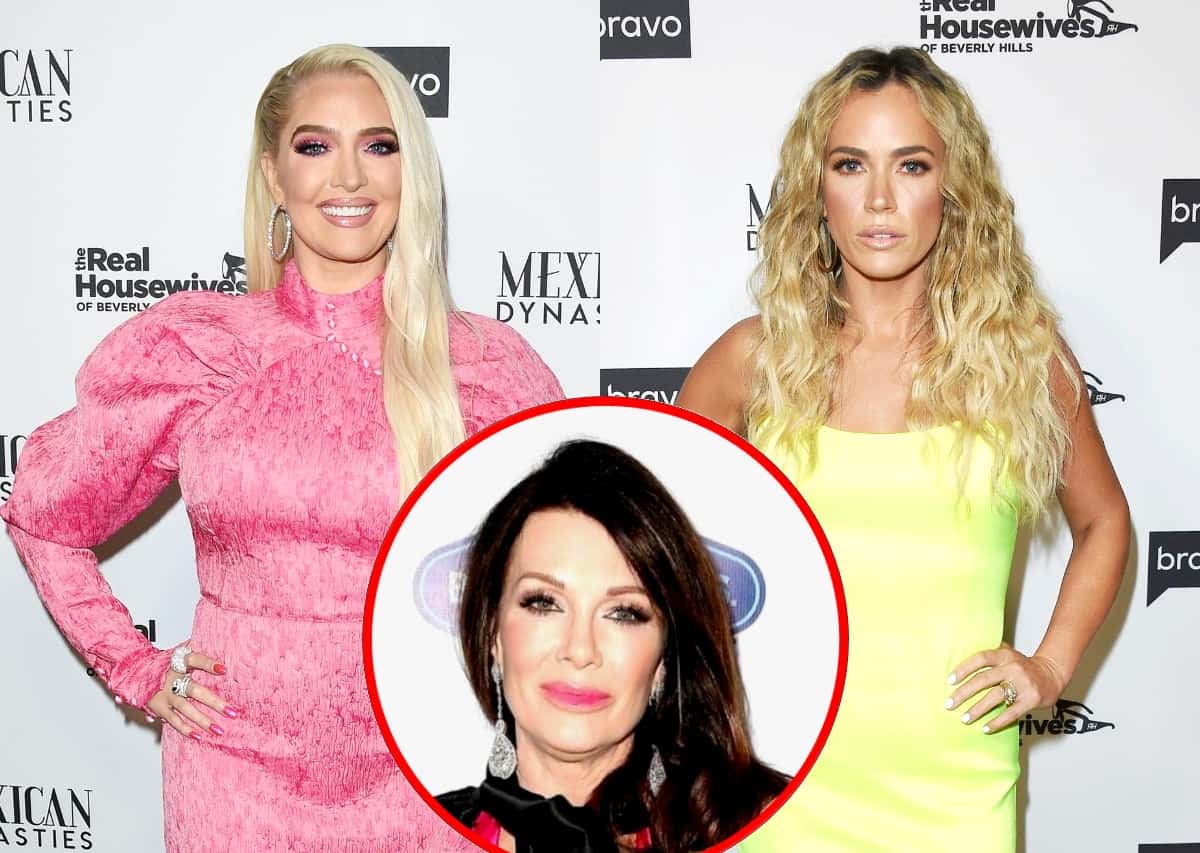 Erika Jayne claims Lisa Vanderpump‘s June 2019 exit from The Real Housewives of Beverly Hills actually had a positive impact on her and her co-stars.

During a new interview, Erika and Teddi Mellencamp opened up about the upcoming 10th season of the show. Erika dished on the “shift” of the new episodes, her frustration with the ongoing chatter about Lisa, and the rumors regarding Denise Richards and Brandi Glanville‘s affair. Teddi spoke about “Puppy Gate” and revealed if she’s spoken to Lisa since her exit.

“There was a big shift last year. We lost a cast member in the middle of conflicts. But when that happens, the five of us, we became close. I think that certain things bond you,” Erika explained to Us Weekly. “It’s been years now that I’ve known these women and because of that experience, I think that we all sort of opened up a little bit more to each other and things are different whenever you shift.”

While Erika and her co-stars have been continuously asked about Lisa since she left the show after season nine, Erika wants to move on and focus on the remaining cast members of the series.

“We have a really nice cast of hardworking women that have shown up and made the best show possible, and given our hearts, soul, family, time, [and] money,” she explained. “I get irritated when I keep hearing the past, because we are in this present moment and we have worked our a**es off to create a great show.”

“I didn’t even address who that person was when we first started talking because that is in the past for me,” she added.

As for whether or not “Puppy Gate” will be discussed on RHOBH season 10, Teddi told the magazine that she didn’t believe “one word” about the season nine scandal would be seen on the upcoming episodes as Erika suggested there may be one brief mention.

“I don’t think we talked about that. No Lucy, Lucy Apple Juicy, even though I think I saw her at the dog park,” Teddi said.

Teddi then revealed that she hasn’t seen Lisa at all since she left the show, which didn’t come as much of a surprise to her due to the fact that they were not friends before she joined the series in 2017.

“I haven’t seen her at all but, you know, before I had met her on the show, I had never seen her at all either. I think I said my peace and how I felt about the situation and I kind of just have to leave it at that and focus on all the big personalities and friends that I do have on the show,” Teddi explained.