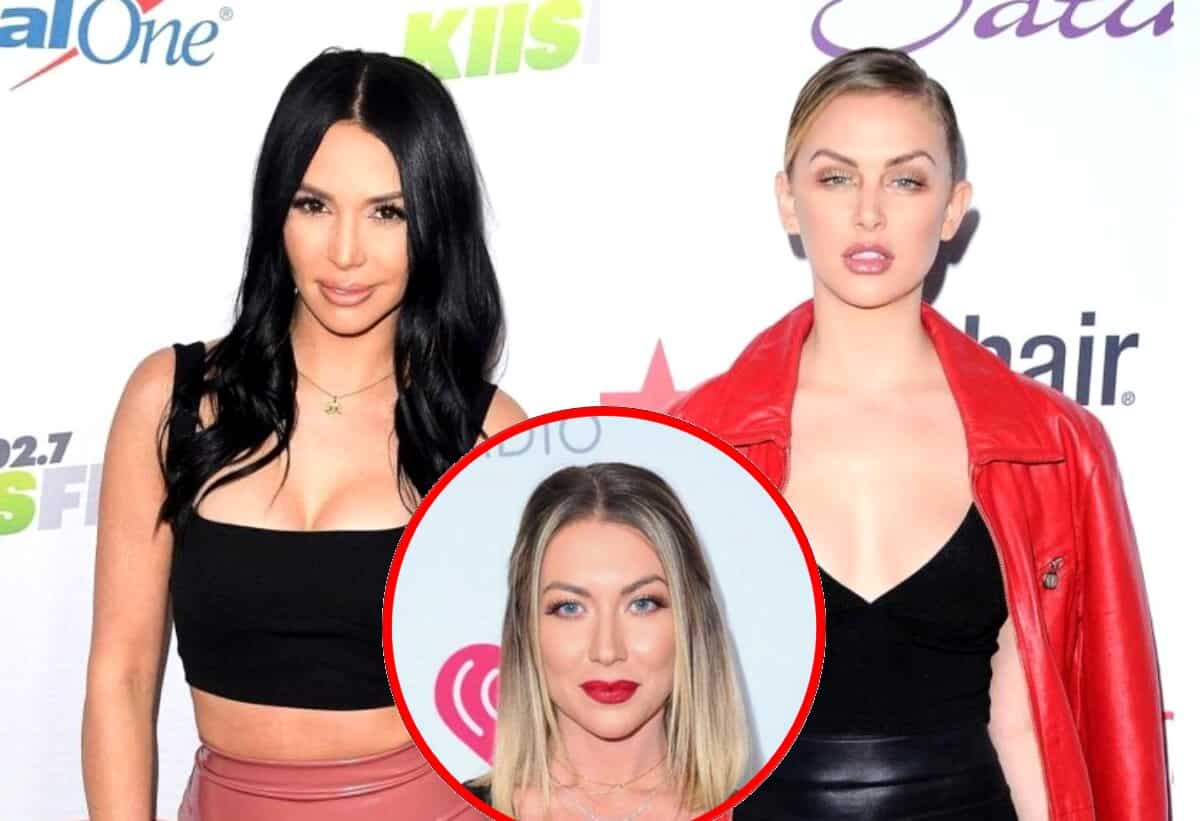 Scheana Shay is sick of the way Lala Kent and Stassi Schroeder have been treating her on Vanderpump Rules.

After Lala was seen criticizing Scheana’s love life and many male “best friends,” the ladies appeared on the Vanderpump Rules: After Show, where Scheana slammed Lala and Stassi for acting as if they’re better than her and treating her in a “condescending” manner as Lala explained why Scheana frequently looks “crazy” on the show and suggested she grow up.

“I think she was just low-key being a b***h,” Scheana explained of the comments Lala made during Tuesday’s episode. “It’s one of those things I would say Lala and Stassi, more than anyone else, like to do. They feel like they have this like, [higher-than-thou] energy and they’re better than me.”

According to Scheana, Lala giving her advice doesn’t make sense to her because her life is completely different.

“Her being engaged and having everything she wants in life and her life is perfect, to try and give me advice or talk down to me, I’m like, ‘Stop trying to compare y’alls lives to mine.’ That was the thing that was most frustrating,” Scheana admitted. “I’m like, ‘You wake up in a mansion every day with two adorable little girls and a man who loves you. I wake up alone with two cats who love me.'”

Although Scheana acknowledged that she loves her life at the beach, she doesn’t believe Lala or Stassi should be telling her where she’s gone wrong or how she should feel.

“They treat me in this way where it’s very condescending [and] very patronizing,” she explained.

During her own Pump Rules: After Show segment, Lala said she feels Scheana hasn’t learned from any of her mistakes.

“I just feel so badly for her because she doesn’t learn from anything. If she could be around hot, younger dudes and be a normal person, by all means, have them around all the time. But history shows that she doesn’t know how to do that,” she explained.

“You have hot, young boys around and then you call them your best friend, you f**k them, you fall for them, they don’t like you back and it turns into you crying and being confused and on camera, you look crazy again,” Lala continued.

Lala went on to suggest Scheana “grow up” before taking aim at her not only her behavior, but also her look.

“We have to grow up. It’s not interesting to watch a 34-year-old woman in a crop top and a sl***y Jojo Siwa pony doing the same thing over and over again,” she shared.