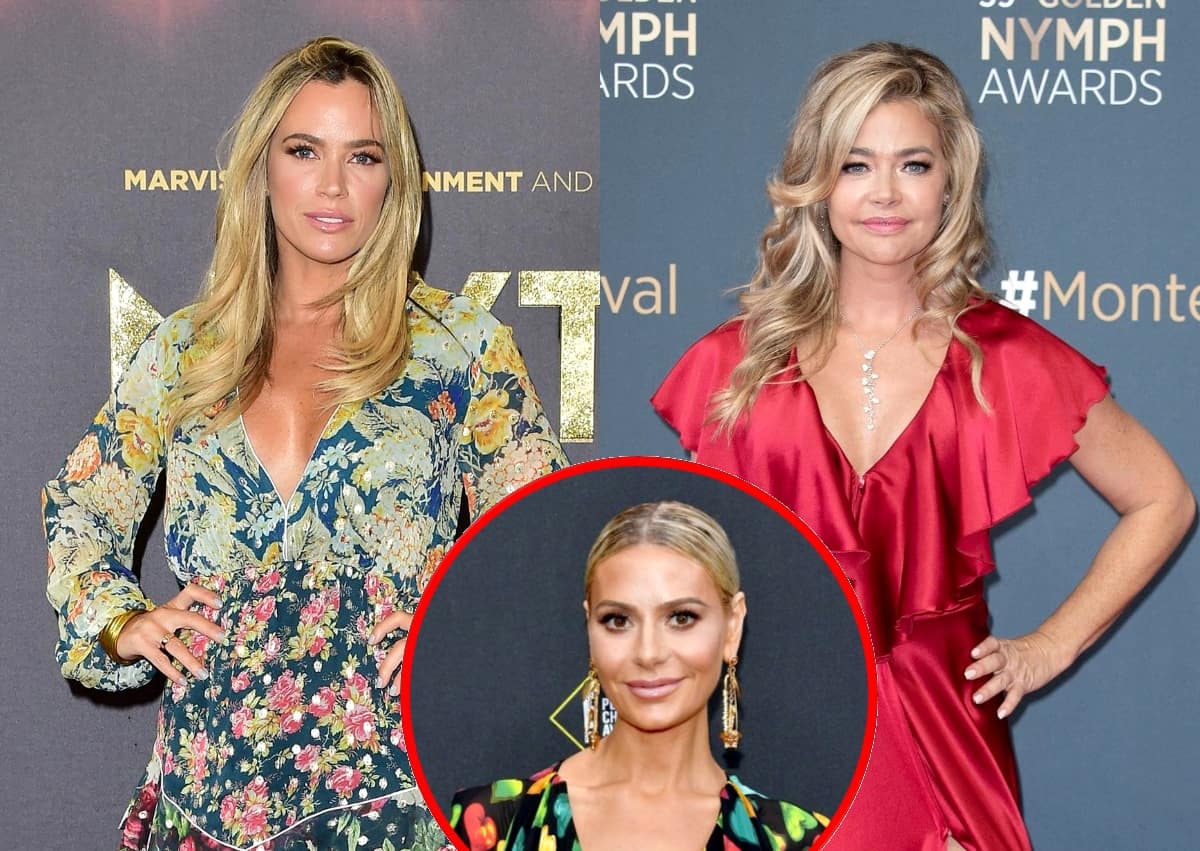 After that fiery premiere episode from The Real Housewives of Beverly Hills, cast member Teddi Mellencamp definitely had some thoughts about co-star Denise Richards, and Denise did not hesitate to clap back at Teddi, as she also lobbied a surprising accusation against Teddi.

Fans got to see a preview of some shocking footage from future episodes, with Denise breaking the fourth wall by saying, “Bravo, Bravo, f—king Bravo!” in a scene where she was confronted by her costars as the show announced she stopped filming in December.

“When they showed [that] moment I was like [her jaw drops] … because obviously I saw that happen multiple times by that particular person but I was like, ‘Who does that?'” she told PEOPLE Now. “You can’t just [do something like that] and act like it didn’t happen — that’s not how it works. We all signed up to do this and we have to show the good, the bad, and the ugly.”

As Kyle Richards explained in an interview this week, there was a rumor amongst the ladies that if you don’t want Bravo to air an embarrassing scene, you can try to break the fourth wall by yelling ‘Bravo’ or ‘Andy Cohen’ so that way, it makes it almost impossible for the scene to air.

Following her interview, Teddi also took to Twitter to throw shade at Denise. She tweeted, “Bravo Bravo Bravo always keeps it rolling even when you try to control things #RHOBH.”

Denise later fired back at Teddi, saying Teddi was the one who told her that yelling ‘Bravo’ during a scene would lead to the scene not being used.

Denise tweeted, “You were that someone that told me . @KyleRichards about it.” 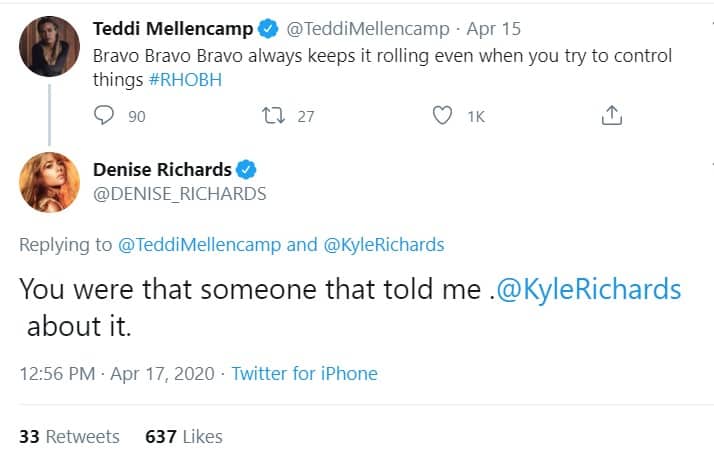 While Teddi has yet to respond to Denise’s accusation, the mother of three shared how she’s done or said things before she’s of course regretted, but that’s part of the deal when signing up to do a reality show. Even so, Teddi wasn’t shocked that Denise stopped filming.

“I feel like Denise puts out there what she wants you to see and if she can’t display it the way that she wants the audience to see it, she wants to flee from it,” she explained to PEOPLE Now. “The interesting part is that you don’t mind when it’s other peoples’ lives having drama, but when it’s yours, you flee.”

As far as Denise returning to the franchise to film for another potential season, Teddi shared how she thinks Denise cares more about what the audience thinks vs. how anyone in the group feels, so it would probably depend on the audience’s reaction, ultimately.

Having one of their cast members feel ganged up on and abruptly leave has caused many to draw comparisons to last year’s “Puppygate” drama that ultimately lead to OG Lisa Vanderpump‘s departure. Teddi shared that although the situations were somewhat similar, the Denise drama that ensued never got resolved and played out much differently.

“It felt very different because this was like an ongoing thing. There were new issues that just kept adding up adding up that never could actually be resolved,” she explained.

This year may also resurrect some old drama between Teddi and Dorit Kemsley, with Dorit calling out Teddi for being “judgmental” in the RHOBH season 10 trailer.

“I think Dorit and I have some ups and downs and we can laugh at it or we can fight about it but, you know, it is what it is,” she told Us Weekly. “And you know what — sometimes I can be judge-y!” she laughed. “I’m a hormonal, know-it-all, judge-y … all the things!”

The RHOBH airs Wednesday nights at 8/7c on Bravo TV.