Home Real Housewives of Atlanta News PHOTOS: See the First Picture of RHOA Cast at the Virtual Reunion Taping as Host Andy Cohen Films it Pants-Less and Calls it “Epic”

PHOTOS: See the First Picture of RHOA Cast at the Virtual Reunion Taping as Host Andy Cohen Films it Pants-Less and Calls it “Epic” 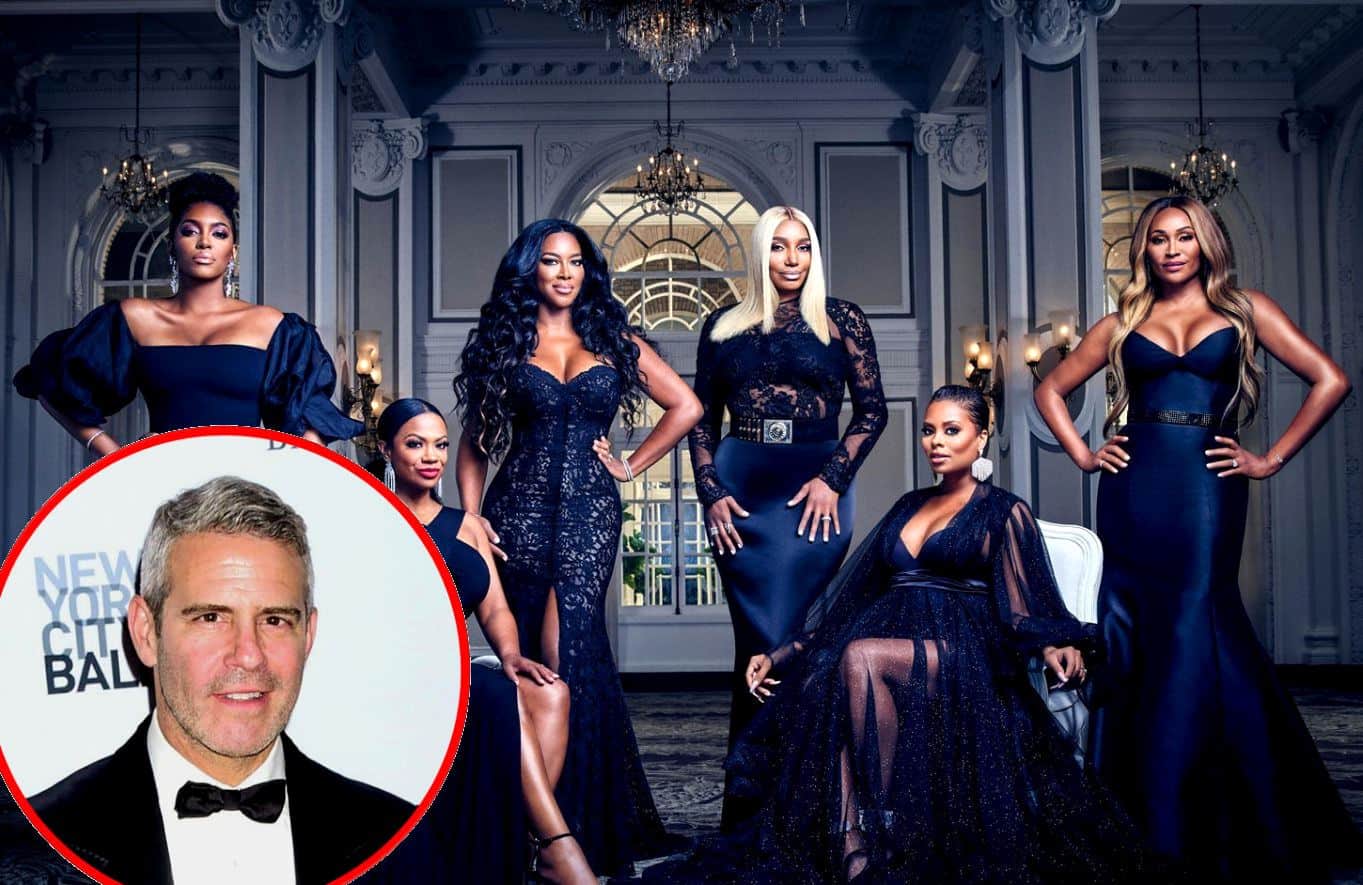 The Real Housewives of Atlanta cast filmed their first virtual reunion on Thursday, and during and after the taping, a number of photos surfaced online.

Following the conclusion of the currently airing 12th season, Nene Leakes, Kandi Burruss, Cynthia Bailey, Eva Marcille, Kenya Moore, and Porsha Williams reunited online to rehash the drama of the season with a pants-less Andy Cohen, who has since labeled the taping “epic.”

“It’s #RHOA Reunion day and I’m celebrating by not wearing pants!” Andy wrote in the caption of an April 23 photo.

After Andy debuted his partially suited up look, Irealhousewives shared a sneak peek at the upcoming reunion. It featured Andy in the middle position of a video call, with Kenya, Kandi, and Eva on the left of him, and Nene, Porsha, and Cynthia on the right. 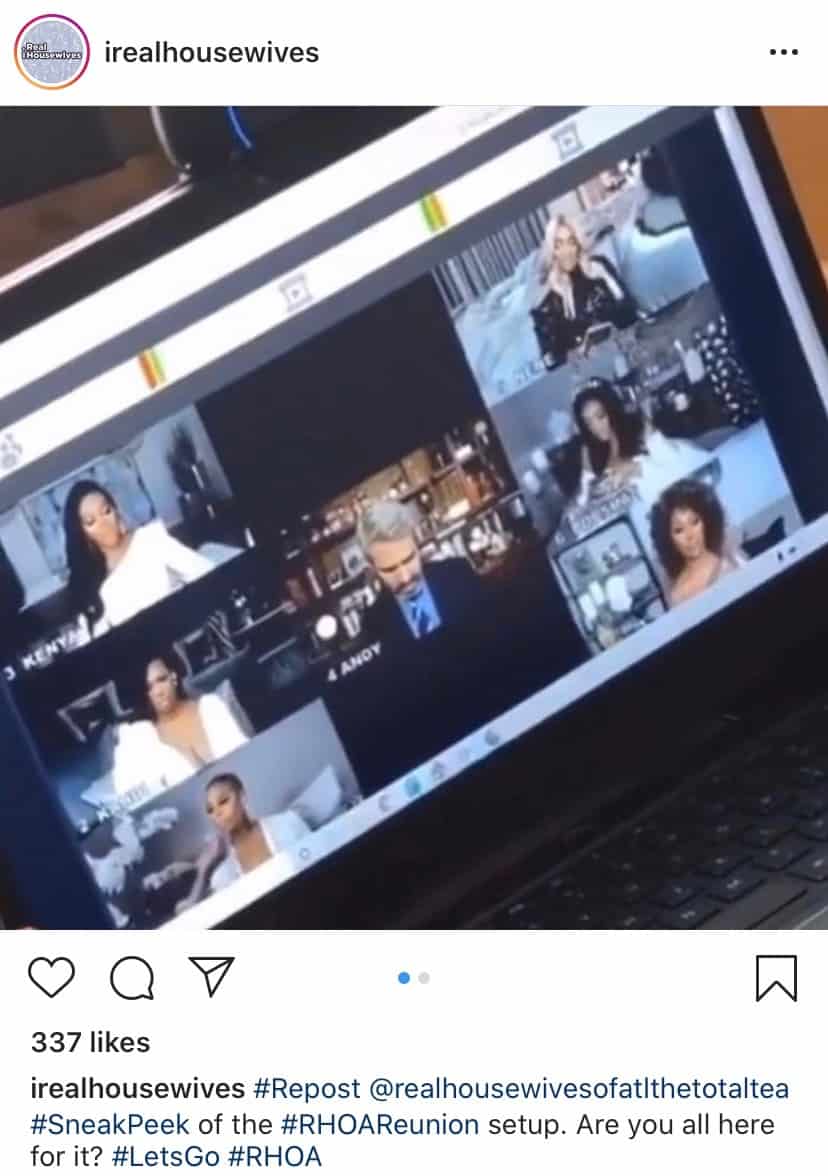 Prior to the taping, Kenya shared a photo of herself with her glam squad and her daughter, Brooklyn Doris Daly. 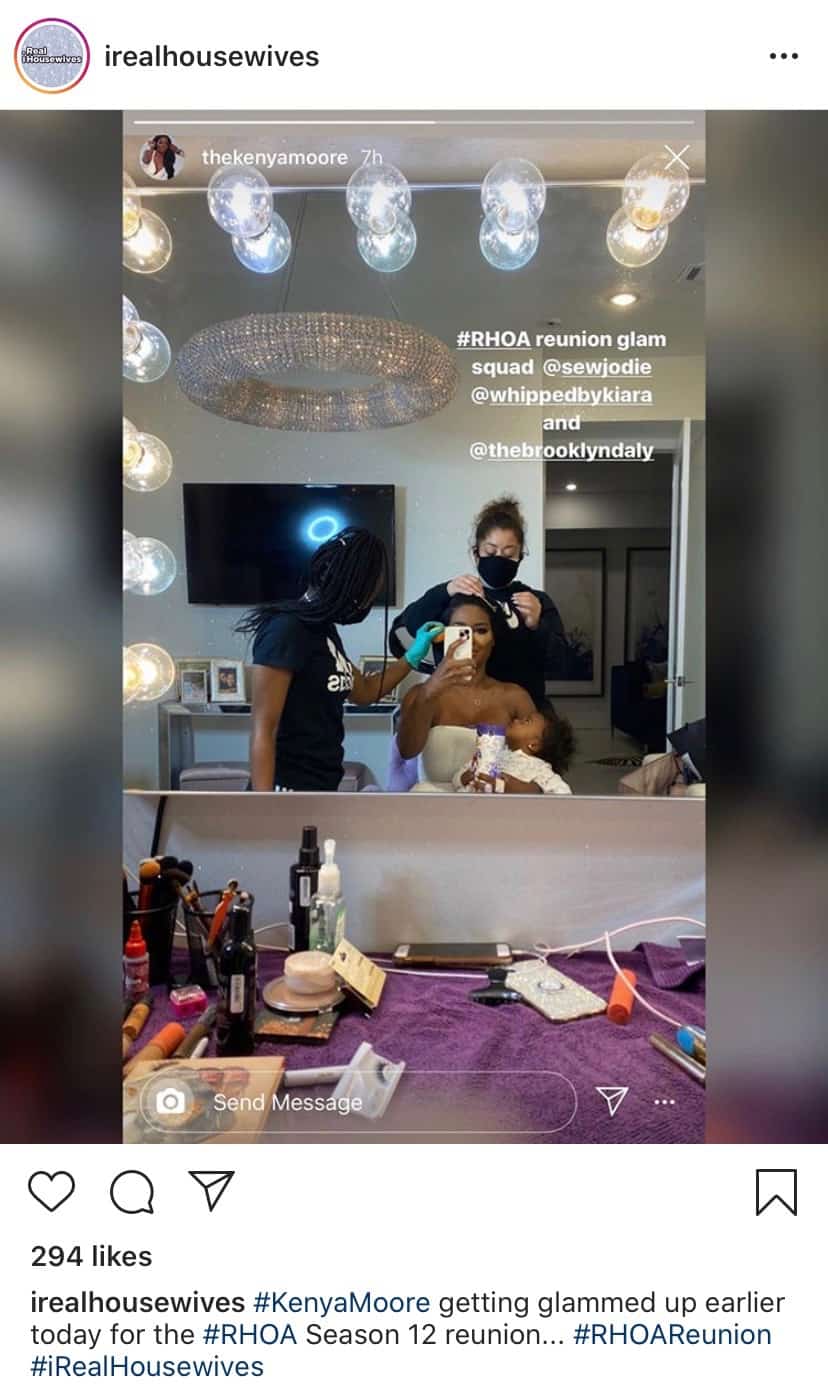 While the ladies didn’t meet up in a studio for the taping, Kandi did show off a sign with her name on it, much like the ones the RHOA cast often has on their dressing rooms during tapings.

Following the filming, an exhausted-looking Andy returned to social media, where he reacted to the taping on his Instagram Stories.

“Even though it was virtual, it was as epic as every Atlanta reunion has been,” Andy continued. “Here are my cards. I’m putting them in the garbage. I’m going to get some tequila [and] I’m turning out the lights and I will have you know, I’m not wearing pants. Still.”

On Friday morning, Andy returned to his Instagram Stories with a tequila hangover, where he applauded the hard work of the RHOA cast and confirmed the reunion special will air in three parts.

“They worked so hard to make that reunion happen. We had days of technical rehearsals and stuff just to make sure that it would look good and I think it did, believe it or not,” Andy said.

“It’s definitely going to be three-parts. Content-wise, there’s so much stuff there and I’m tipping my hat to the Atlanta housewives today,” he added.