Home Real Housewives of Atlanta News PHOTOS: RHOA Star Kenya Moore’s Estranged Mother Reaches Out to Her, See Photos of the Unexpected Birthday Gift and Letter to Her Daughter Brooklyn 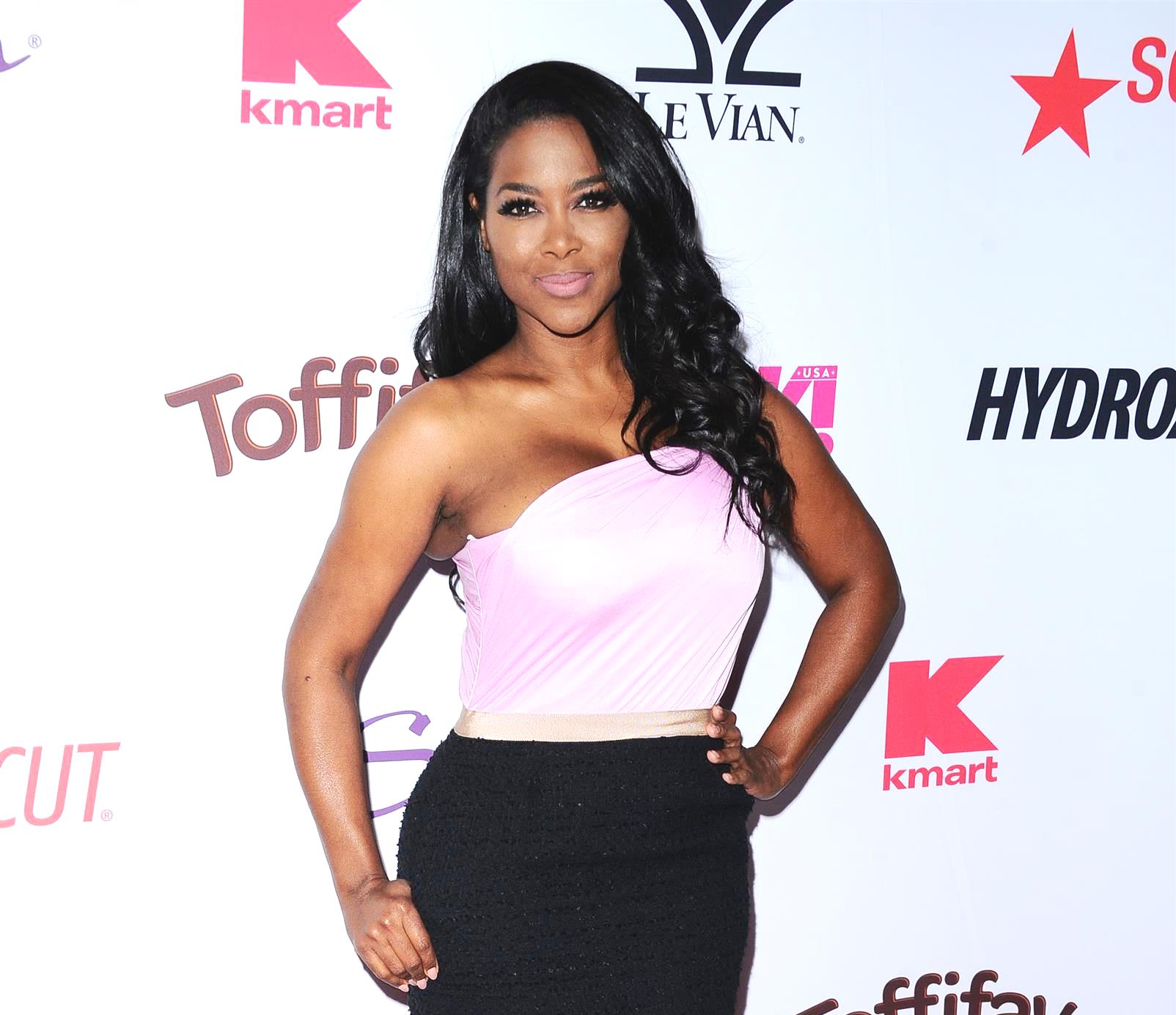 Is Kenya Moore on the cusp of a reconciliation with her estranged mother, Patricia Moore?

After abandoning the Real Housewives of Atlanta star as a baby, Patricia reached out to the daughter Kenya shares with her soon-to-be-ex-husband, Marc Daly, one-year-old Brooklyn Doris Daly, by sending her an unexpected gift for her recent birthday. Kenya’s co-stars couldn’t be happier for the family.

“My prayer has always been to have a family. We had a late celebration for [Brooklyn] for her birthday and got a surprise of a lifetime. My mother sent her a gift for her,” Kenya revealed on December 24.

According to Kenya, she lost hope for a relationship with her mother before the arrival of the gift, which included numerous outfits and a card signed by Patricia and Kenya’s grandmother.

“I had stopped praying about our relationship but God sent a message through my child. This is life. And despite challenges God is always on time,” she explained. “Happy Holidays #love #family #Forgiveness #miraclebaby #healing.”

After Kenya shared this post, a number of Real Housewives stars reacted with comments.

“Awwwwww Kenya! This is beautiful!! I pray you get the relationship you want and deserve from your mother,” wrote former RHOA star Claudia Jordan.

“I’m just praying for Brooklyn to have a great family she deserves that. Our past doesn’t have to be her future,” Kenya replied. 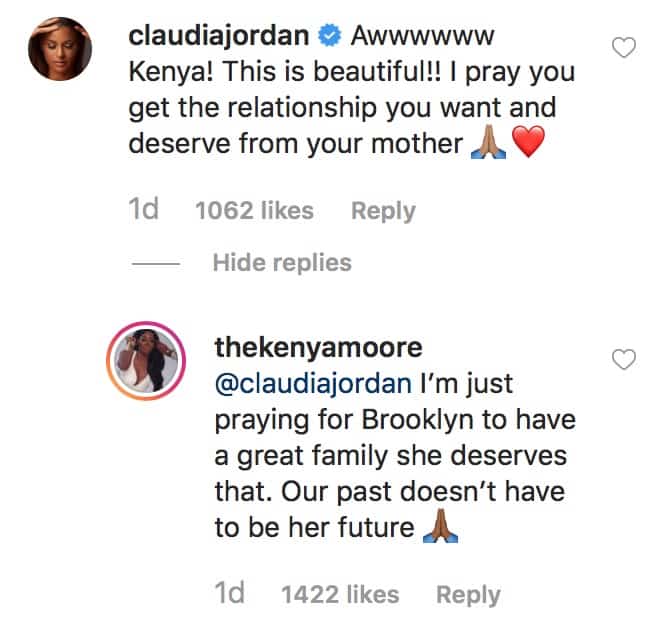 Cynthia Bailey and Shamea Morton also weighed in, Cynthia with a red heart emoji and Shamea with a message saying Patricia’s gesture was “sweet.”

Kenya and Marc welcomed their daughter on November 4 of last year after tying the knot in June 2017. Then, in September of this year, just before the season 12 premiere of RHOA, they confirmed their marriage had run its course. Since then, Kenya and Marc’s marital issues have been playing out on the show as Kenya continues to discuss her hopes for a reconciliation.