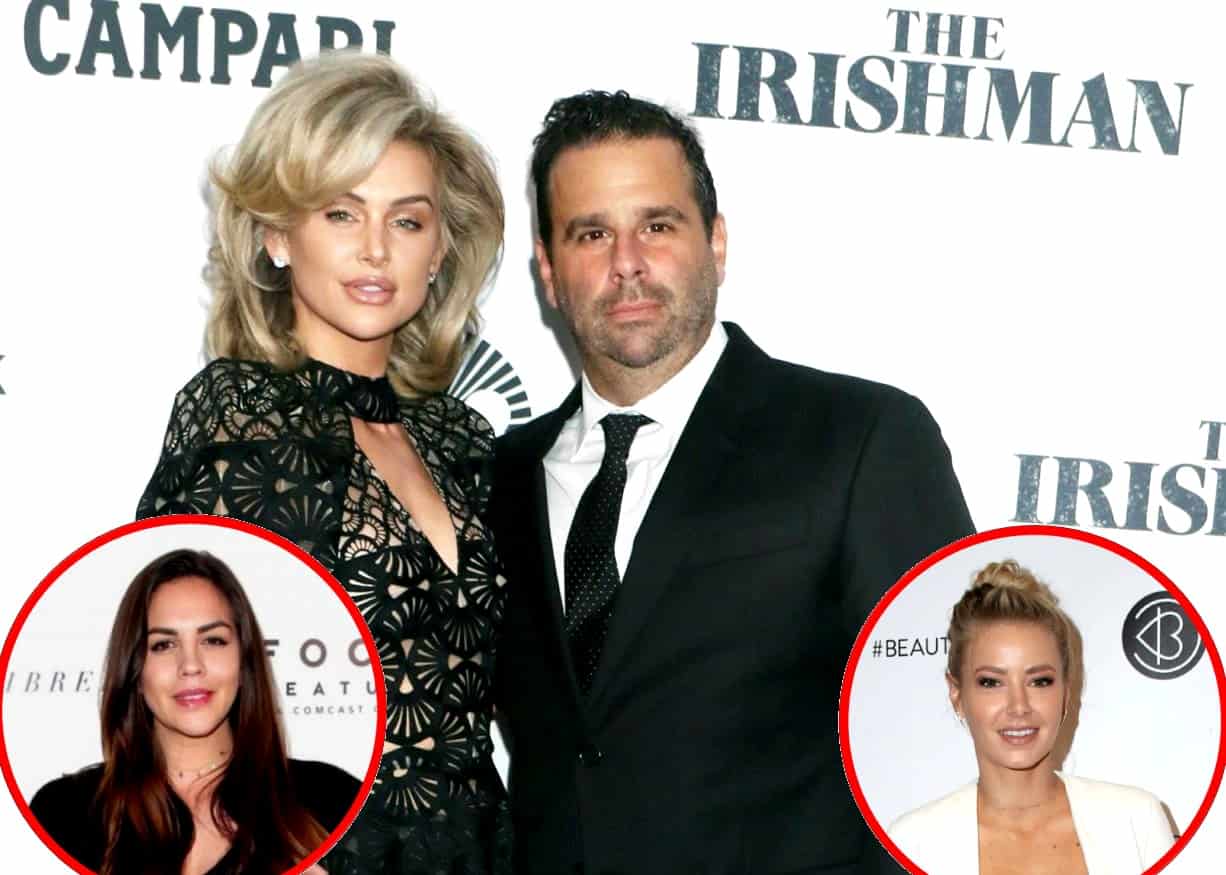 Lala Kent has a lot of thoughts about what’s been shown on Vanderpump Rules, but if the show gets picked up for a season nine, will she even care to shoot with Ariana Madix and Tom Sandoval anymore?

In a new interview, the “Feeling You” singer — joined by her fiancé Randall Emmett — adds to her recent comments on how Ariana and Tom aren’t her “cup of tea,” sharing how she’s actually reached an impasse in communication with Ariana after filming together.

“[Ariana and Tom] have this mentality like, ‘it’s us against them’ and I don’t see it that way,” she stated to Heather McDonald for her Juicy Scoop podcast. “For me, she has no desire to hang out with us in a group and that’s totally fine, but we are a tight-knit group and we travel together and we’re around each other all the time.”

Lala went on to explain how their friendship is “non-existent” at the moment, even though she tried to re-connect as the show aired.

“I reached out to her during her episode of her talking about her anxiety and her depression,” she said. “I just wanted to see how she was doing and my text went through [and] it was green, so I don’t know what that means and I never heard back from her so …”

Podcast host Heather also asked about that epic police prank Randall and Jax Taylor pulled on Tom and Katie Maloney‘s subsequent negative and “weird” reaction. Katie pointed out how, to certain people in this country who have very different relationships to law enforcement, the prank could come off as insensitive.

Did they think she was overreacting?

“That’s exactly what it was — a weird reaction,” Lala scoffed.

“Ugh … I left,” Randall stated. “I saw that starting to happen in the kitchen and I was like, ‘I’m going home.’ It was supposed to be like a fun prank.”

Randall rationalized that Katie was “drunk,” but Lala noted that even without alcohol, people already have their viewpoints pretty much set in stone.

Randall defended the prank by noting how much Tom “loved” it. Lala agreed that that was “all that matters.”

Although Randall’s prank was a highly orchestrated event, podcast host Heather pointed out how other aspects of the show also seemed orchestrated, as fans have shared their critiques of this season’s implausibility.

“The audience at home is like, ‘How f–king dumb do you think we are?'” Heather exclaimed. “Like Ariana, you don’t need to pick up a shift to pay for your $1.7 million mortgage.”

Lala laughed and confessed she agreed with Heather (and fan feedback).

“You said it, not me!” she exclaimed. “I’ve told people this a million times. Like, I know you want our audience to be stupid, but they’re not. They’re really smart and they can tell when they see something that was a setup. Not saying that anything is set up … but the people [who] watch the show are intelligent people. ”

Heather also noted how criticism of the show has pointed to how it may need to become something different, potentially splitting into two shows with one to follow the Pump Rules OGs around as they navigate the more mature — yet still dramatic — aspects of their lives.

Lala said she understood the critiques and lamented on how much isn’t shown of her life, especially when it comes to her professional life and makeup line, and what she’d like to see moving forward.

“I’ve done Give Them Lala Beauty for two years now … they haven’t covered that on the show one time, and that s–t is not easy,” she confessed. “I would love to see the show get to a place where they see the drama is really happening.”