Home Real Housewives of Beverly Hills News Dorit Kemsley Denies Lisa Vanderpump Got Her on the RHOBH and Explains How She Got Cast, She Reveals if She’s Had Any Run-Ins With Lisa and Reacts to Teddi’s Invite Drama Plus Live Viewing Thread!

Dorit Kemsley Denies Lisa Vanderpump Got Her on the RHOBH and Explains How She Got Cast, She Reveals if She’s Had Any Run-Ins With Lisa and Reacts to Teddi’s Invite Drama Plus Live Viewing Thread! 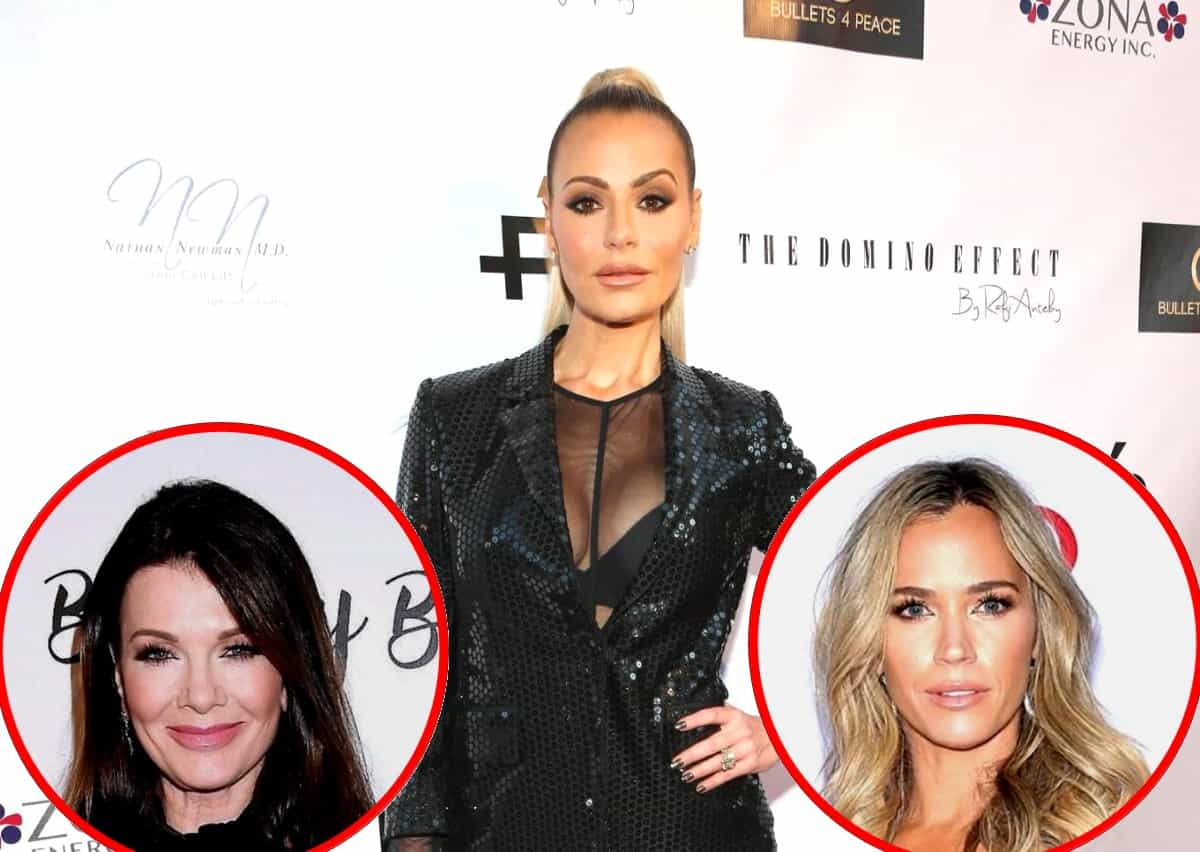 Lisa Vanderpump is not responsible for Dorit Kemsley being cast on The Real Housewives of Beverly Hills.

During an appearance on Heather McDonald‘s podcast earlier this week, Dorit shared how she was actually cast on the show before revealing if she’s seen Lisa since her June 2019 exit from the Bravo series. She also addressed the drama surrounding Teddi Mellencamp‘s text invite to her accountability event on last week’s episode.

“It wasn’t [through Lisa],” Dorit confirmed on Juicy Scoop.

Instead, Dorit caught Bravo’s attention with a pilot filmed for a potential series featuring herself, Boy George, and her husband, Paul “PK” Kemsley.

“[We] were going to do a reality show when George had just come to America. And so we did a pilot and Bravo and E! and all the networks had seen it,” Dorit recalled. “Then, George got on The Voice in the U.K. [and] went back to the U.K.”

Although Dorit did watch RHOBH when it first started airing, she lost touch with the series as she started a family with PK. She initially turned down the idea of becoming a housewife when the network approached her just months after she moved to Beverly Hills from New York City.

“When they approached me I was like, ‘Absolutely not.’ And then Paul encouraged me to consider it,” she shared. “We had just moved to L.A. I think we were here for maybe six months [before being approached].”

While Lisa ran in the same circles as PK during her time in London, Dorit has not seen her at all since she left the show.

“I have not, shockingly,” Dorit replied when Heather questioned her about a potential run-in.

As for the drama surrounding the group message Teddi sent to her and her co-stars, Dorit said Teddi made the invite far more complicated than it should have been.

“The thing with Teddi’s invites is she’s trying to cover all the bases. She’s trying to be the super-chill, easy… whereas if she was just herself and saying, ‘Listen, I’m having this.’ Just say it,” Dorit said. “You can’t dance around. It [became] convoluted and hard to follow.”

Dorit added that she was a bit nervous about how the event would play out due to the way in which Teddi chose to word the invite, saying that the cast is both welcome to attend and welcome to skip the event if they preferred. She noted that there was a lot to “interpret” in her message.

Also during the interview, Dorit revealed RHOBH season 10 will include plenty of twists and turns.

“There’s definitely some bombs dropped, shocking bombs that nobody could have predicted that shocked all of us and it becomes really intense. But there’s definitely a build up to that,” she teased. “It’s not one particular moment.”

RHOBH Live Viewing – This is also the live viewing thread for tonight’s new episode, so feel free to comment and chat below as the new episode airs at 8/7c tonight on Bravo TV! A preview clip is below.