Home Vanderpump Rules Vanderpump Rules’ Kristen Doute Accuses Stassi Schroeder of Throwing a “Temper Tantrum” Over Beau Clark Friendship and Treating Her Like a Child, Plus Claims Stassi Was Trying to “Control” Beau Before Engagement

Vanderpump Rules’ Kristen Doute Accuses Stassi Schroeder of Throwing a “Temper Tantrum” Over Beau Clark Friendship and Treating Her Like a Child, Plus Claims Stassi Was Trying to “Control” Beau Before Engagement 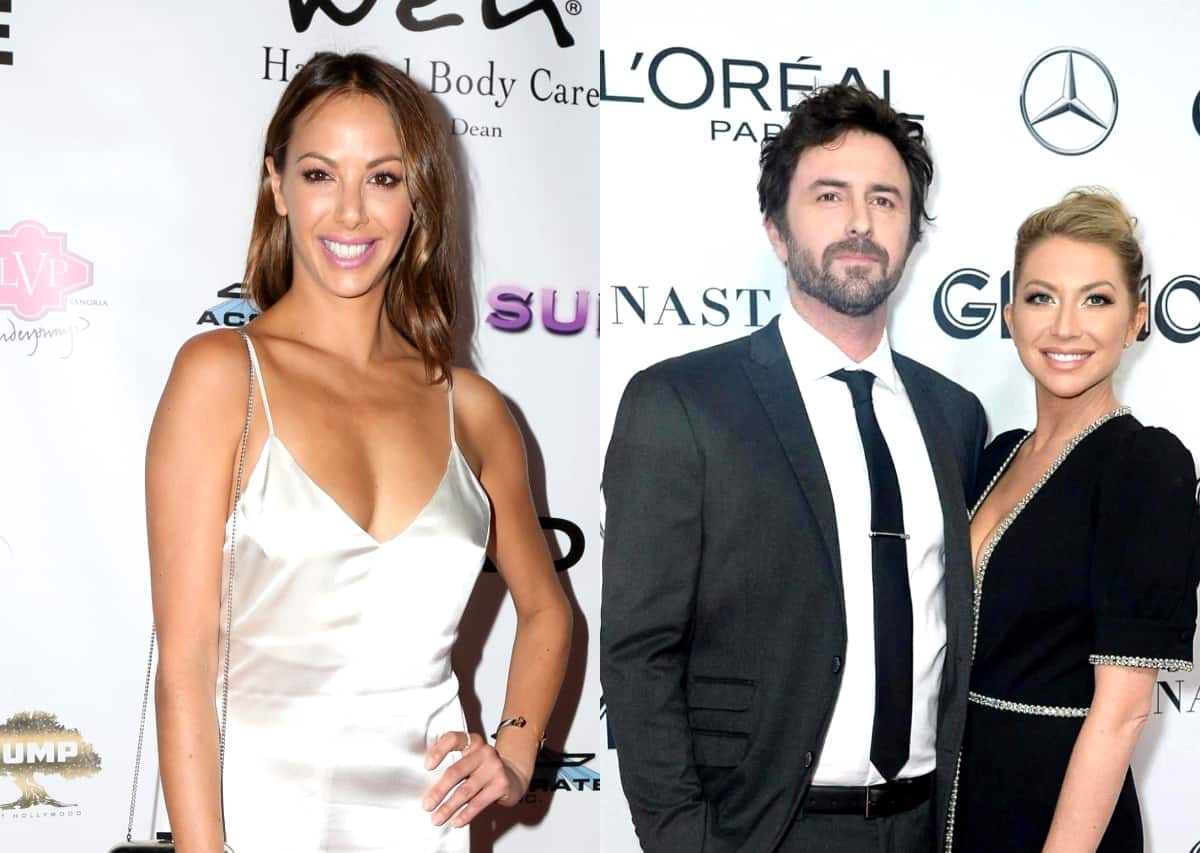 Kristen Doute lashed out at Stassi Schroeder for her behavior at their Witches of WeHo wine event during last week’s episode of Vanderpump Rules on the series’ After Show.

After Stassi confronted her about talking to her now-fiancé, Beau Clark, before demanding he choose between them, Kristen slammed Stassi by suggesting she threw a “temper tantrum” and treated her like a child before suggesting her former bestie was attempting to control Beau’s every move prior to their engagement.

“I thought it was going to be great and then because I start talking to Beau, Stassi decides to, like, stomp her feet and throw a 21-year-old temper tantrum,” Kristen recalled.

“First of all, Beau approached me,” she continued. “Then Stassi comes over like, ‘You’re talking to my boyfriend.’ No b***h, I was just talking to my friend that I met years ago that I introduced to you because I thought you guys would be a perfect match. He’s at our wine event and we’re trying to have a conversation about any sort of friendship we may have left. But I’m being screamed at like a child once again.”

In their own Pump Rules: After Show segment, Beau told Stassi that he approached Kristen because he wanted to “feel out” the situation and decide whether or not she should be invited to their surprise engagement party.

“You kept asking me about Kristen and it was making me feel really weird,” Stassi replied. “I was like, ‘Why do you keep bringing this up?’ And then I see you talking to her and it looked like a fight and it was right after I told you, ‘I need you to stop asking me and have a break with this Kristen thing.'”

“It’s not like if you can Google how to vet your future fiancée to find out if her best friend, who is not her best friend at this moment, is OK to go to her future engagement party. You can’t Google that!” he joked.

Then, after Brittany Cartwright suggested that Stassi may have been concerned about Kristen and Beau’s friendship due to the fact that Kristen had a previous indiscretion with Jax Taylor, Kristen shot down the idea that she would ever try to sleep with Beau.