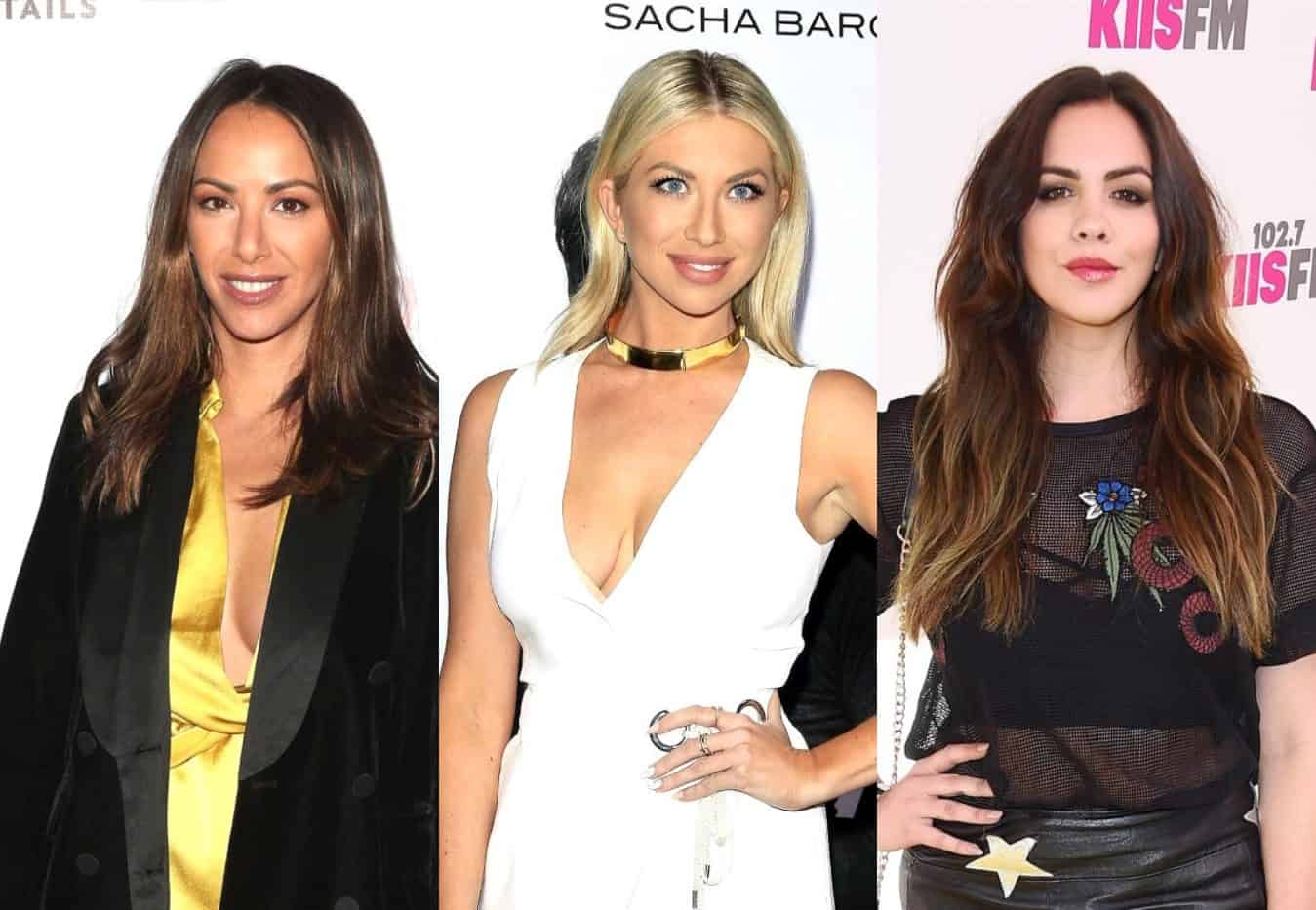 In a new interview, Vanderpump Rules star Kristen Doute opened up about her drama with her former BFFs Stassi Schroeder and Katie Maloney and why a reconciliation seems less likely with each passing day.

Although the feud between Kristen and the girls began last year during filming for the show, it has only gotten worse in recent weeks as the ladies are forced to relive their feud when the new episodes air.

“I feel like the more episodes that air, and the more emotions that I have about it, the further we are pulling away from each other,” Kristen admitted to Entertainment Tonight.

For example, Katie recently clapped back at Kristen’s claim in last week’s episode that Katie “doesn’t do anything” and hasn’t worked to promote their wine line.

Kristen added, “I don’t want to take the entertainment portion away from the viewers. Everyone, just know we filmed this, what you’re watching is last July. So, things have changed immensely and, at the same time, rewatching things can be difficult, because it’s hard to not let it get to you. I’m still wondering, like, I’m watching these two girls call me a psycho, this and that.”

So … can Kristen’s relationship with Stassi and Katie be saved? The James Mae CEO isn’t so certain.

“I just don’t have an answer as to whether or not this is something that can be salvaged,” she confessed. “I always have hope. I’m trying to just lead with kindness, and own my mistakes and own responsibility, and be responsible for my words and my actions. But, I’m human, too, and I have feelings and emotions.”

Kristen also admitted how hard it was to not have the girls around, but that she sees their point of view as to why they were frustrated with her while she went through her seemingly never-ending breakup with Brian Carter.

“I can respect Katie and Stassi needing time away from that, ’cause at the end of the day, they have their own lives to live, as well, and they can’t be dragged through my mud,” she said. “It’s just not the way that I am. Something that I’m having to accept is that not everyone is going to do things the way that I do them or see them. I would never ditch a friend, I never have. But we are all different people, so I don’t know.”

Finally, Kristen touched on her forthcoming book, He’s Making You Crazy: How to Get the Guy, Get Even and Get Over It, out June 2.

Despite fans already negatively reacting to it being a “dating advice book,” Kristen swears it’s not what they think, describing it as a “lens” through which she details her dating past and the lessons learned along the way to impart to readers. The book also gives more context to Kristen’s relationship mindset and how she was feeling at the time her relationship with Carter was coming to an end.