by Lindsay Cronin May 8, 2020 25 comments
ShareTweetWhatsappPinterestRedditTumblrMailFlipboard 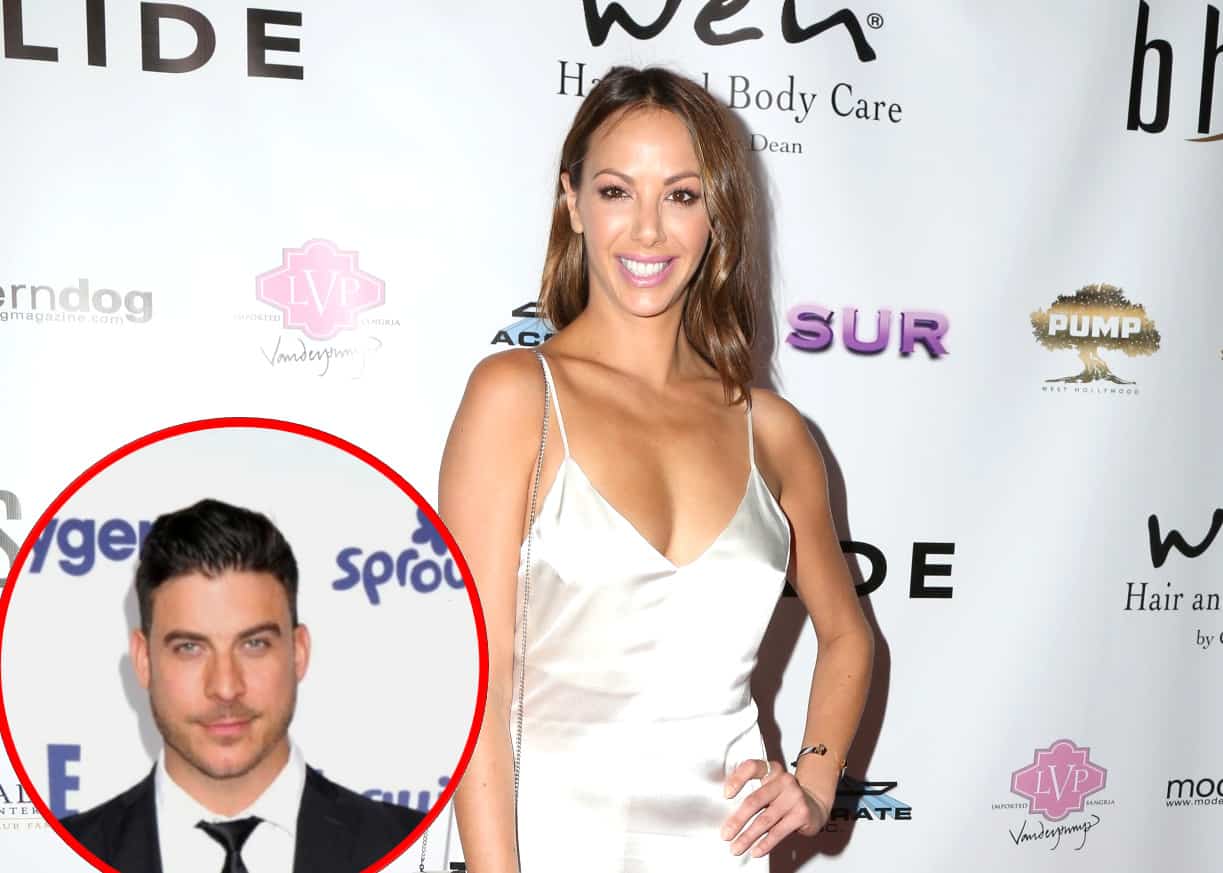 Kristen Doute said during Tuesday’s episode of Vanderpump Rules that the ‘special tape’ she made with a mystery man was filmed four years ago, but during the Pump Rules: After Show, she seemed to confirm her statement wasn’t true.

After revealing when the s*x tape was actually made and slamming Jax Taylor for being “so f**king rude” for bringing up the issue at her James Mae event, Kristen compared Jax to a gossiping “chick” as he explained why he mentioned the issue at her party and suggested she meant for Brian Carter to come across it.

“The video was in February,” Kristen confirmed on the After Show. “Carter and I were broken up. We were still living together. He went through my phone. I was in the bathroom and all the sudden I hear him screaming, ‘Who is that?’ And I just froze. I’m like, ‘Oh f**k. Oh f**k.'”

While Kristen said she was “not embarrassed” by the film itself, she was annoyed that Jax chose to bring it up at her event.

According to Kristen, she believes Jax confronted her at the event because he was in desperate need to get the spotlight back on himself after being the center of attention during his and Brittany Cartwright‘s many wedding episodes.

Plus, she added, “When Jax has information, he’s a chick. He’s worse than all of us.”

In his own Pump Rules: After Show segment, Jax said he confronted Kristen when he did because he was “pissed.”

“I was pissed off,” he shared. “Kristen is selling the, ‘I’m sorry, I can’t believe Carter is doing this,’ and I took the bait, hook, line, and sinker. I’m going over to her house. I’m cutting her grass. I’m helping her rebuild her house. I was doing everything she needed.”

Jax was trying to help Kristen and even took her to a couple of bars to find a new guy after her split from Carter. Meanwhile, Kristen was apparently keeping things out of his view.

“I took the bait. She sold me and then to come find out that she has s*x tapes from other guys, I’m like, ‘Kristen, I am going all over trying to fix and make you feel better when you’re… banging other guys,'” he said.

Jax then hinted that Kristen may have wanted Carter to come across the clip of her and the other man.

“If you were trying to hide something, would you put it right next to [someone] and [say], ‘I’m going to go take a shower. Sit there and don’t look at my phone’?” he wondered.