by Lindsay Cronin May 15, 2020 86 comments
ShareTweetWhatsappPinterestRedditTumblrMailFlipboard

Ahead of the upcoming June 1 launch of Salty K, Kim’s luxury line of bathing suits, the 23-year-old Don’t Be Tardy cast member and her 18-year-old sister posted a series of photos of themselves wearing designs from their mom’s collection while posing by the pool on their Instagram pages.

“Pool day in [Salty K Swim],” Brielle wrote in the caption of a May 11 post, which included her sporting a skimpy, light green two-piece with purple flowers.

In another photo, which Brielle shared on her Instagram Story, she was posing similarly at her mom’s Georgia home as she included a sticker that read, “Donut Bother Me.” 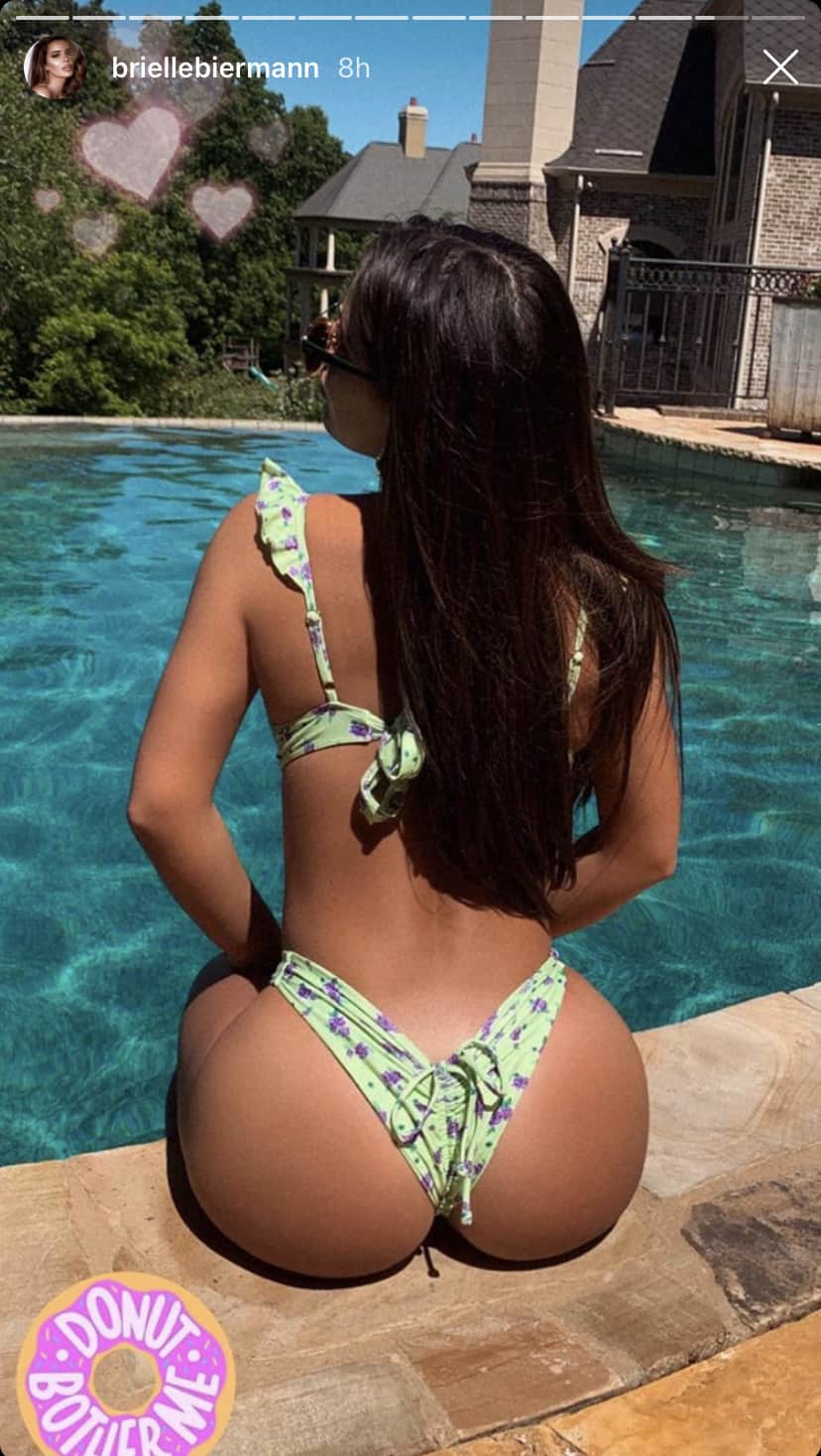 Also on Monday, Ariana posted a photo of herself showing off her taut tummy as she sat on a pool floaty while wearing a pink string bikini and matching headband.

“Happy,” she wrote in the caption, also including a couple of flower emoji.

As fans well know, Brielle is no stranger to butt photos. Just two months ago, she posted an image that prompted comparisons between her backside and the backside of her mom.

“Damn your momma doesn’t have that!” the fan exclaimed after seeing Brielle in an orange thong bikini.

“Actually hers is fatter,” Brielle responded.

Don’t Be Tardy season eight is expected to premiere on Bravo sometime this summer.