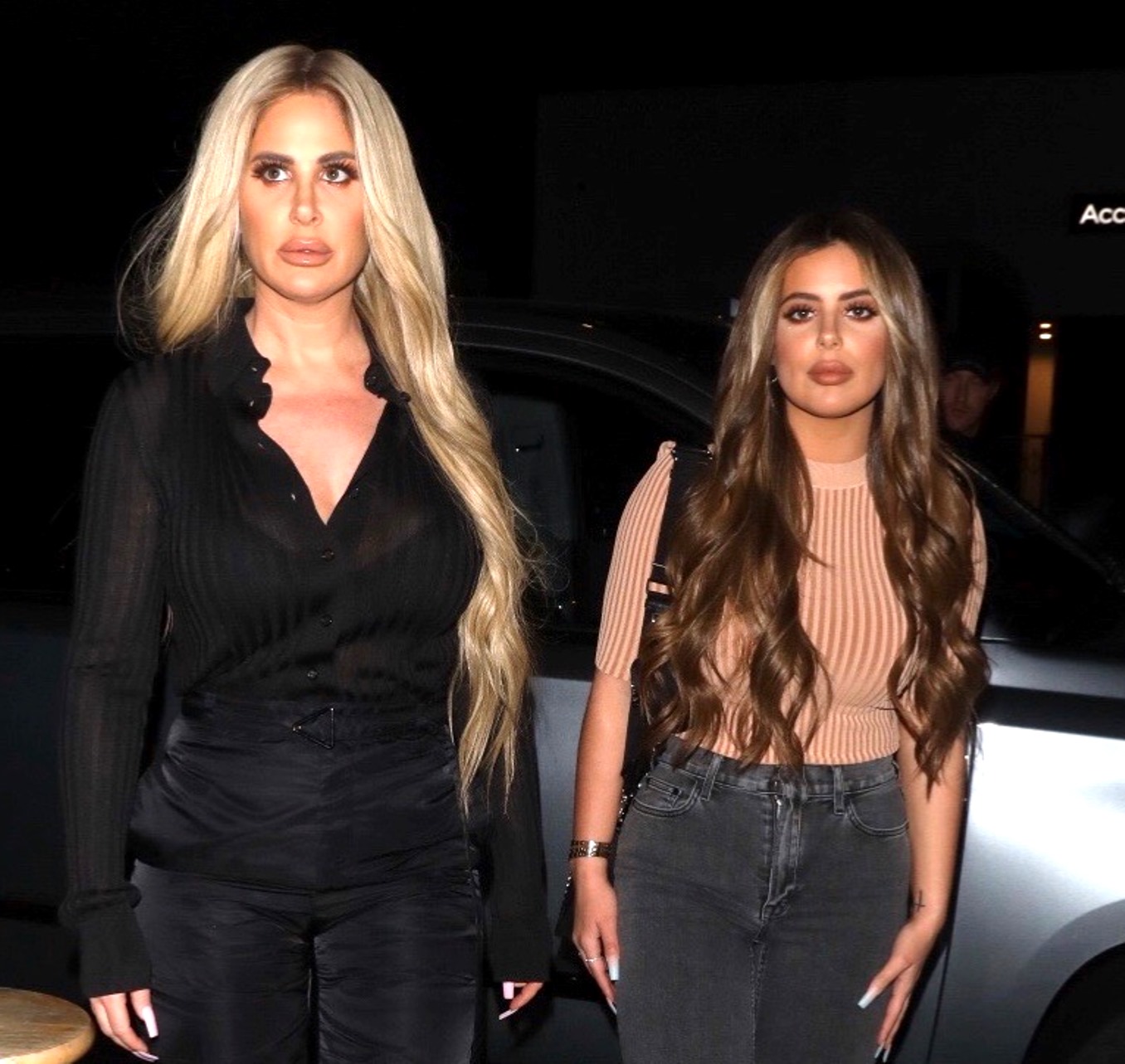 Brielle Biermann shared a racy photo of herself posing in a thong bikini on Instagram on Friday, March 27, and shortly thereafter, she was met with a couple of messages from her fans and followers.

As she and her family remain on self-quarantine at their Atlanta home, the 23-year-old Don’t Be Tardy star posted an image of herself posing for the camera in a tiny orange swimsuit before responding to a comment about her mom Kim Zolciak‘s backside and another from someone who noted that curves weren’t always a good thing.

“How’s your social distancing going?” Brielle asked in the caption of her photo. 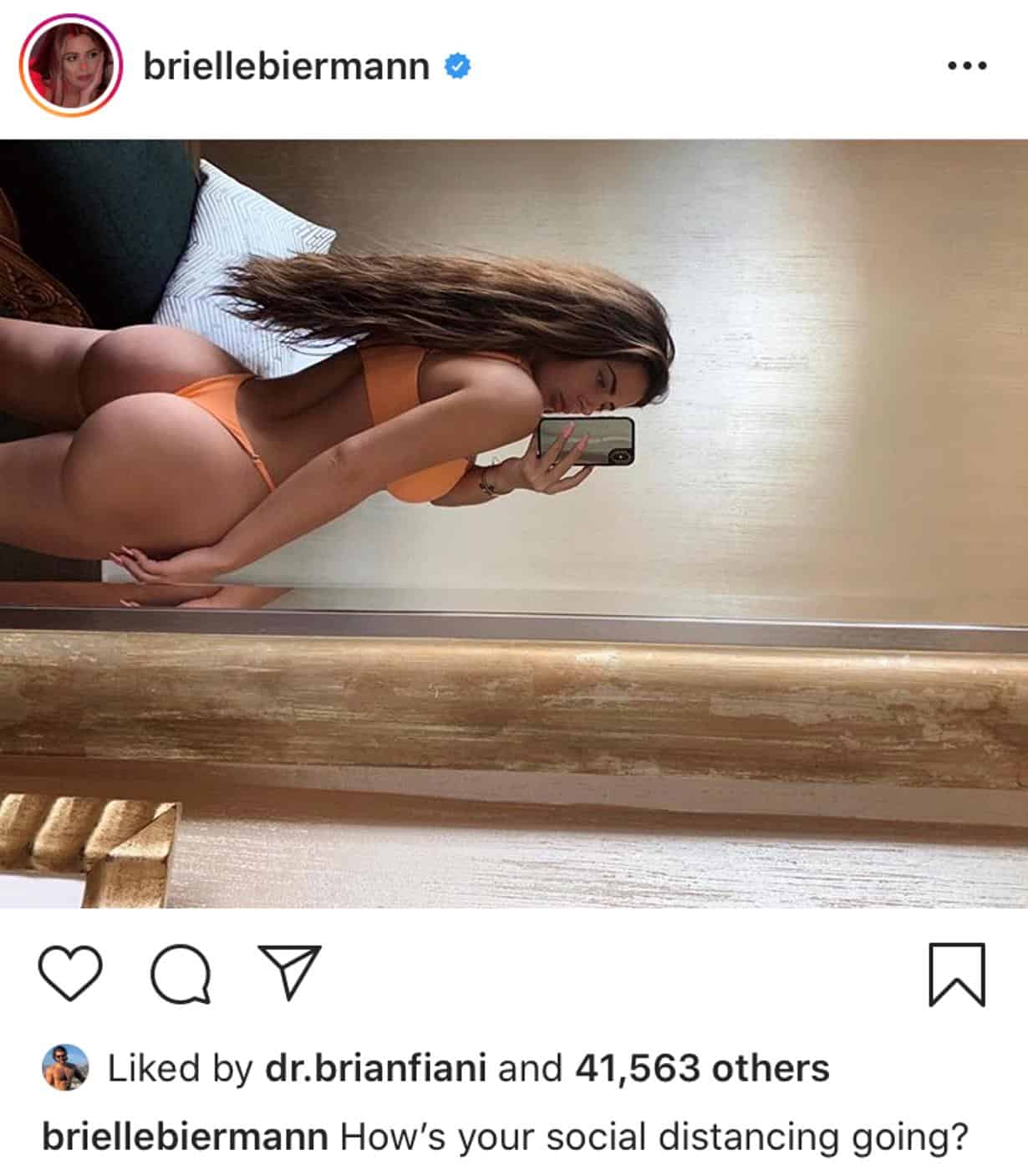 Following the post, one fan of Brielle’s said Brielle’s butt looked bigger than her mother’s.

“Damn your momma doesn’t have that!” the fan exclaimed.

“Actually hers is fatter,” Brielle replied.

While Brielle received several compliments and supportive messages from her online audience, one particular follower took it upon themselves to point out that decades ago, women tried to avoid having such a curvy derriere.

“Women from the 90s tried to avoid getting a butt like that,” the person said. 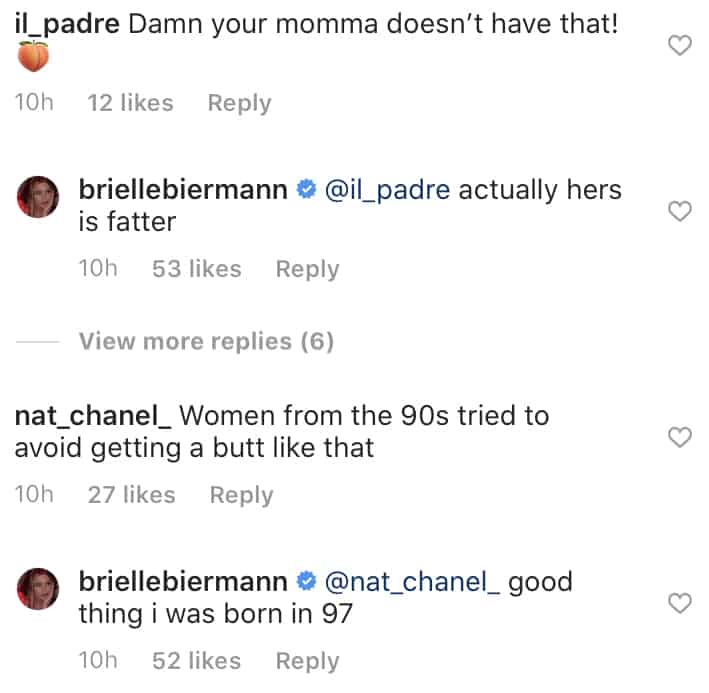 Weeks ago, after spending the past several years as a blonde, Brielle debuted darker hair and told PEOPLE magazine she was trying to differentiate herself from her mom.

“It’s always been like, ‘Oh, little Kim.’ That’s who I am. I look just like my mom. Always have. I mean she’s gorgeous, but somebody’s got to start looking a little different at some point,” she explained. “The dark hair gives me a different identity. I’m trying to detach myself from [being] Kim’s daughter and be my own person.”

Don’t Be Tardy season eight is set to premiere this July on Bravo.