by Lindsay Cronin May 10, 2021 100 comments
ShareTweetWhatsappPinterestRedditTumblrMailFlipboard

Kim Zolciak called out Bravo on her Instagram Stories on Sunday amid the special kids episode of Watch What Happens Live.

After Brielle Biermann appeared on Andy Cohen‘s late-night talk show, Kim shared a message about the taping of the episode, taking aim at the network for messing with her daughter on the heels of the death of her close friend Ethan after denying her family’s reality show, Don’t Be Tardy, is over for good.

“My baby [Brielle Biermann] was scheduled to do a pre show call with WWHL Friday April 9th the day of Ethan’s (her best friend of many years who died tragically while they were out enjoying life on 4/3) funeral! It was obviously postponed! Which she appreciated very much,” Kim began.

According to Kim, she doesn’t believe that no one knew about Ethan’s death, which left the entire Zolciak-Biermann family devastated.

“She filmed [three] days later… It was nationwide… Not once was Ethan’s death mentioned or considered,” Kim fumed. “My baby sat there with a brave face not saying a word trying to stay strong. (Not [five] minutes before she was on my shoulder in tears).”

Although Kim admitted that Andy did send her a text, claiming he was “unaware of the situation,” she noted that she didn’t expect him to know because “he has an entire team [Bravo] that should know!!”

“You guys know how I feel… Mess with me fine… Mess with my kids is an entirely different story. I raised some strong girls and I am so proud of them,” she concluded. 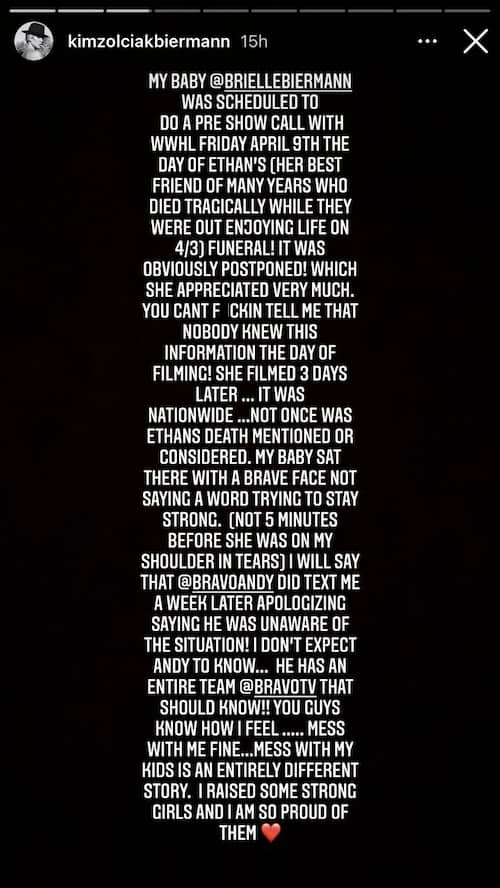 Days prior to her IG post, Kim shared another Story in which she confirmed that while Don’t Be Tardy is no longer airing on Bravo, she plans to reboot the series under the title Biermann Bunch.

“‘Don’t Be Tardy’ isn’t coming back but the ‘Biermann Bunch’ is,” she wrote. “You will see us on your TV screen very soon!! I love you guys so much and appreciate all your support!!” 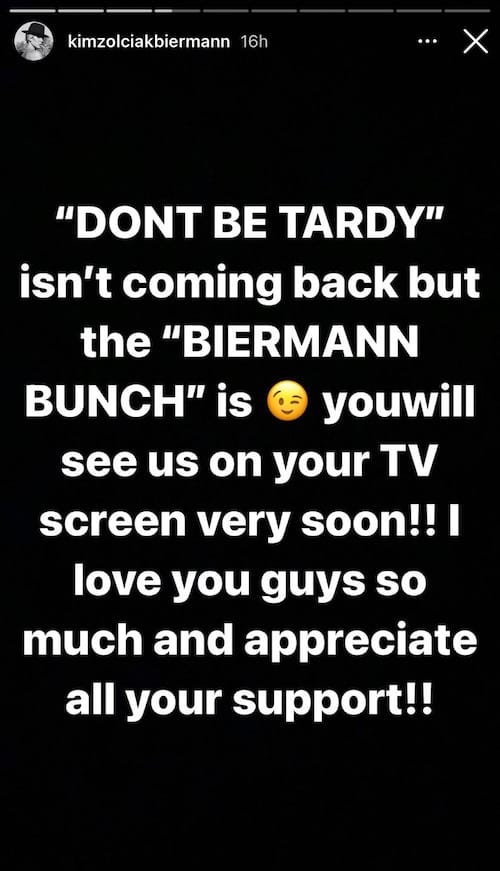 Kim also addressed the drama on Twitter after it was reported that Don’t Be Tardy was canceled.

“Stop with the cancelled sh-t!” she wrote.

Kim then promised to return to the small screen “soon” after one woman said she’ll “miss the show.”

“We will be beck on your screen soon babe don’t you worry!!” Kim vowed. 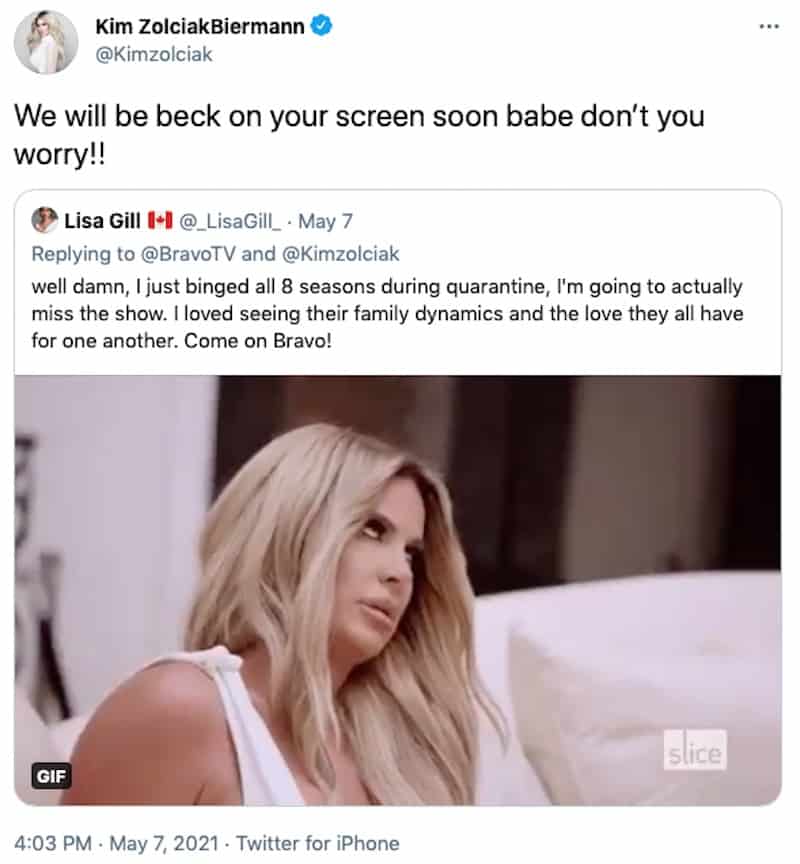 No word yet on when and where Kim’s new series will air.