Vicki Gunvalson Shares How It’s “Shocking” Bravo Keeps Bringing Back Kelly Dodd to RHOC While Expressing Her Desire to Mend Things with Shannon Beador: “I Hope Shannon Calls Me”

by Cynthia Cook May 17, 2020 36 comments
ShareTweetWhatsappPinterestRedditTumblrMailFlipboard 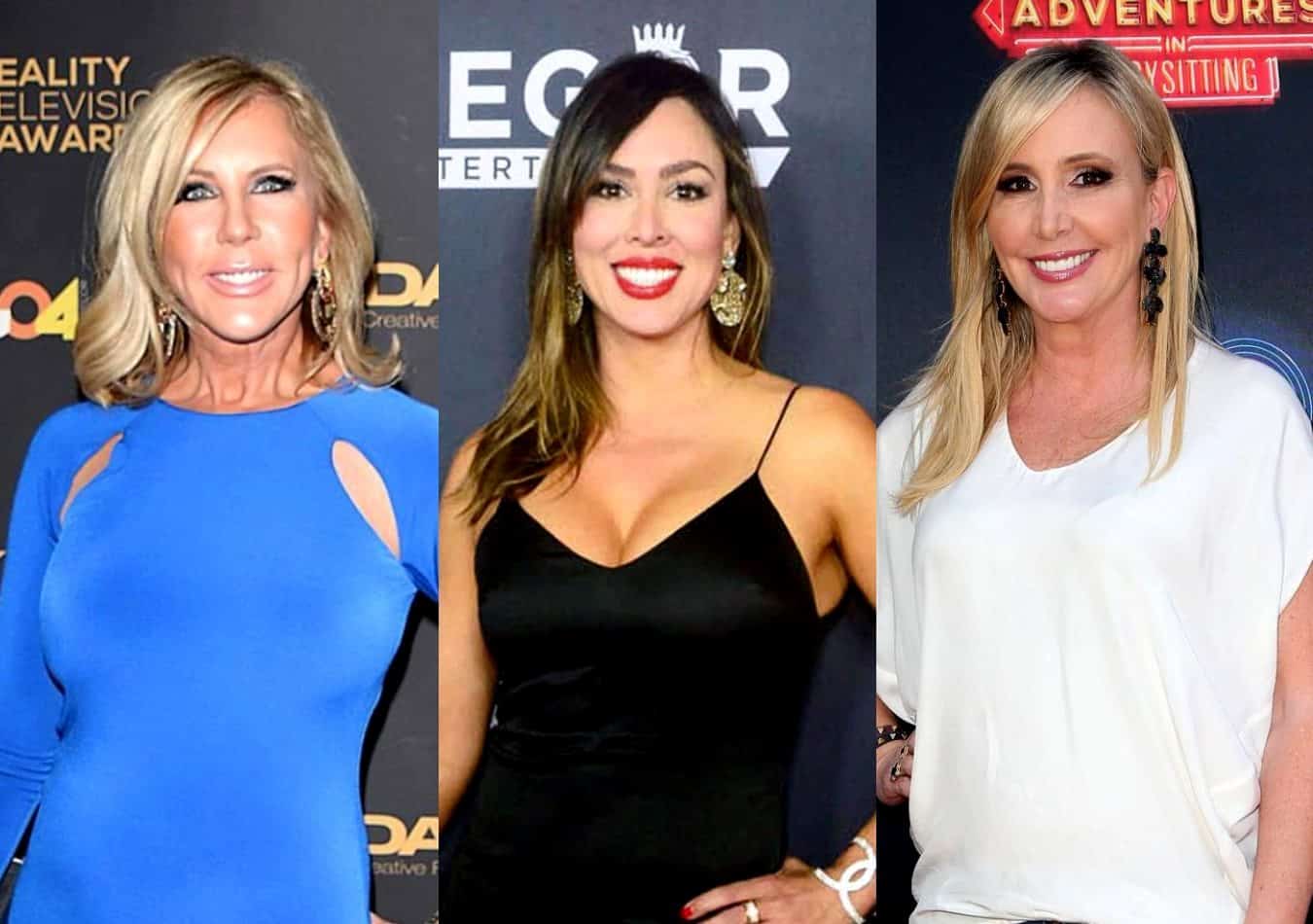 Vicki Gunvalson is still dealing with some mixed emotions after her exit from The Real Housewives of Orange County. She’s also having mixed emotions about her former co-stars Kelly Dodd and Shannon Beador.

In a new interview, Vicki opened up about her former BFFs, noting how upset it makes her that Bravo keeps bringing back Kelly every year even when her behavior can often be abhorrent.

“Kelly will say whatever she wants to say no matter what and has no recourse,” stated Vicki on her Whoop it Up With Vicki Podcast. “Bravo brings her back every year and it’s just … shocking to me sometimes.”

Vicki explained how the two actually met up in the hallway after last year’s reunion and hugged it out. The RHOC OG revealed the two made a “truce” but then seemingly fell out months later.

“I said, ‘Listen: stop hurting me, stop calling me names. I want the best for you. Just carry on’ [and] she goes, ‘Me too.’ We gave each other a hug and that was it. And that, for me, was truce,” she said. “I’m not gonna pick on you, don’t pick on me, we’re adults, we’re mothers — just stop it. And she said she would. But then two or three months later they’re filming and […] I didn’t know at that time we were gonna be removed from the show. It just was interesting.”

Vicki continued, “Shannon was like, ‘Kelly’s hurt me too much, I’m not forgiving her’ and then all of a sudden we see a picture of [them with their partners] together. I just felt left out. I felt like, well, why didn’t you call me?”

Vicki and Tamra Judge were definitely hurt by Shannon and Kelly’s newfound [“fake“] friendship, ultimately feeling left out since their departures from the franchise, unfollowing Shannon after the photo went up. Vicki explained how the unfollow wasn’t meant to reject their friendship entirely, but to shield herself from having to see the RHOC cast all hanging out together.

“I love Shannon. I had a lot of fun with Shannon. But I said, ‘Do not forget me! If we’re friends we’re friends!’ Like, let’s still get together, let’s do things [and she said] ‘Oh yeah yeah yeah!’ and then she never called me and it hurt my feelings,” Vicki shared. “So … I don’t have anything against Shannon. I [just] didn’t want to see her posting that all of a sudden she and Kelly are perfect. How did that happen?”

Ultimately, however, Vicki expressed how much she wants to mend things with Shannon and get things back on the right track, hoping Shannon didn’t see her as “just a ‘Housewives’ friend.” She noted how if Shannon was the one let go from the cast, she would definitely be calling her to check on her well-being.

“I hope Shannon calls me. I’m not gonna call her,” she remarked. “I think I’m playing it a little bit hard-nosed right now, but … I hope she calls me. I miss her. I want the best for her but … you can’t just drop people off like that. If you’re friends you’re friends. No matter what. Even the stuff that Tamra and I have been through … we were able to talk it out. […] Yes we have to film the show but we’re still people. We still have feelings.”