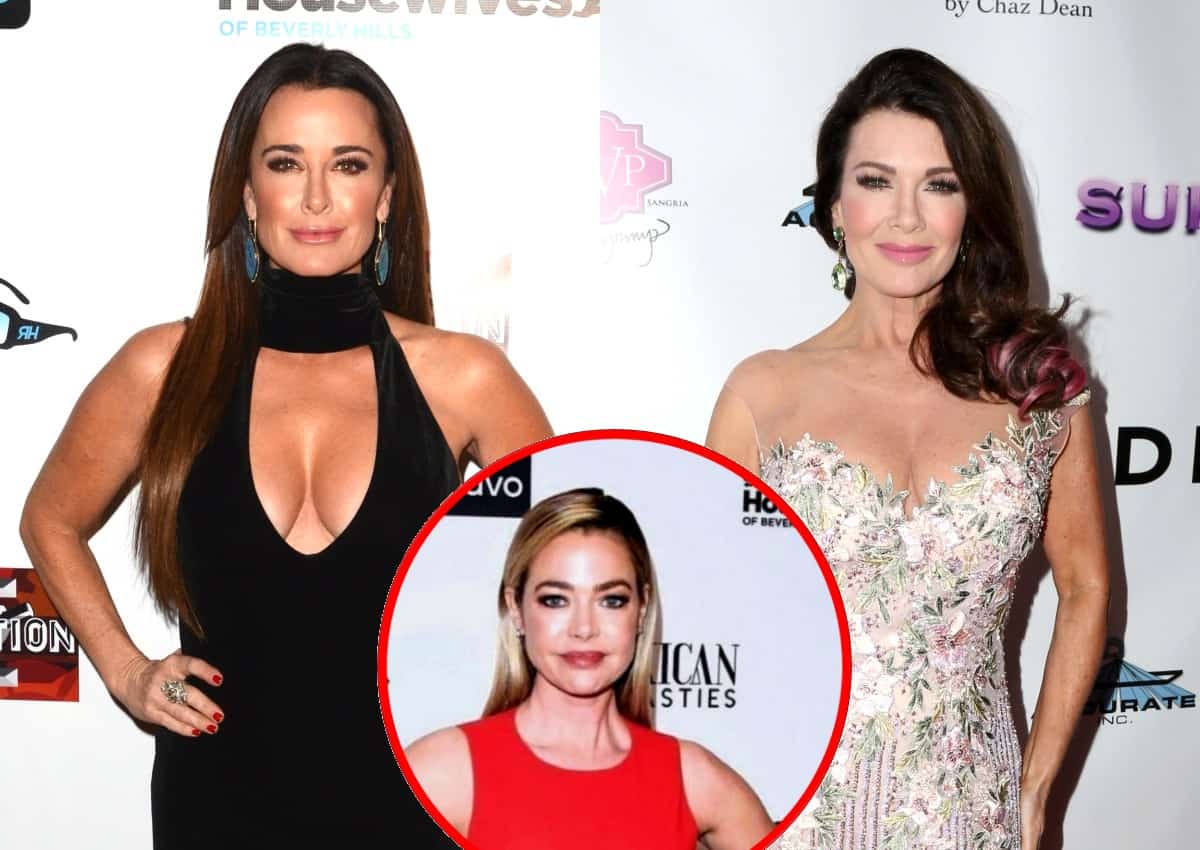 Kyle Richards opened up about her issues with Lisa Vanderpump and Denise Richards during an appearance on the Chicks in the Office podcast last week.

After looking back on her latest run-ins with her ex-Real Housewives of Beverly Hills co-star, one of which featured a walk-off from Lisa, Kyle revealed her former friend has changed her phone number before explaining why she thought Denise quit amid season 10 and slamming her for her lack of commitment to the show.

“The second time I saw [Lisa] or the third, I saw her [at Neiman Marcus] but ducked… to be honest. I was like, ‘I just don’t have it in me right now!’ I was on the top floor and I [ran] into the shoe section,” Kyle recalled during the May 14 episode of the show.

In addition to two run-ins at Neiman Marcus, Kyle also ran into Lisa at a restaurant, but sadly, as she exchanged pleasantries with Lisa’s husband, Ken Todd, Lisa stormed off.

“She didn’t want to talk but Ken did. I cared about them both for so long and so much and I just don’t hold onto things. So I’m like, ‘Let bygones be bygones.’ But then she just walked out of the restaurant,” Kyle shared.

Following the encounter, Kyle spoke about the incident on the red carpet and quickly learned Lisa wasn’t ready to move past their drama.

“I just told it as it was and then she’s like, ‘Don’t flatter yourself, darling!'” she revealed. “And she changed her phone number so it’s not even like I could try to reach out to her if I wanted to.”

Also during the interview, Kyle seemed to fight back against Denise’s recent comment regarding the RHOBH cast allegedly starting a rumor claiming she quit at the end of last year, which she made during an interview on Extra TV.

“There was a period of time [when I thought she would quit],” Kyle admitted. “Everyone’s words have been twisted and misconstrued. She didn’t quit but she didn’t show up for a while at very important events [and] when you start to [miss] important events [where] all the cast is there, you’re making a big statement. So, people were assuming.”

Kyle went on to explain why Denise’s behavior has been so frustrating for her and her castmates.

“It’s those moments, with the coming late for glam and not showing up for the season finale, where I’m like, ‘We made a commitment to this show.’ That doesn’t sit well with me always… for a lot of us. We’re like, ‘Hey, we’re showing up here. We’re opening up our lives and it’s not easy.’ If we all ran when the going got tough, we don’t have a show.”