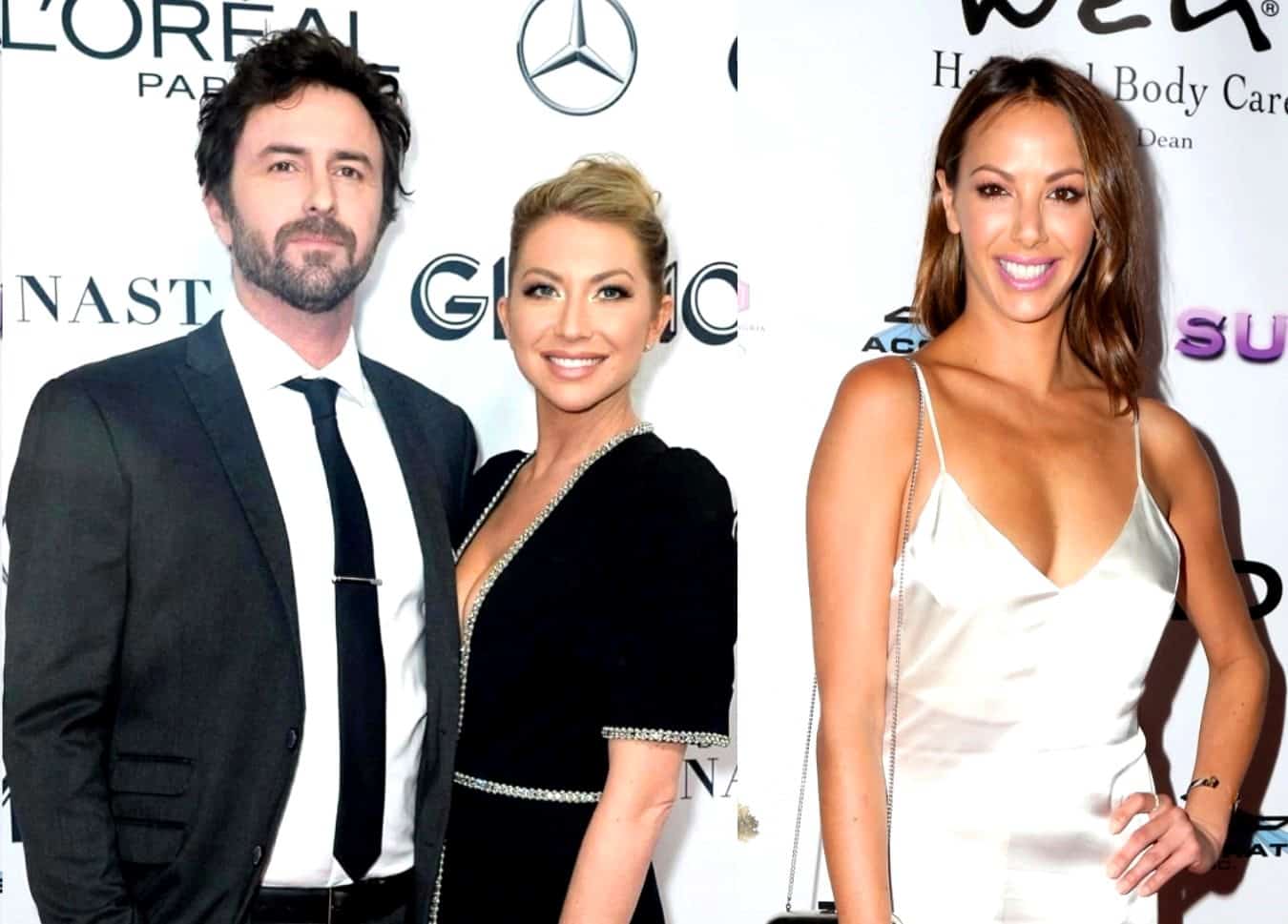 Stassi Schroeder is fighting back after being called out for being immature and bratty amid her ongoing feud with Kristen Doute.

After sharing a photo of herself and her fiancé, Beau Clark, enjoying time together in Lake Arrowhead, California, the Vanderpump Rules cast member was met with backlash from a fan who slammed her supposed childish antics against Kristen and accused her of forcing Katie Maloney to be a part of the drama. Plus, Beau responded to backlash of his own.

“Why can’t you forgive the childish issues with Kristen and move forward in friendship?” the fan asked. “You are engaged to her long time close friend. You are going to look silly in the long run.”

According to the fan, Stassi is “too old” to be treating her friends in the way she’s treated Kristen and shouldn’t be dragging Katie and others into her supposed “game.”

“They all talk to Kristen they just pretend they don’t in front of you. Grow up men love mature women not little brats,” the fan added.

In response, Stassi told the fan, “They were friends two years before he met me. You have no idea what you are commenting on. But you’re annoying me. So nice work, mission accomplished.” 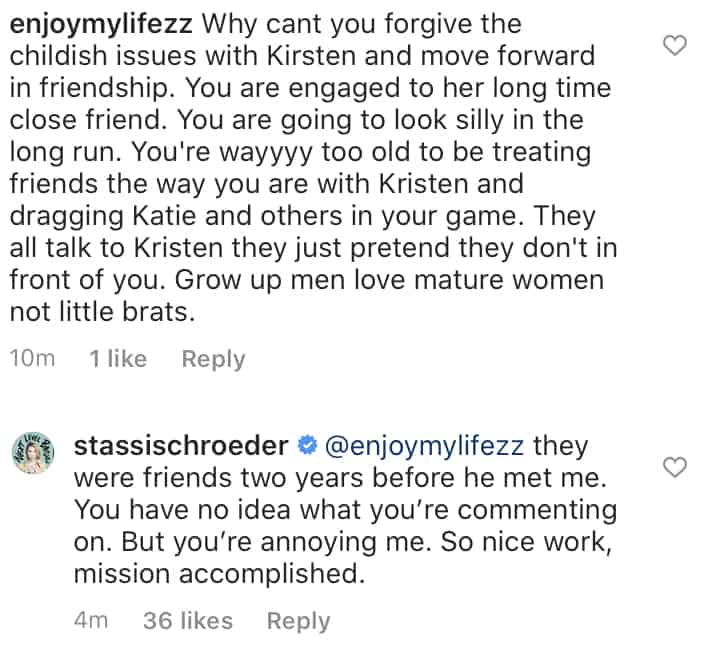 As Stassi reacted to the Instagram user’s diss, her fiancé was forced to address another fan who suggested the ring he proposed to Stassi with last July wasn’t actually a family heirloom.

“Is it though?” the fan wondered. “So you believe that [Beau] just happened to have three nearly identical heirloom diamond rings lying around in his family vault? Come on, you can’t be that naive! I like Beau, but there’s no way that [Stassi] didn’t choose or design that ring herself and then production set up that whole ‘heirloom ring’ scenario just for the show!”

“Umm. Yes. My family did have [three] I picked out,” Beau replied. 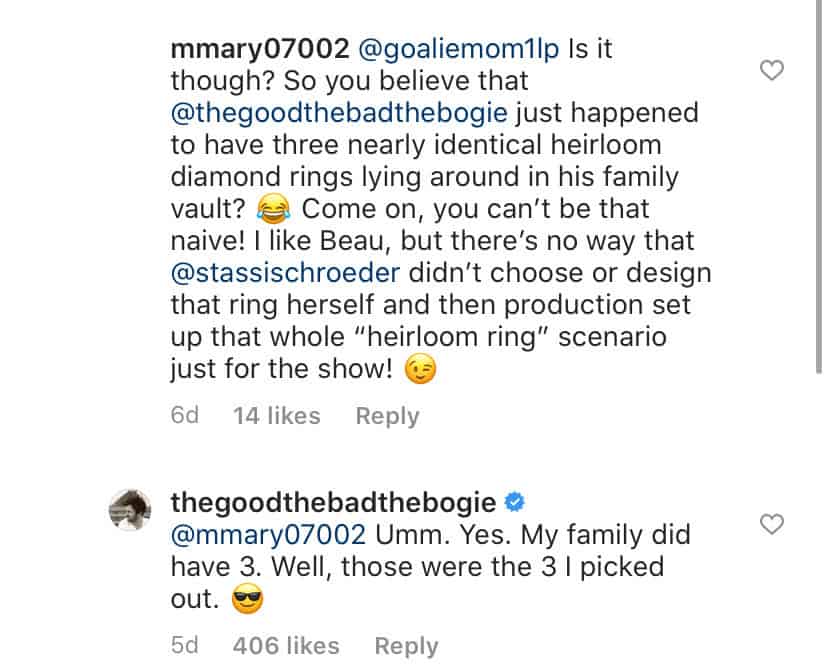