Home Real Housewives of Orange County News Vicki Gunvalson Shares Her Theories on Why She and Tamra Judge Were Demoted on RHOC, Plus She Says Kyle Richards is Being “Picked on” by RHOBH Cast and Dishes on a Potential Housewives Crossover Show

Vicki Gunvalson Shares Her Theories on Why She and Tamra Judge Were Demoted on RHOC, Plus She Says Kyle Richards is Being “Picked on” by RHOBH Cast and Dishes on a Potential Housewives Crossover Show

by Cynthia Cook May 31, 2020 74 comments
ShareTweetWhatsappPinterestRedditTumblrMailFlipboard 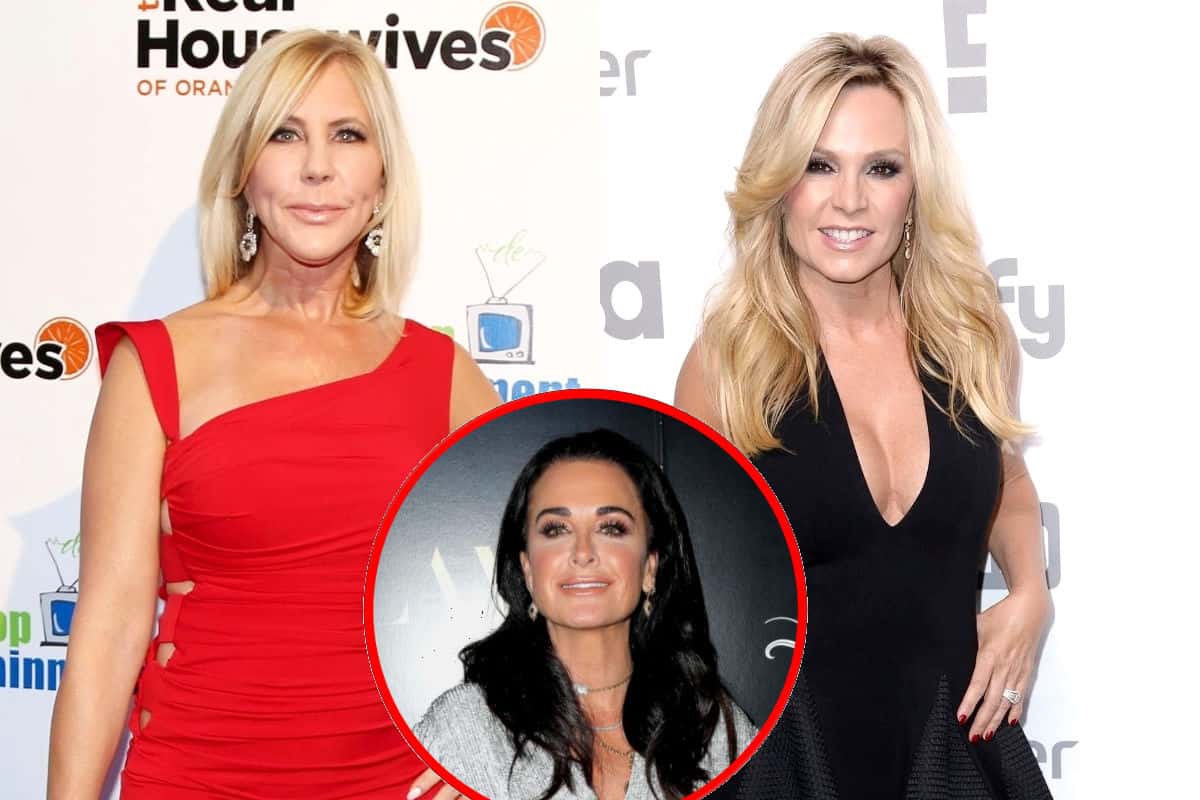 Former Real Housewives of Orange County star Vicki Gunvalson has an idea as to why she and Tamra Judge weren’t offered full-time roles for season 15.

The series OG is still feeling waves of grief since her departure from the franchise and has many thoughts about what went wrong for she and her BFF since being on the show for almost 15 years.

Speaking with another former housewife, Real Housewives of New York City alum Jill Zarin, on her podcast, Vicki got candid about their experiences and why things went downhill.

“There’s several things we thought of,” Vicki explained on her Whoop it Up With Vicki podcast. “We got very expensive and I think they said that viewers were ready for younger blood. I thought, well, you can’t really say that because the viewers and followers have followed my life for 15 years and all of a sudden … I just didn’t die!”

Vicki went on to explain that she didn’t love dealing with all the trauma and messiness, often coming home from filming in “tears” over the conflict.

As a former housewife aware of the drama, Jill agreed with her statement, noting how even in filming once this year for RHONY, “all those feelings came back again.” The topic then turned to when certain housewives have to face being ganged up on by their castmates.

“I don’t know if you’ve been watching [Real Housewives of Beverly Hills] at all,” Vicki noted, “but Tamra called me and she said this is happening to Kyle [Richards] right now, that Kyle’s being picked on and she can’t say anything and they’re all going after her.”

Vicki wondered why the fights had to get so ugly and Jill noted how “certain things” aren’t allowed to go below the belt while filming … right?

“Yeah, that doesn’t work,” Vicki lamented. “A lot of producers … we’ve had good producers, bad producers. Unfortunately, [for] my last two years, [one] producer didn’t ‘like me,’ so there can be a way for the cast to be influenced by him saying this, that and the other.”

Jill then asked Vicki if she thought production would ever bring she and Tamra back, considering how long they’ve been with the franchise and how many fans have grown attached to them.

“I don’t know what their thought is. I just don’t know how this cast is gonna carry on with two main cast members gone,” Vicki stated.

Even if the former housewives miss their respective franchises, they still discussed possible opportunities moving forward, even teasing the idea of a Housewives crossover show.

“I’ve heard rumors that they might do Housewives in different cities and put them together. Have you heard that?” Jill asked.

” I have heard that, and I think that would be fun, we should do that,” Vicki responded. “So maybe we need to pitch our own little … well you and I and Cynthia Bailey and Patti [Stanger] were gonna pitch that one show and it never came to anything.”

Is there a chance for another Housewives pitch down the road? These OGs seem to hope so.