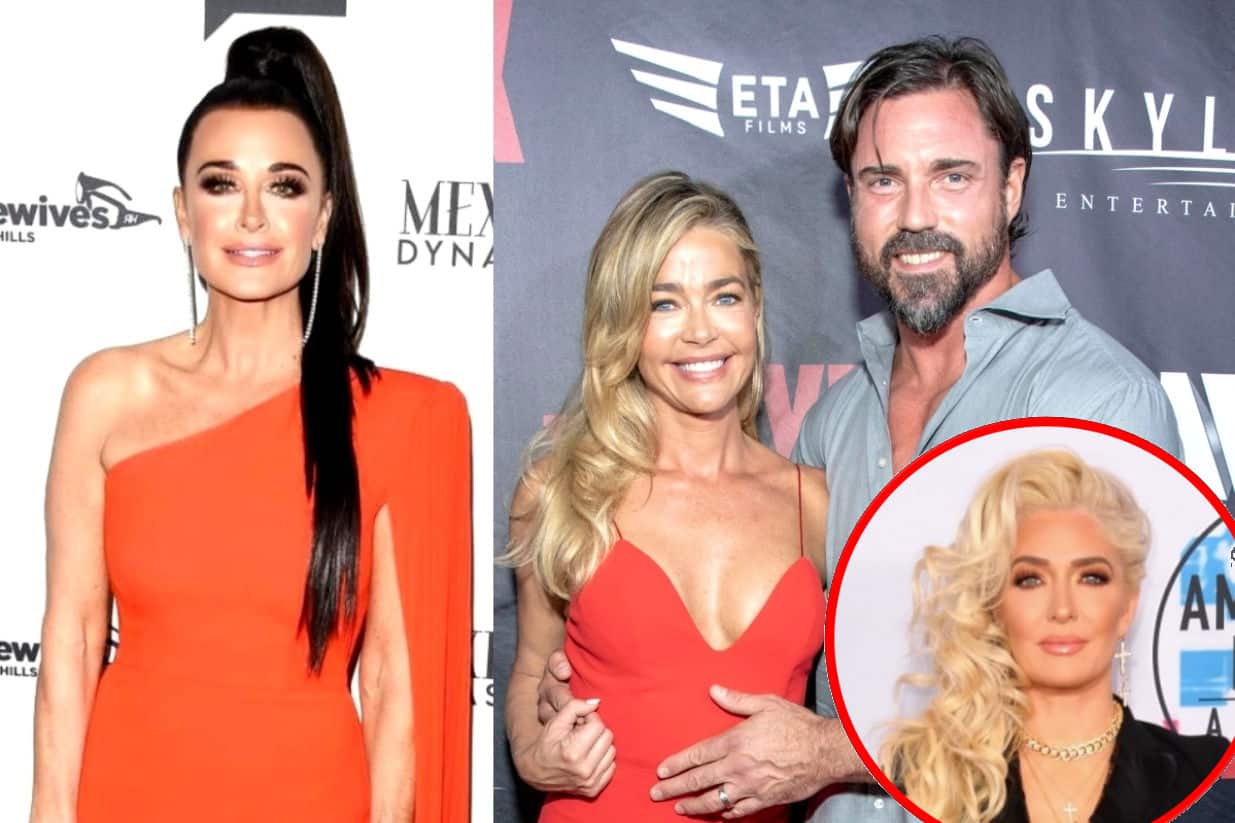 The Real Housewives of Beverly Hills star Kyle Richards is accusing Denise Richards of “mom-shaming” her as Erika Jayne doesn’t love when Denise’s husband, Aaron Phypers, gets involved in the ladies’ business.

In a preview for tonight’s episode, the women are gathered around a table at Kyle Richards‘ party — a children’s party. Denise is apparently uncomfortable inviting her kids to the event after the women had an “inappropriate” conversation near her kids at her dinner party.

The ladies vent in their testimonials as well as at the dinner table about what they find to be Denise’s hypocritical behavior… and her husband comes to her defense.

“[With] Denise saying, ‘I don’t feel comfortable bringing my kids around this group’ is like saying, ‘I’m here as a mom, and you’re down there,'” said Kyle in her testimonial. “I’m sorry, that’s mom-shaming, and I’m a really good mom. [It’s] probably the thing I’m best at in my life, and I’m offended by that.”

Kyle then confronts Denise at the table about being upset in last week’s episode in Santa Barbara as Denise maintains that she “wasn’t upset” with anyone in the group. As the ladies continue to go at it, Denise curses as Dorit Kemsley‘s daughter is nearby.

Aaron then butts into Kyle and Denise’s argument, trying to solve the situation.

“Aaron, Aaron, Aaron…” Kyle trails off. “That’s not the way it rolls.”

“Why?” he responds. “When people win, also people engage because they wanna see how those people won. Keep that in mind, ladies.”

We then cut to Erika in her testimonial, questioning what Aaron is actually trying to do in this situation. It’s not the first time the ladies were confused about his ruminations.

“What the f–k is Aaron talking about?” Erika exclaimed in her testimonial. “I have no idea … what are you saying?”

“I think everybody puts their hand in the center and does a ‘hoo-rah’ …” Aaron continued.

“Is Aaron a complete moron or is he on good drugs? I’m f–king confused, man,” Erika continued.

The preview clip is below.