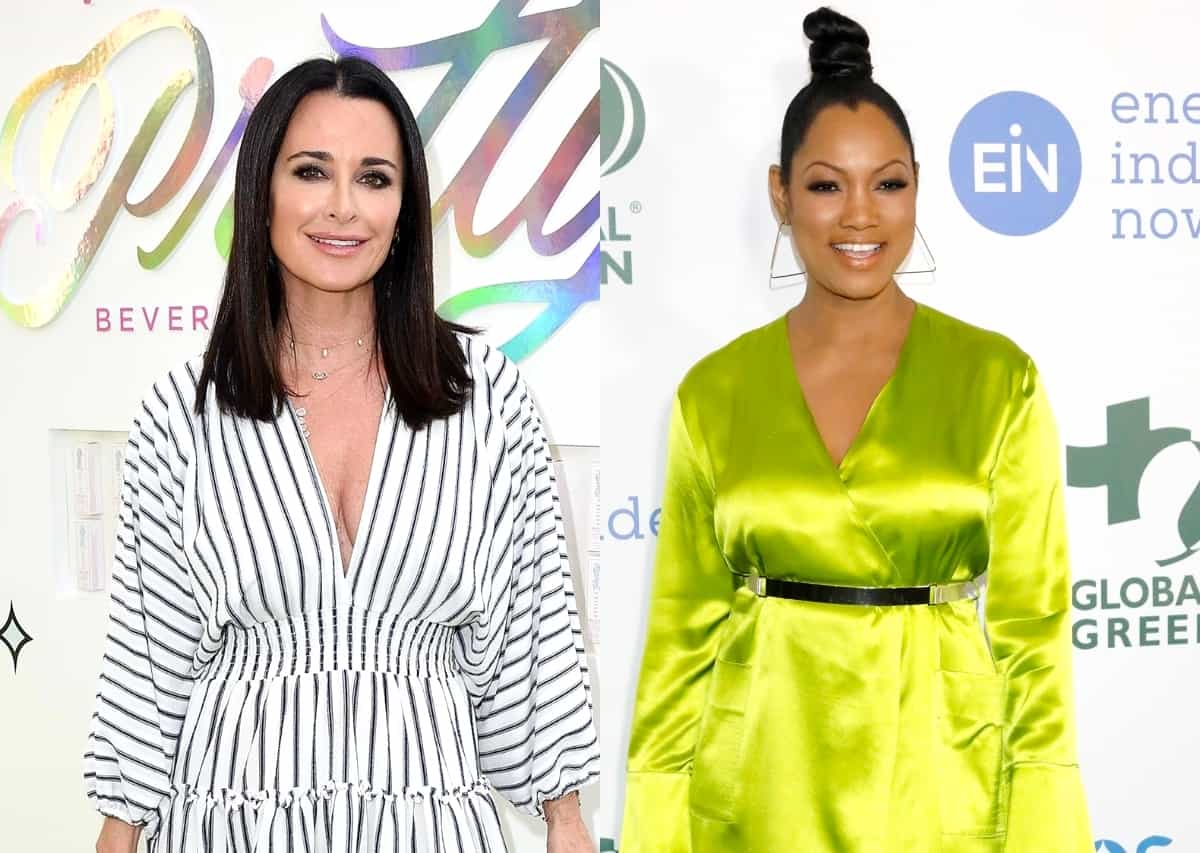 Kyle Richards believes Garcelle Beauvais likely targeted her on The Real Housewives of Beverly Hills in the hopes of securing an interesting storyline for herself.

After Garcelle accused Kyle of failing to make an effort with her during Wednesday night’s new episode, Kyle took to Twitter, where she accused Garcelle of creating a fake feud between them before admitting to feeling quite hurt after learning Garcelle was talking about her behind her back and reacting to a fan who called Garcelle “rude” for her acceptance speech diss.

Following a post from a fan who wanted to know why Garcelle was coming at her “so hard,” Kyle said she believed the actress was hunting for a storyline.

“I think because she was away a lot and was looking for a storyline. I showed up to her charity event and donated to her charity because I wanted to be there and support her,” Kyle wrote on June 3. 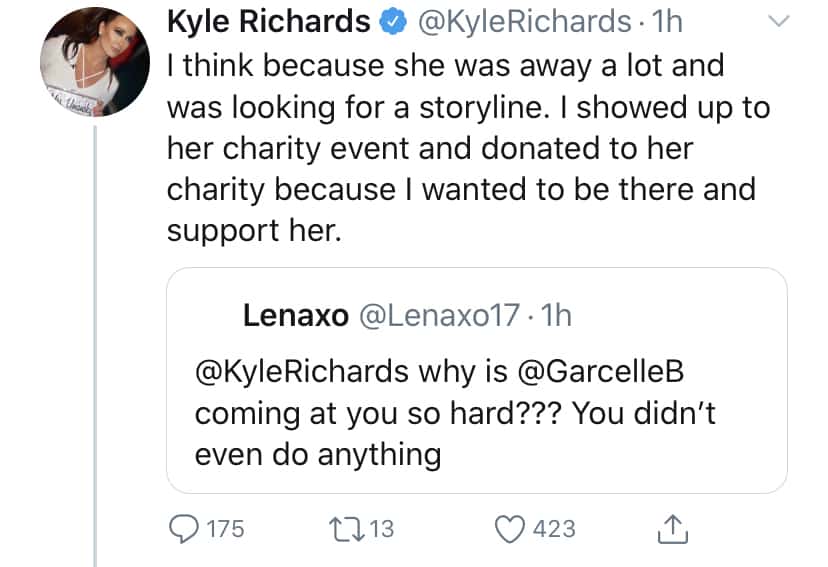 Then, after a couple of other fans said Garcelle was trying “too hard” to come for Kyle and another accused her of refusing to give their friendship a chance, Kyle responded with the 100 percent emoji. 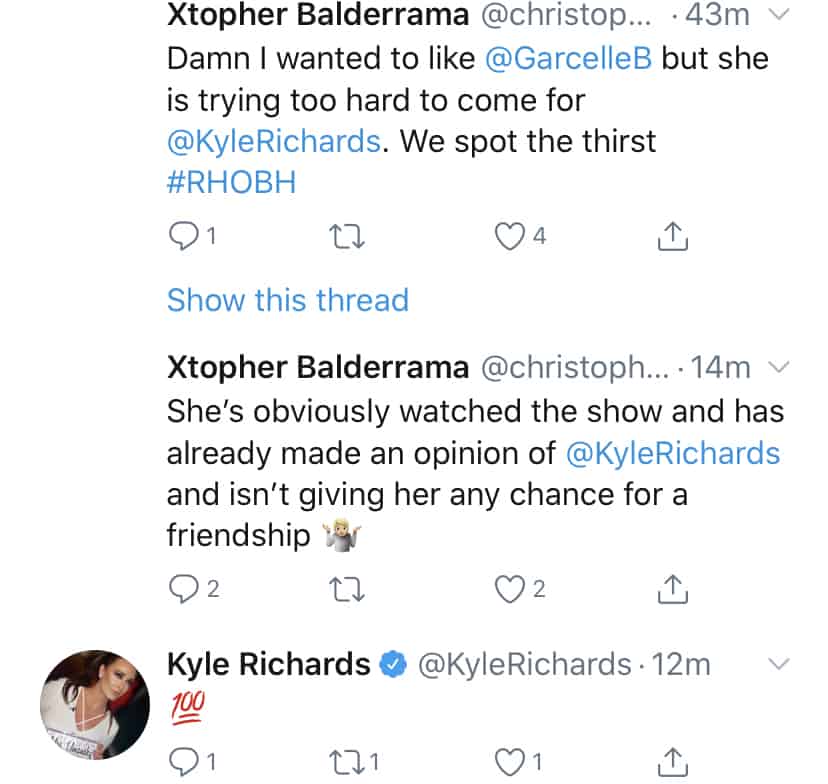 “It’s actually hurtful. I had no idea she was talking about me behind my back this whole time,” Kyle continued of the events that played out on Wednesday night’s show.

While some accused Kyle of texting as Garcelle was honored by the Los Angeles Mission, she explained on Twitter that she was actually capturing footage of what Garcelle was saying as her RHOBH co-stars took a bathroom break.

“I was taking pictures of her and at least I was not in the bathroom. But she didn’t care that Erika and Sutton missed the speech,” she revealed. 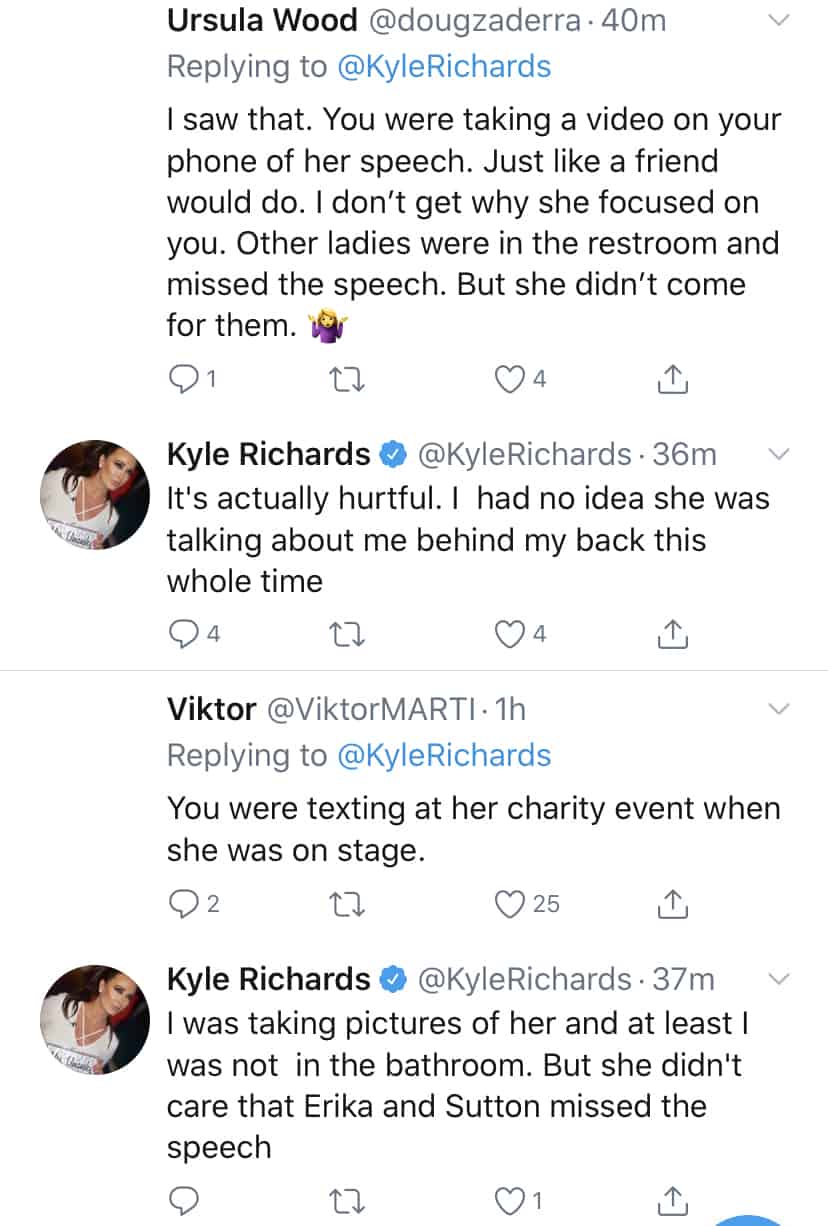 When another fan suggested that Garcelle was “rude” to diss Kyle in her acceptance speech at the Mission, Kyle admitted that she was completely clueless, up until that point, that she and Garcelle weren’t on good terms.

“I was clueless. I thought we liked each other,” she admitted. 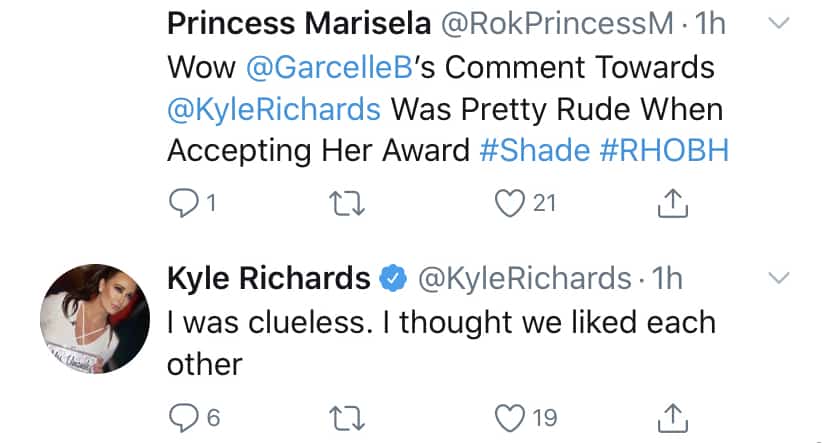 Although fans may not be getting the full story of what went down between Kyle and Garcelle after Garcelle joined the RHOBH cast last summer, Kyle told one man that Garcelle “knows the truth.”

“I think I am the only cast member that had her over to their house one on one to try and get to know her. I asked her so many questions about her life and enjoyed our time together,” she added. 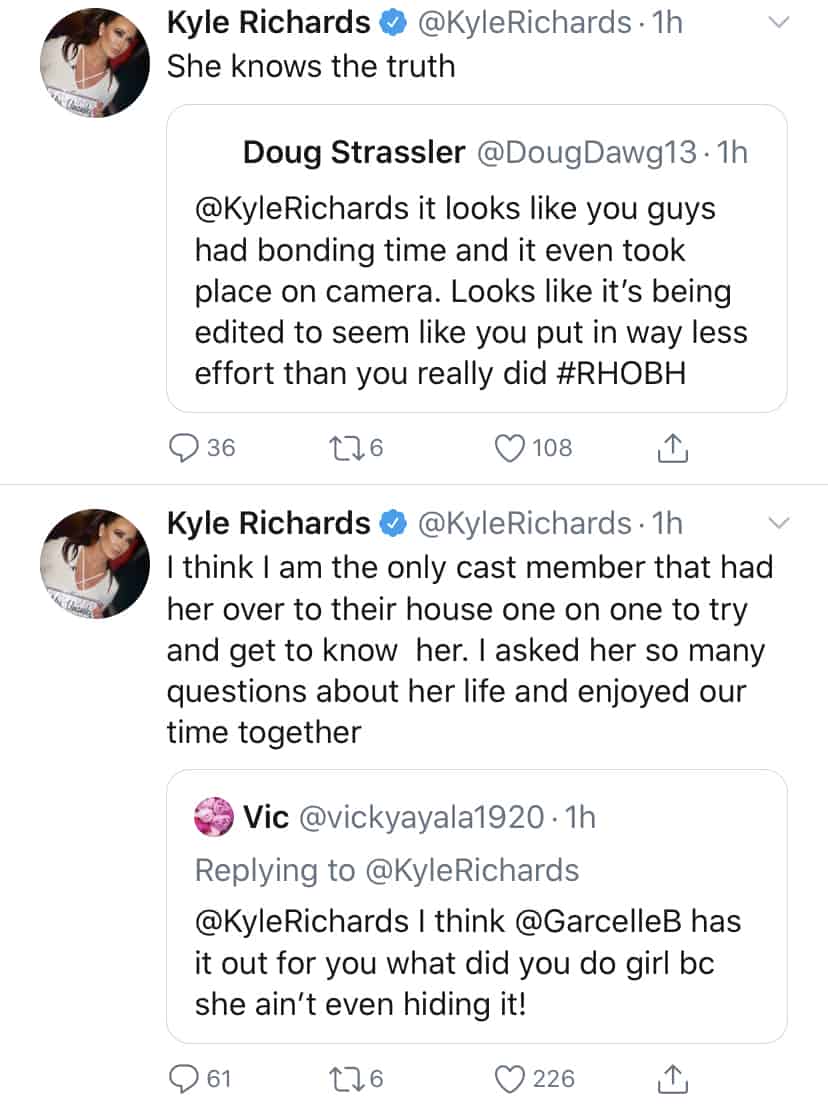