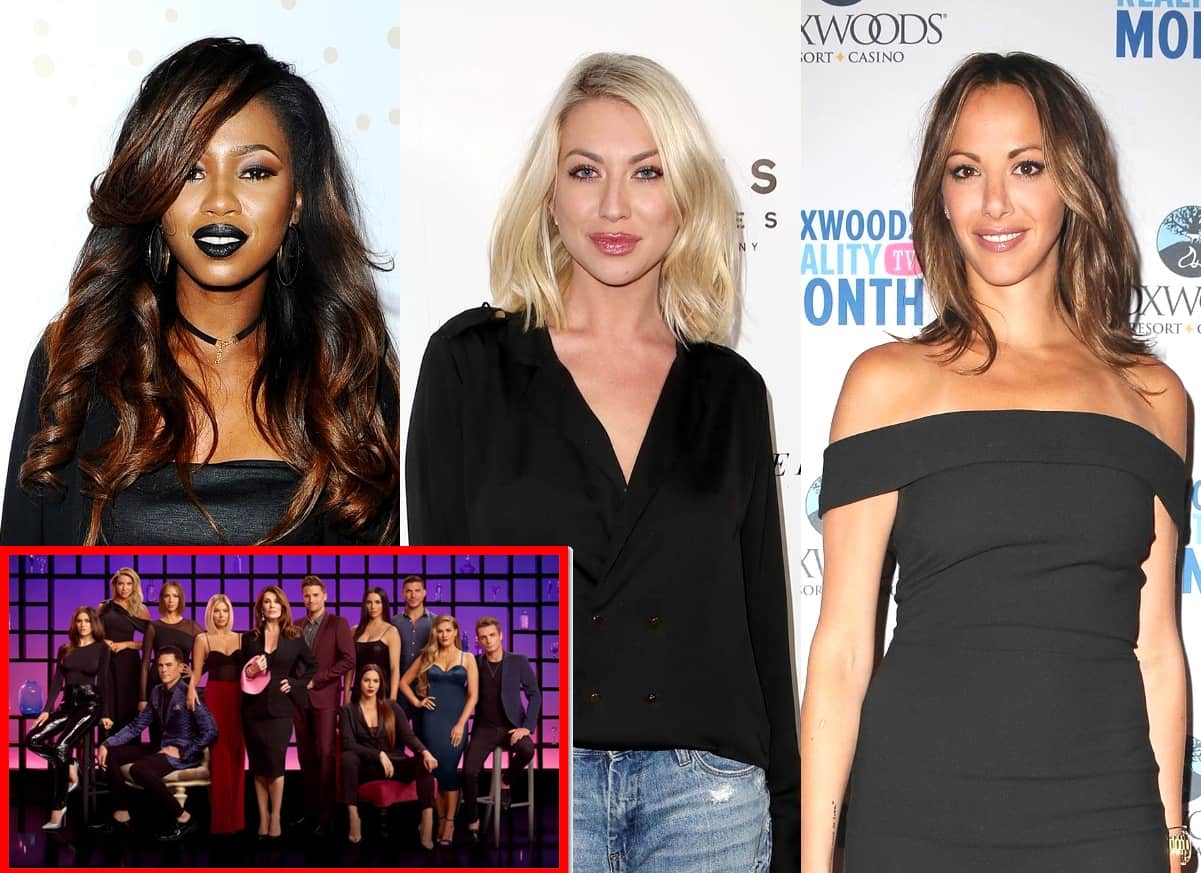 Faith Stowers feels “vindicated” by the recent firings of Stassi Schroeder and Kristen Doute, who she claims discriminated against her during her time on Vanderpump Rules.

Hours after Bravo confirmed they would not be welcoming Stassi and Kristen back to their series for its upcoming ninth season, Faith reacted to the news with excitement as an insider revealed how the rest of the Pump Rules cast was handling the sudden news.

“I feel so vindicated studios and production are able to see blatant racism and make these positive changes and help move the race forward — help with the fight forward,” Faith told Page Six.

On Tuesday, Faith learned of Bravo’s decision to fire Stassi and Kristen, along with Max Boyens and Brett Caprioni, both of whom shared racially charged tweets in the past, while praying for a family member.

“I was in the middle of prayer and I felt a sense of — I know it sounds corny — I felt a sense of glory,” she said. “I felt God’s presence and I’m seeing now maybe that is what that was. He gave me a sign of optimism meant to be hopeful and showing that all of this was worth it.”

According to Faith, she was hesitant to speak up about the way she was treated by Stassi and Kristen, who attempted to have her arrested years ago by calling the cops and claiming she committed a crime she didn’t actually commit, but is now glad she did so.

“Now I’m seeing Bravo follow suit, releasing women that have given crazy ratings for them because they want to be on the right side of history and I’m seeing people are finally hearing us,” Faith explained.

Moving forward, Faith hopes the networks and production companies will hire casting directors and producers of color to ensure that these changes will be permanent.

“I hope they use this time that they have now to educate themselves to why this happened to them and try to use [their] voice later for real change,” she said.

As for the rest of the Pump Rules cast, a source said earlier today that the remaining members of the series are “shocked” about Stassi and Kristen’s firings and learned about the news through the press.

“The rest of the cast is just finding out the news about the firings. They are shocked,” an insider told Us Weekly. “There was still no word to the cast about the plans for starting up filming for next season.”