Home Real Housewives of Orange County News Heather Dubrow Comments on Lisa Vanderpump’s Exit From RHOBH, Plus She Shares Why She Doesn’t Want to Run into Kelly Dodd and How RHOC Both Helped and Hurt Her

Heather Dubrow Comments on Lisa Vanderpump’s Exit From RHOBH, Plus She Shares Why She Doesn’t Want to Run into Kelly Dodd and How RHOC Both Helped and Hurt Her 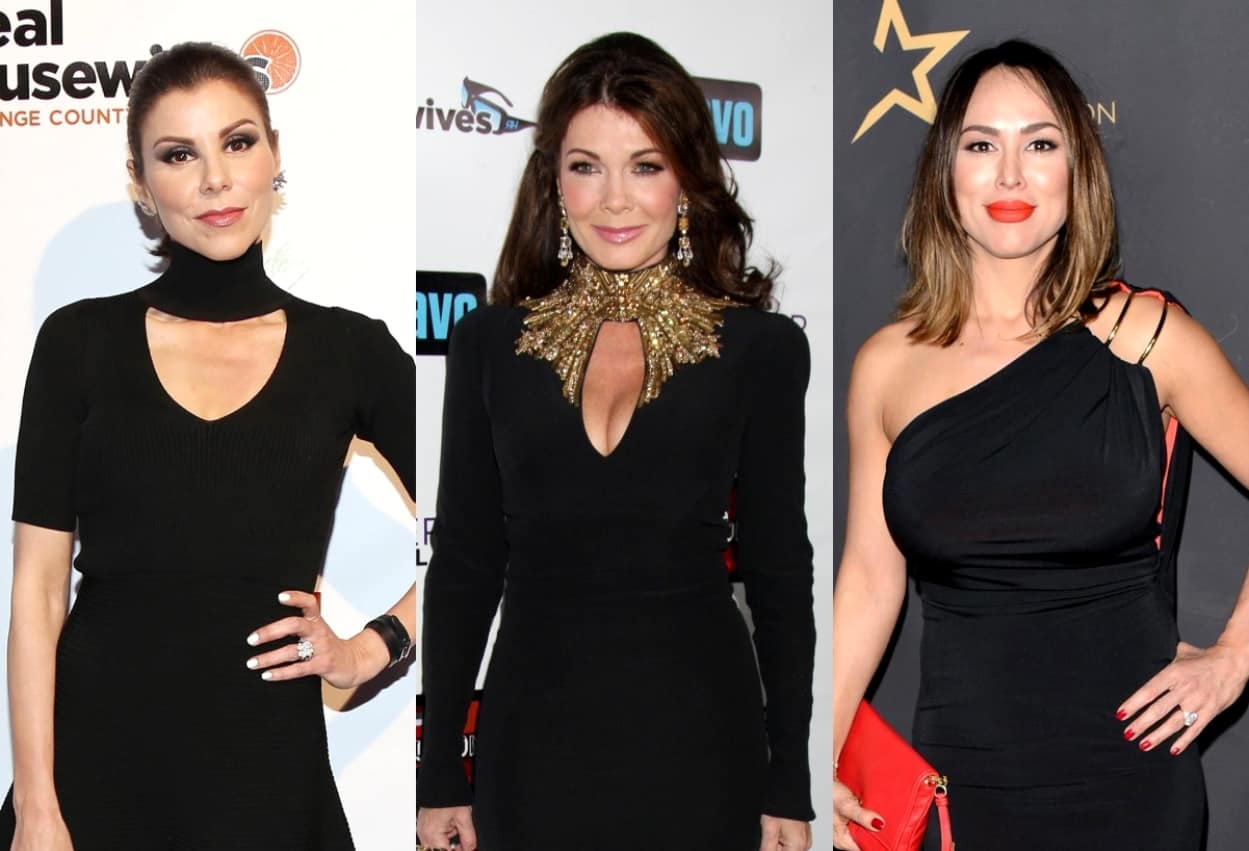 Heather Dubrow has some thoughts about her former co-stars — plus housewives of other franchises, as well.

In a new interview, the Real Housewives of Orange County alum reflected on the RHOC (amid Tamra Judge‘s and Vicki Gunvalson‘s exits) as well as thoughts on Lisa Vanderpump‘s departure from The Real Housewives of Beverly Hills. She also revealed why she doesn’t wish to run into Kelly Dodd.

Heather admitted on David Yontef’s Behind the Velvet Rope podcast that she was shocked by Tamra and Vicki’s exits, as the two brought “so much” to the show. Even so, she admitted these shows need to evolve and grow as the seasons move forward.

Heather then relayed that sentiment to the shakeup of RHOBH since Lisa’s exit from the franchise after season nine.

“People were worried when Vanderpump left that there was gonna be a real problem,” she said, but then she noted how new cast member Garcelle Beauvais is a friend of hers and explained how the show is actually doing well — even with one of its main OGs gone.

“She was on my podcast the other day and we were talking about it and the show is doing better than ever. Sometimes the show just has to keep moving,” Heather said.

Heather became great friends with Vicki and Tamra on the show, but she had some contentious conflicts with Kelly. When asked which of her former castmates she’d least want to run into on the town, Heather named Kelly as the person she’d most want to avoid due to her unpredictable behavior.

Even so, Heather admitted that she’s “really happy” for Kelly in her engagement to Rick Leventhal and maintains that Kelly is a “really good mom” to daughter Jolie.

The former reality star also commented on her time on RHOC, noting how it was “a really tough show to do” and that she “cried a lot” during her time on the show.

“I’m a sensitive person, I care what people think,” she said. “[T]he algorithm is, for every 30 hours you film, 20 minutes makes it to the air. That’s a big disparity, so what you’re not understanding is, something that might be important to me, that were moments or conversations that informed how I behaved or felt or thought or acted weren’t shown. It tells a different story. It’s frustrating, it was difficult. Not knowing what was going with the other girls and what they were saying … it was very, very hard for me.”

The mother of four also noted how even though it was often a difficult time, she still has many memories of the show she holds dear.

“Having said that, it was an incredible platform that allowed not only Terry [Dubrow] to continue to do Botched — and truly lead to that opportunity — for me, [all my business endeavors], it’s all kind of lead to that,” she explained.