Home Real Housewives of New York City News Jill Zarin On Why She’s Worried About Kyle Richards’ Marriage to Mauricio Umansky as She Warns Her to Get Off RHOBH, Plus the Ex RHONY Star Also Discusses Denise and Aaron

Jill Zarin On Why She’s Worried About Kyle Richards’ Marriage to Mauricio Umansky as She Warns Her to Get Off RHOBH, Plus the Ex RHONY Star Also Discusses Denise and Aaron 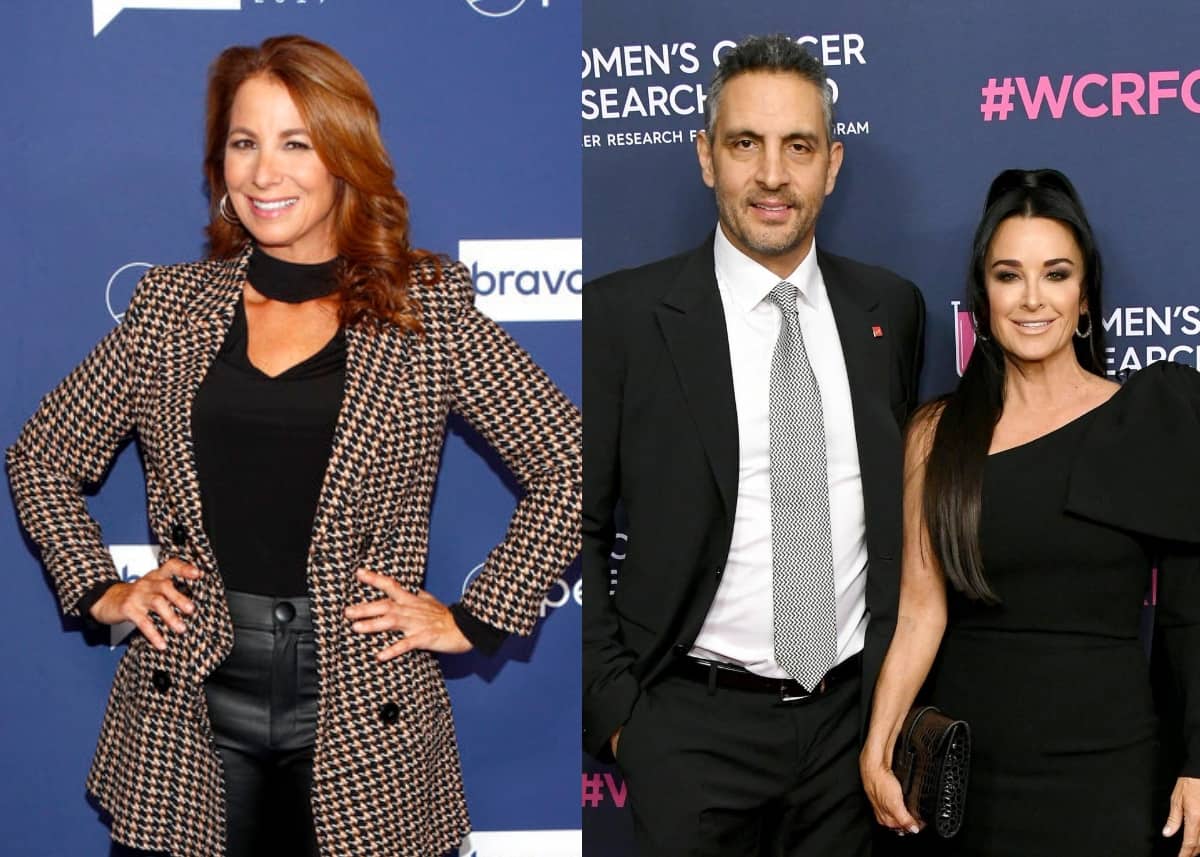 Jill Zarin seems to think the marriages of The Real Housewives of Beverly Hills cast members Kyle Richards and Denise Richards could soon be in jeopardy.

During a podcast appearance on Friday, the former Real Housewives of New York City star noted that reality television is “not good for” couples before explaining why she hopes to see Kyle leave RHOBH before anything happens to her marriage with husband Mauricio Umansky and commenting on the recent drama surrounding Denise and her husband, Aaron Phypers.

“It’s not good for any relationship,” Jill told Us Weekly of reality television on their podcast on June 12.

According to Jill, she believes Kyle and Mauricio are a great couple but fears trouble could soon plague their marriage if Kyle doesn’t leave the show, especially after experiencing her own relationship turmoil on RHONY.

“Kyle [Richards] and Mauricio [Umansky], I worry. I think they are a really great couple, but I know that [Bobby Zarin] and I after a few years, I felt it. I felt shaky. Not very shaky, but I felt a little shaky and I hope she gets off before anything happens to her and Mauricio,” Jill explained.

Jill then said that she is also concerned for Denise and Aaron, who are currently in the midst of drama due to Brandi Glanville‘s claims of a hookup with Denise.

“Denise [Richards] and her husband [Aaron], I can’t imagine what they must be going through now with all the drama. I don’t even know what the details are, I just know there’s drama,” Jill stated.

Although there is an open position left on the RHONY cast following Tinsley Mortimer‘s recent exit and move to Chicago, Jill said she doesn’t think she’ll go back.

“I’m just so happy to watch it though and I want it to stay on forever. So, I’ll do whatever I can to support it,” she shared.