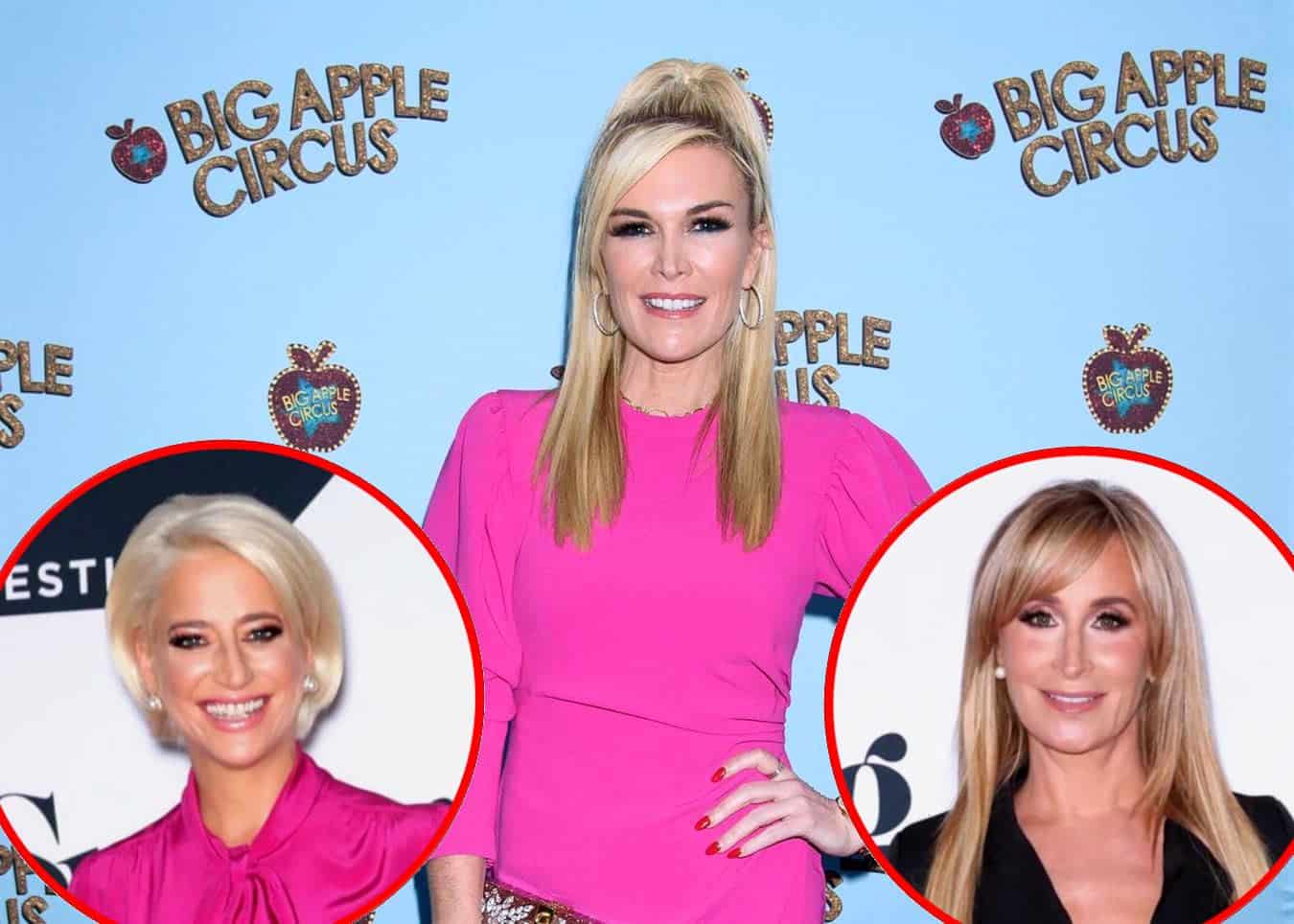 Tinsley Mortimer announced she was leaving The Real Housewives of New York City cast on Instagram on Thursday night amid the latest episode of the series, which featured an announcement about her engagement to Scott Kluth.

After a midseason trailer shared earlier in the day showed no sign of the socialite, Tinsley confirmed her sudden exit to her fans and followers as her co-star, Sonja Morgan, took credit for her happiness and Dorinda Medley explained why reality television was not the place for her.

“Thank you from the bottom of my heart to all my fans and friends who supported me and are happy for my fairy tale ending. Without [RHONY], I would never have met my prince charming, Scott. Being a Housewife was such a fun experience, and I thank [Andy Cohen] and all the wonderful people at Shed Media and [Bravo],” Tinsley wrote in her June 11 post.

“And without me you wouldn’t have met. So happy for you girl. You got the fairytale. Moved to NYC to live with a true girlfriend who was there for you with open arms. I got you on [RHONY] and my co star [Carole Radziwill] introduced you to Scott the man. May all your dreams come true,” Sonja wrote, adding, “I’m always here.”

Right away, Leah McSweeney was shocked at Sonja’s statement and added a “wtf?” in her own comment.

As for Dorinda’s reaction to Tinsley’s sudden exit, she appeared to be happy to say goodbye to her co-star as she reminded fans of the show that Tinsley has Sonja to thank for all her good fortune.

After Comments by Bravo shared the above screenshot of Sonja and Leah commenting on Tinsley’s exit, Dorinda wrote in the comments: “@sonjatmorgan your good deeds and introductions should not be forgotten!? ❤️ #thankyou.” 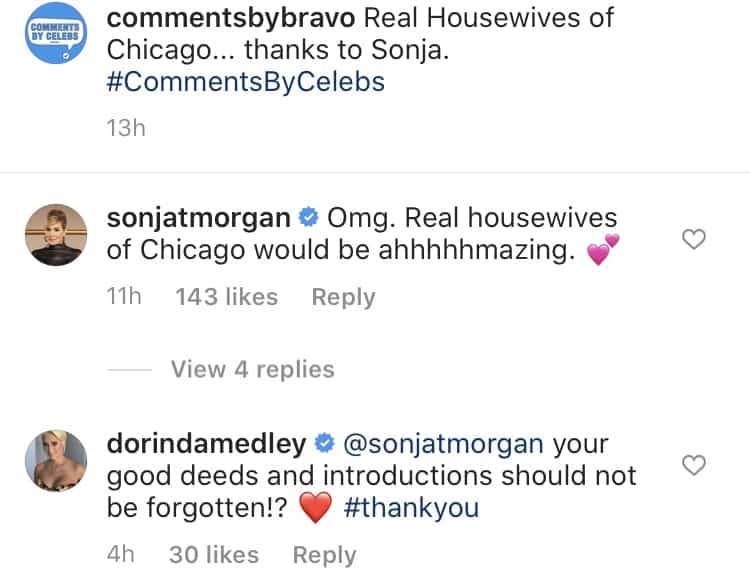 Along with Tinsley’s exit statement, she shared a video of the moment Scott got down on one knee in Chicago in November of last year. She also shared several photos from the time she spent with her former castmates.

“Swipe for a trip down memory lane. I love you all so much!!!” she said.