Dorinda Medley Reveals if She’s Spoken to Tinsley Mortimer Since Her Engagement, Slams “Ridiculous” Allegations of Jealousy and Accuses Tinsley of Failing to Be Transparent, Plus RHONY Live Viewing Thread

by Lindsay Cronin May 28, 2020 197 comments
ShareTweetWhatsappPinterestRedditTumblrMailFlipboard 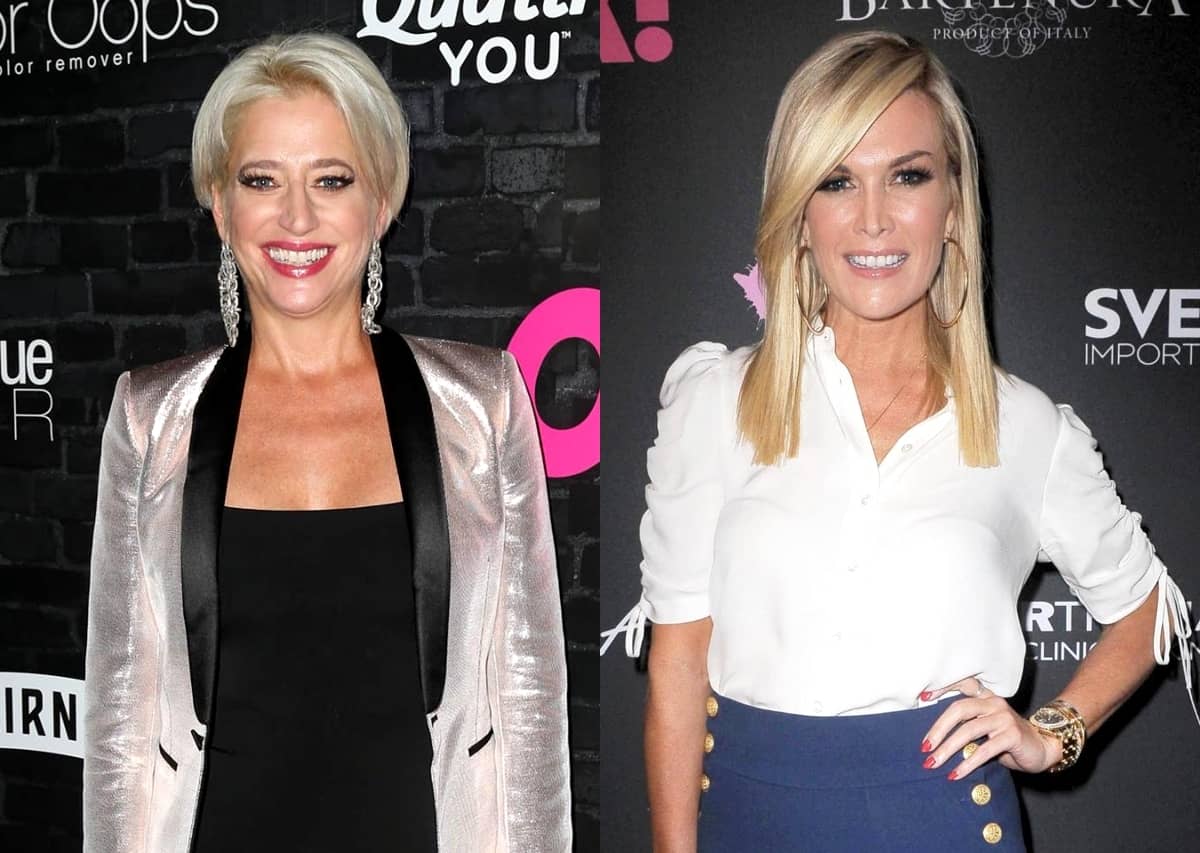 Dorinda Medley recently spoke out about her current relationship with Tinsley Mortimer.

As she continues to target Tinsley’s life choices and relationship challenges on The Real Housewives of New York City, Dorinda revealed whether or not she’s been in touch with Tinsley since her November 2019 engagement to fiancé Scott Kluth, reacted to accusations of jealousy, and explained why Tinsley simply doesn’t make a good reality star.

“No, I haven’t. Because you know, we just don’t have [a relationship],” Dorinda confirmed to The Daily Dish Podcast of her communication with Tinsley.

“Here’s the thing about Tinsley… none of us really ever had a relationship with her. And that’s fine,” she continued. “We are really like a sisterhood, the other girls. And because of that, we can have arguments together and we can go through stuff and circle back to each other. But I don’t think a lot of us felt that kind of deep connection with her. None of us really ever got to know Tinsley on that level and I don’t even think the audience did.”

Although Dorinda doesn’t have a connection with Tinsley, she said she’s a “great girl” and that she wishes her the best as she moves forward with her new life in Chicago with Scott.

“This is what she wanted to do, get married and live happily ever after,” she shared.

Over the past few weeks, Dorinda has been faced with backlash due to her alleged “bully” antics on RHONY and has also been accused of being jealous of Tinsley’s life.

“It’s the most ridiculous thing ever. Her wants and needs are far different than mine,” Dorinda said in response to the diss.

According to Dorinda, her main issue with Tinsley is that she doesn’t showcase her life on RHONY in the way that she and her co-stars have done. As she explained, if Tinsley wants to live a private life, she shouldn’t be on the show to begin with.

“That’s part of the game. If you want to be private and obscure and not be transparent, you should not be on a reality show. It was unfair, not only to me but to the rest of girls,” she explained.

Dorinda then applauded the new cast member, Leah McSweeney, for the way she’s opened up her life to the cameras.

“One of the reasons Leah has done so well so fast is because she’s not trying to hide anything. Sometimes it’s good and sometimes it’s bad. But she’s like, ‘Here it is,’” she said.

RHONY Live Viewing – This is also a live viewing thread for tonight’s new episode of RHONY, which airs at 9/8c on Bravo, so feel free to comment and chat as the episode airs. A preview clip from tonight is below as Ramona attempts to monitor Leah’s drinking.