Home Real Housewives of Beverly Hills News Eileen Davidson Talks Return to RHOBH, Addresses Denise Affair Rumors, and Admits She Wanted to Quit Show “Every Other Week” Due to Being “Boring”

Eileen Davidson Talks Return to RHOBH, Addresses Denise Affair Rumors, and Admits She Wanted to Quit Show “Every Other Week” Due to Being “Boring” 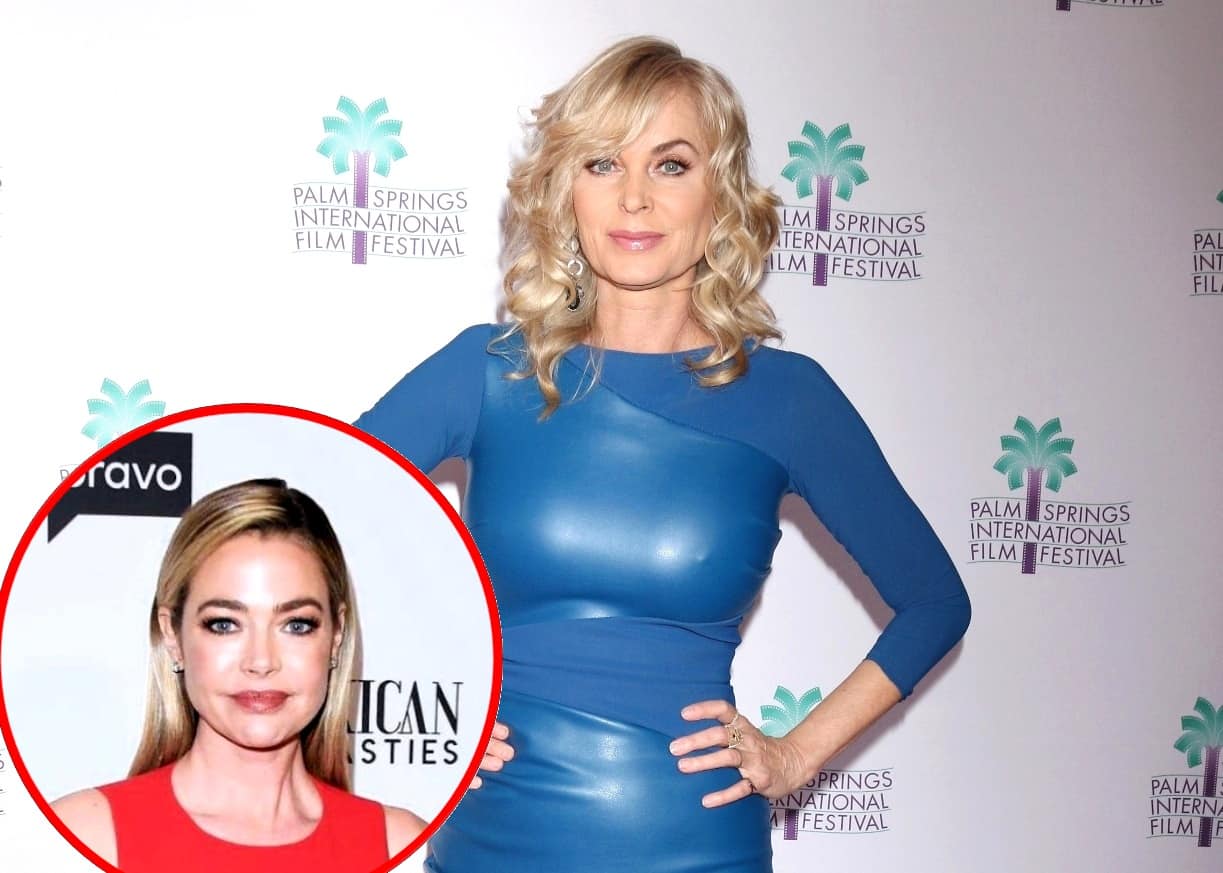 Former Real Housewives of Beverly Hills star Eileen Davidson is returning to the show for a minor appearance — just in time for those Brandi Glanville and Denise Richards affair rumors to start heating up.

In a new interview, the ex-RHOBH star dished on how she feels about those rumors plus she touched on how she was constantly on the edge of quitting during her time on the series.

Eileen may have left the franchise after season seven, but she’s back for a brief appearance that will be coming up soon. As we’ve seen in the midseason trailer, tension is starting to build even more, with Brandi’s accusations about Denise coming to the forefront. Was Eileen clued in at all?

“A few of the housewives came to my husband’s premiere of his movie Seven Days to Vegas and I kind of had a feeling something was going on. And I was kind of waiting for something to happen [laughs], ” Eileen shared on June 13 on Bravo’s The Daily Dish podcast. “But it did feel a little weird, and I asked Denise, ‘Are you okay?’ because it just felt weird, and she was like, ‘Yeah, I’m fine.’ Something was going on.”

She continued by sharing her experience from an upcoming episode where she spends time with the ladies at Kyle Richards‘ home, noting that the energy felt off within the group.

“On the way over to Kyle’s party, I rode with Erika [Jayne] and Lisa [Rinna] and they were saying that something was going on with some BBQ that Denise had had and they thought [Denise was] being kind of hypocrit[e], I guess,” she remarked.

However, the soap star made it clear that although she was around for some of the drama concerning Denise, she doesn’t have any inside knowledge about the affair claims. That said, she does have sympathy for Denise.

“I really don’t know what happened. I don’t know if it happened,” Eileen shared. “I honestly feel for her. Because even though you sign on for this, it’s not easy. And I’m not sure if she was prepared for all of this, you know? I feel for her.”

Eileen continued by saying that if it did actually happen, Denise “had to know” it was going to come out, considering the nature of being a real housewife.

In fact, Eileen admits that she herself doesn’t have “a tough enough skin” for the drama and wanted to quit “every other week” when she was on the RHOBH.

“Every other week. I was always going, ‘I don’t know if I can do this, I’m not sure,'” she said. “I was always talking to the showrunners and producers and I was always saying, ‘I don’t think I’m right for the show, I think I’m kind of boring.’ [I was saying] I’m not bringing a lot of drama, it’s not my nature, I try to get rid of the drama, I try to bring down the drama, I try to be reasonable. Frankly, I don’t think that I had enough drama, and I thought that the very first season. I was kind of surprised I was kept on.”