Home Vanderpump Rules RHOBH’s Dana Wilkey Claims Lala Kent’s Fiancé Randall Owes Her Money for Mega Yacht Room in Cannes, Says He Was “Made” by 50 Cent and Slams Him

RHOBH’s Dana Wilkey Claims Lala Kent’s Fiancé Randall Owes Her Money for Mega Yacht Room in Cannes, Says He Was “Made” by 50 Cent and Slams Him 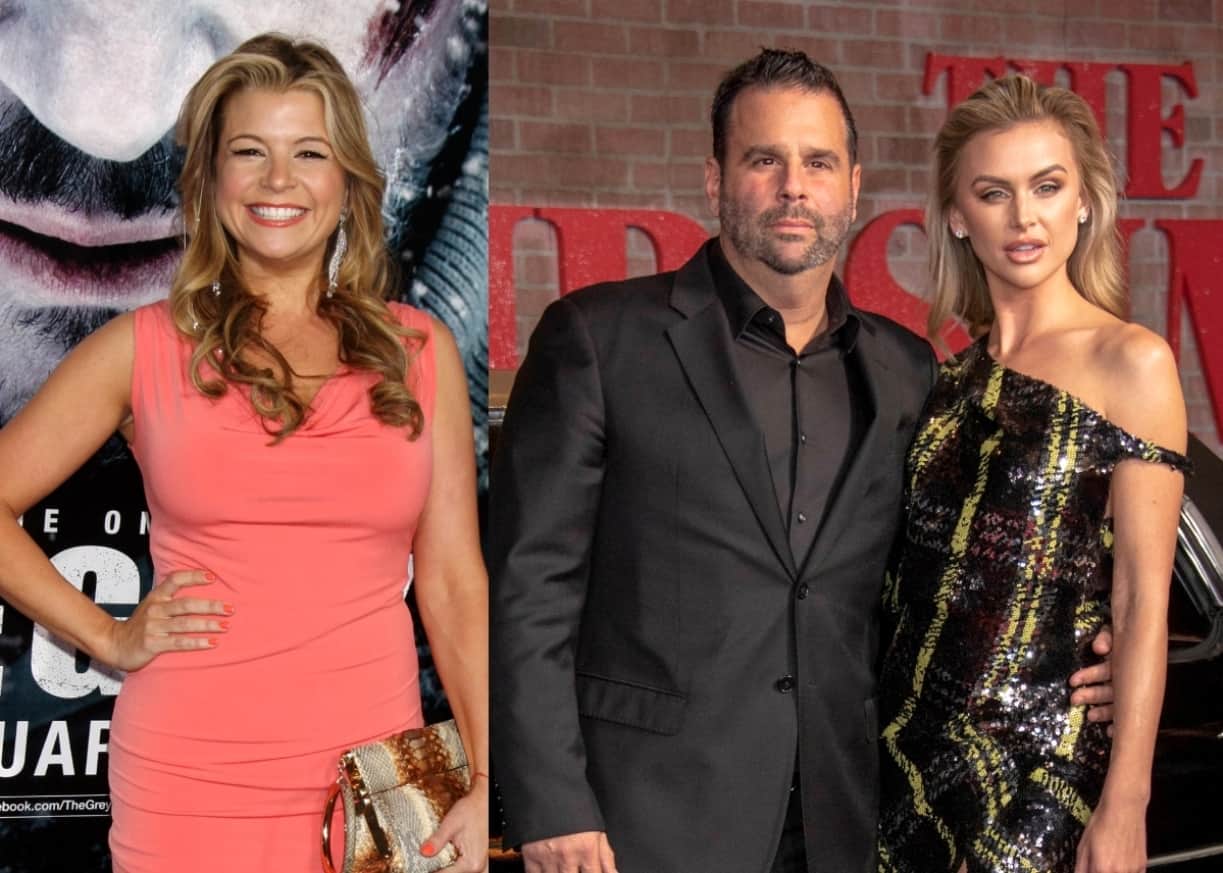 In a series of tweets, the season two “friend” reacted to a story about 50 Cent claiming Randall’s ex-wife, Ambyr Childers, was “laughing” at his life choices by suggesting the rapper “made” Randall. She revealed the movie producer owes her money and slammed him as “gross.”

“I hope this is true [50 Cent] you made that guy by letting him package you with Millennium Films,” Dana tweeted. “Randall still owes me 5000 for a room on the mega yacht RM Elegant in Cannes! #gross.” 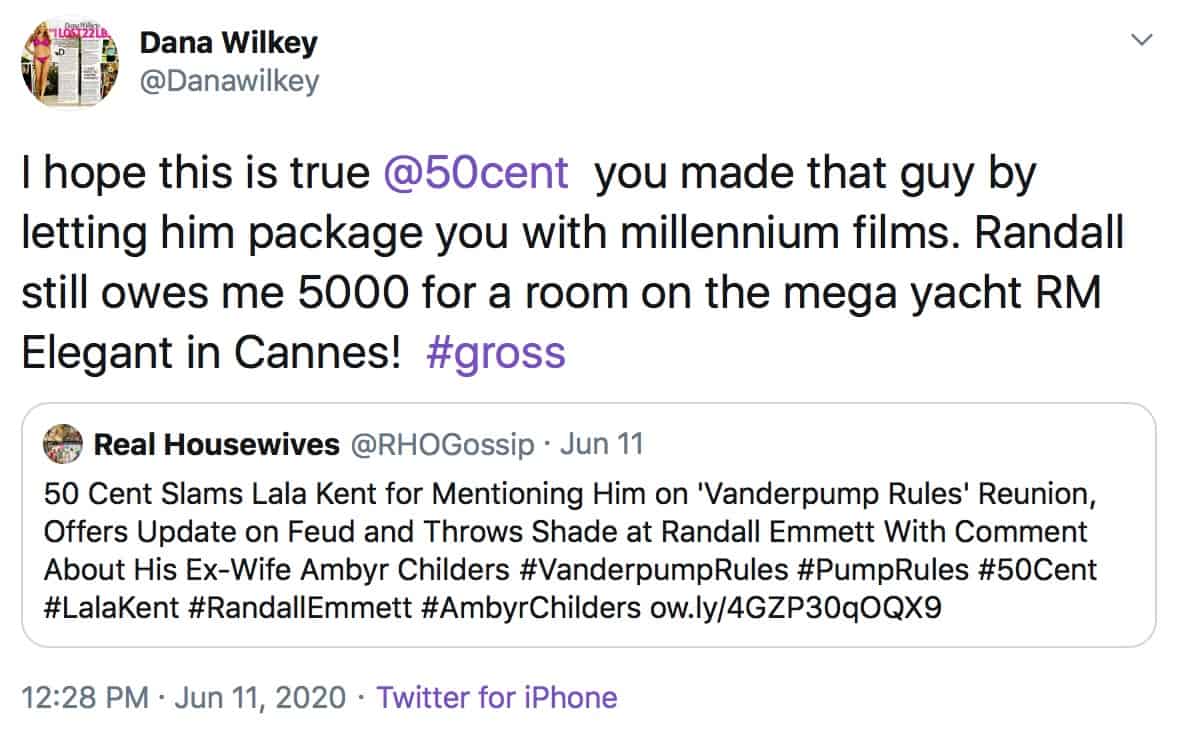 After Dana shared her surprising tweet, one of her followers took note of the “tea” and suggested she keep spilling.

“Randall Emmett is a dush,” Dana wrote in response, likely in an attempt at labeling Randall a “douche.” 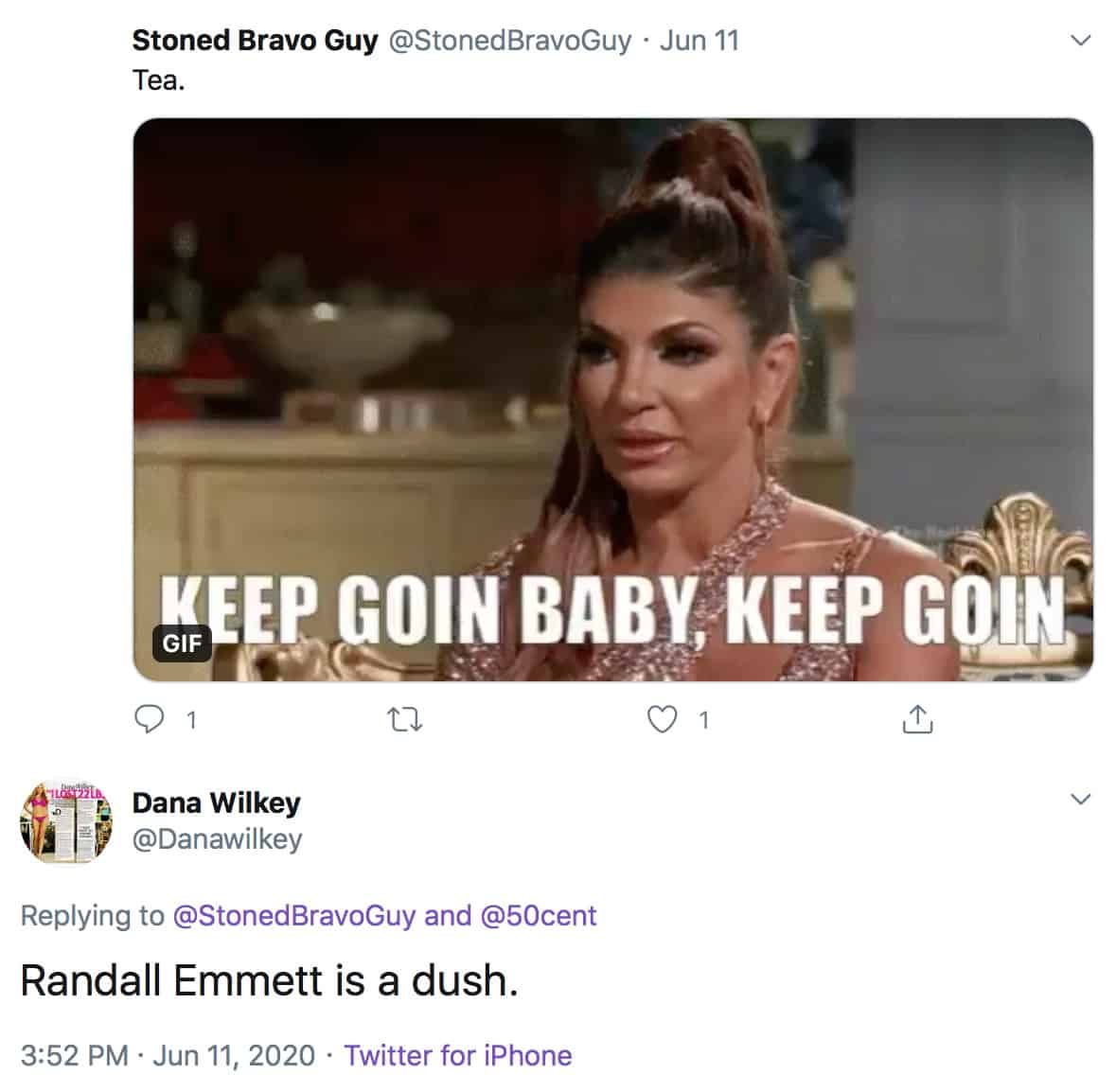 Weeks later, after a Bravo fanpage shared a “conspiracy” about Randall potentially paying for Dana’s pricey shades, Dana confirmed he did not buy her the item before revealing that he gave her the runaround after she attempted to collect the $5,000 he owed her for his rented room on the yacht.

conspiracy: what if Randall bought Dana Pam her $25000 sunglasses? pic.twitter.com/gEuEEzKnH5

“Did he??” a fan asked after seeing a photo of the two of them together.

“Hell no that’s so stupid,” Dana replied. “He rented a room on a mega yacht I had in Cannes and never paid me and then ran me around about it. He’s just a dush plain and simple! Don’t over think it.” 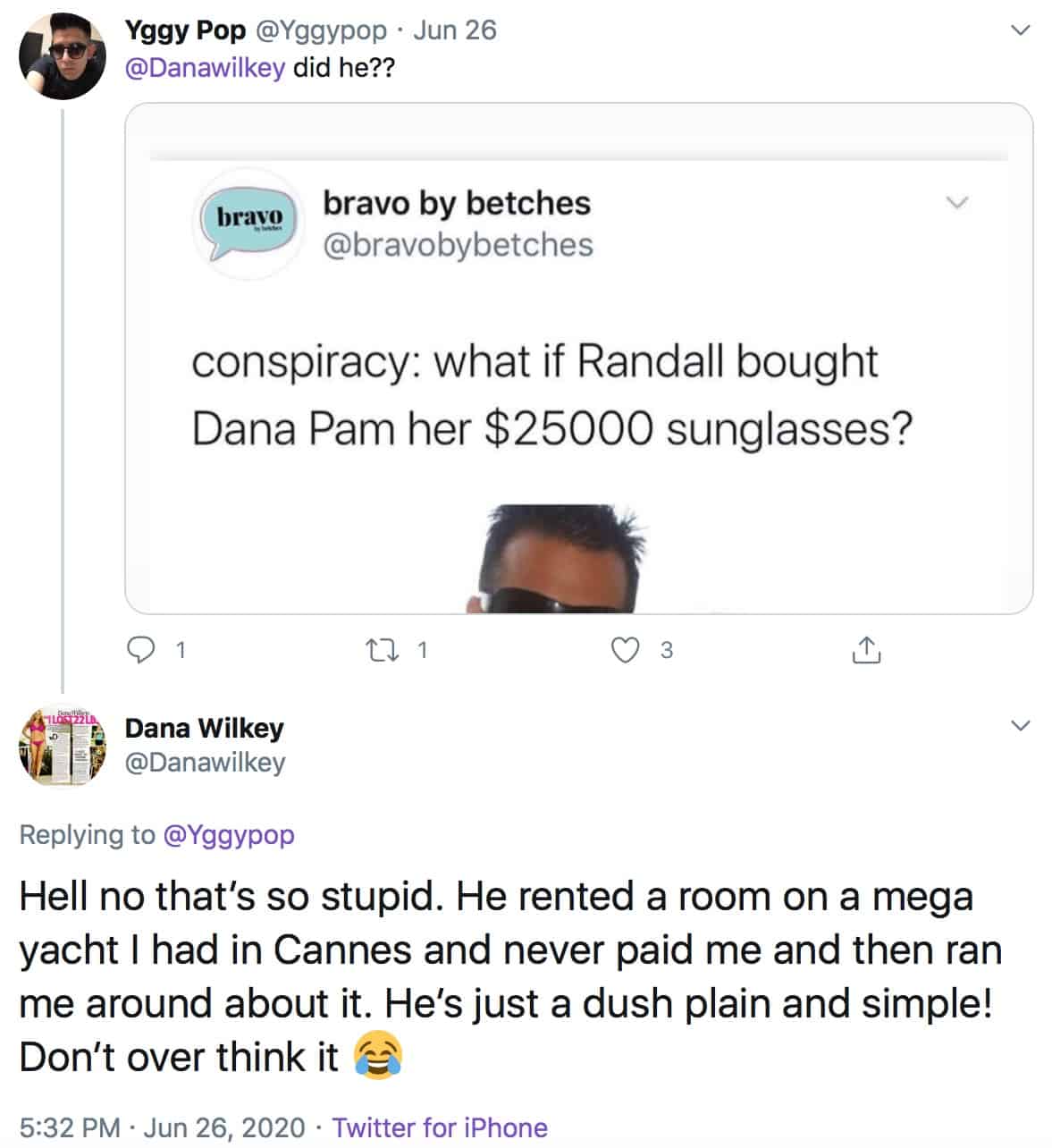 In addition to starring on RHOBH as a “friend” during season two, Dana also appeared in cameo roles on the series’ first and third seasons.