50 Cent Slams Lala Kent for Mentioning Him on Vanderpump Rules Reunion, Shades Randall With Comment About His Ex Ambyr Childers and Offers Update on Feud 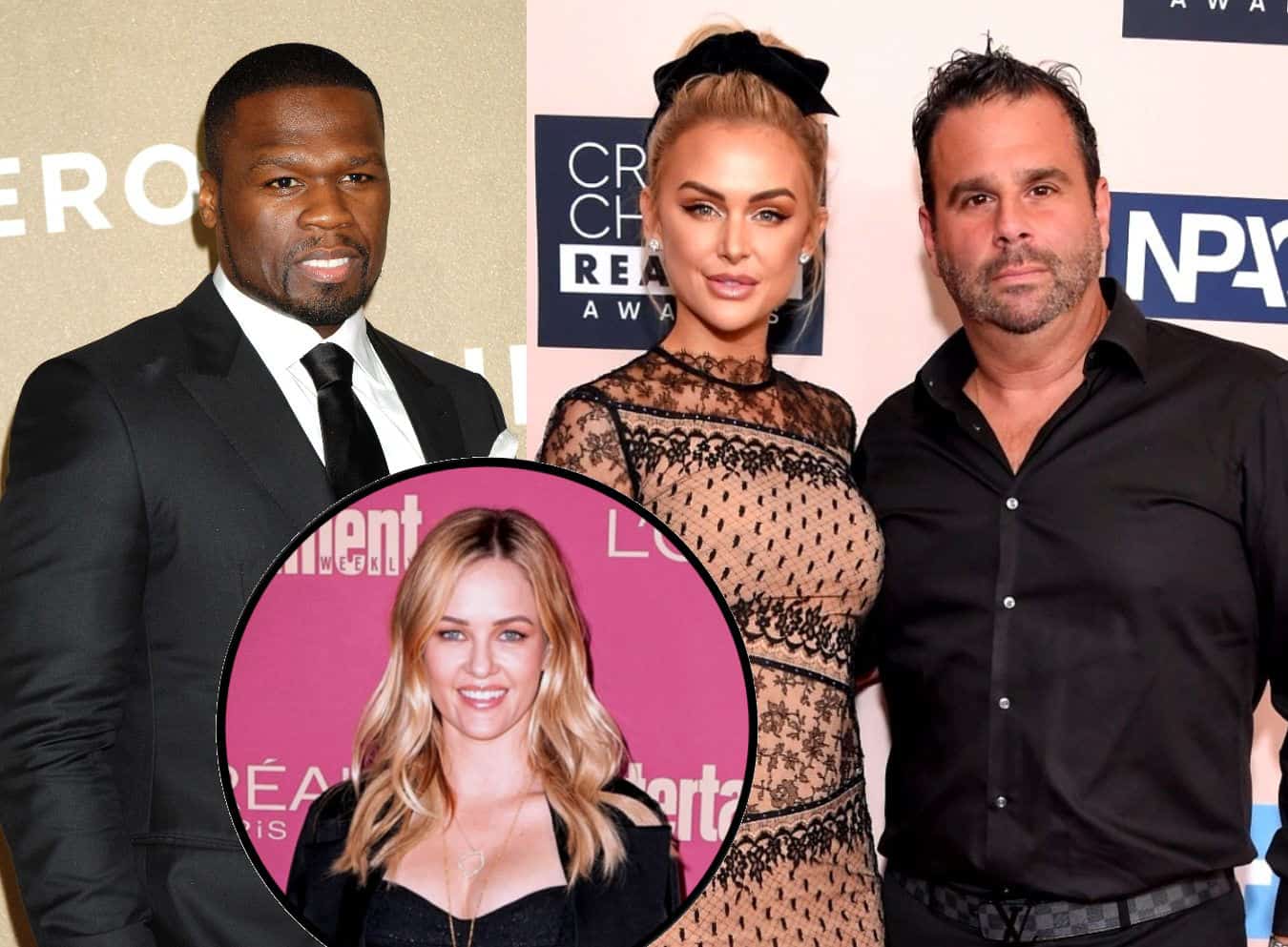 50 Cent wasn’t happy to see that Lala Kent mentioned him during part two of the Vanderpump Rules reunion, which aired on Tuesday night.

The episode featured Lala addressing her past issues with the rapper, who attacked both her and her fiancé, Randall Emmett, online last year after Randall failed to pay him the $1 million he owed, during a conversation about James Kennedy and an offensive meme he shared in reference to their dispute. After it aired, 50 Cent took to his Instagram page to react to the comments and to throw shade at Randall’s love life.

“Why this b**ch don’t just leave it alone. I don’t have beef with this h*e, I had issues with [Randall],” 50 Cent explained to his fans and followers on Instagram.

According to the rapper, their feud has been over since Randall handed over his $1 million.

But is it? In a final statement in the caption of his post, 50 Cent took a slight jab at Randall by suggesting his ex-wife, Ambyr Childers, is laughing about Randall’s relationship with Lala.

“I’m sure [Ambyr] is laughing at this guys choices,” he said. 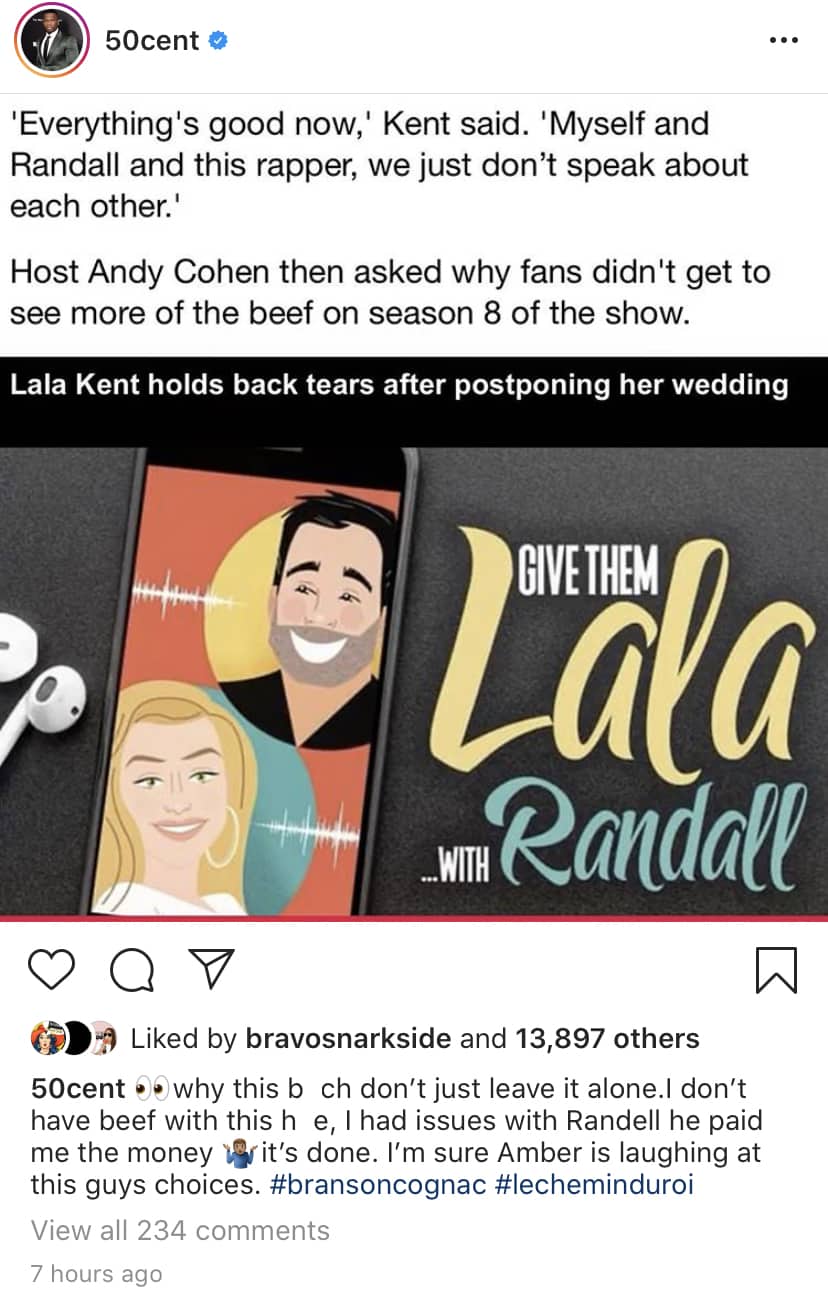 As Pump Rules fans will recall, Ambyr was also involved in 50 Cent’s feud with Lala and Randall last year as she reacted on social media after 50 Cent shared a clip of Lala appearing on a Pump Rules: After Show and admitting she let Randall “hit it the first night.”

“Oh boy…here we go again! I need a glass of wine for this one,” Ambyr wrote in a comment to the rapper’s post.

While Ambyr has been vocal about her distaste for Lala in the past, she and the reality star made amends at the end of last year and have appeared to be on good terms in the months since.