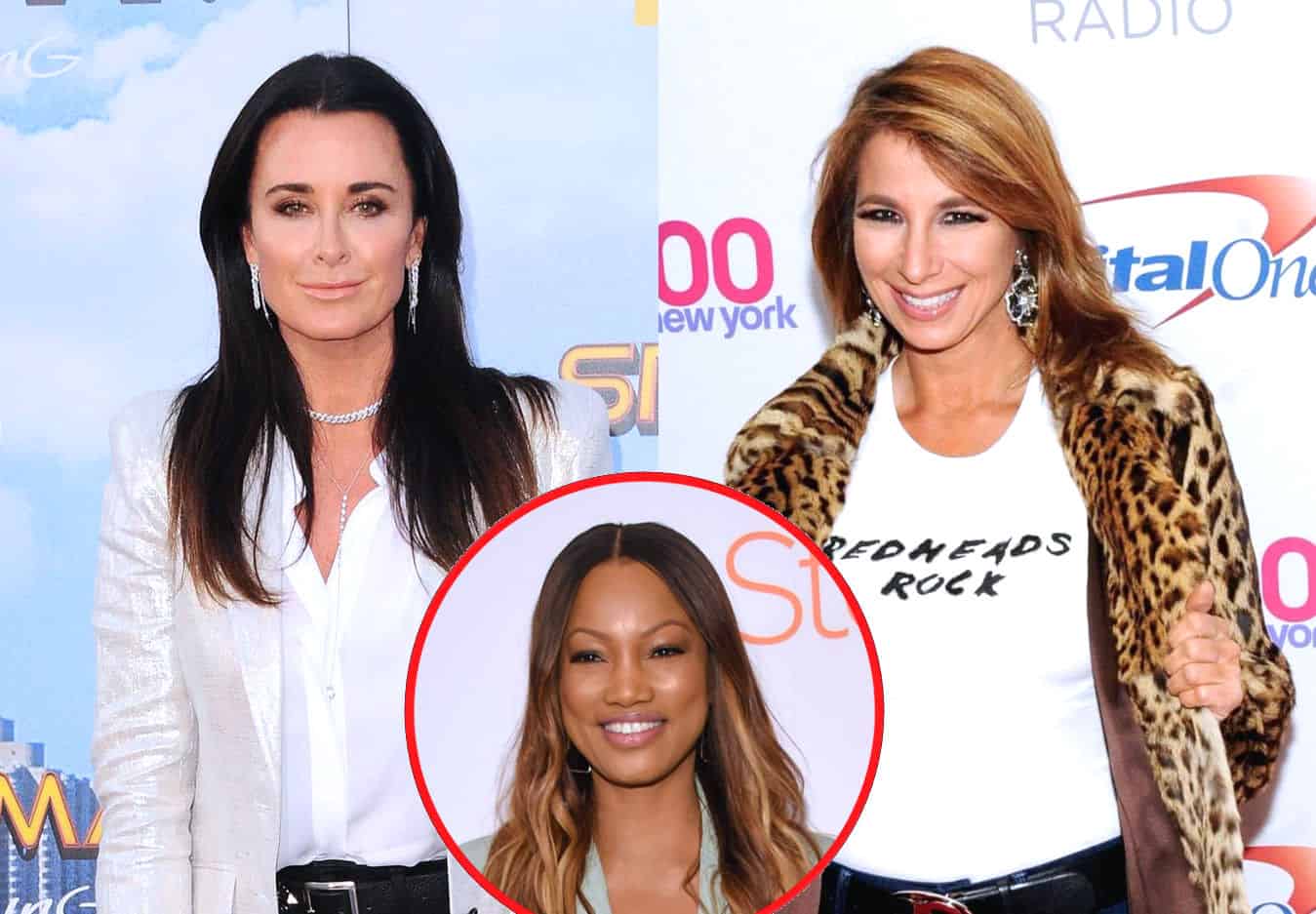 Kyle Richards is responding to statements Jill Zarin recently made about her marriage to husband Mauricio Umansky.

After Jill suggested Kyle should quit her role on The Real Housewives of Beverly Hills cast before something bad happens between her and Mauricio, Kyle appeared on Watch What Happens Live, where she addressed Jill’s warning before taking aim at her co-star, Garcelle Beauvais, for her “unbelievably rude” Los Angeles Mission speech.

“I just think that she was coming from… because there is that supposed jinx with marriages and the Housewives. But we’re going strong, almost 25 years married,” Kyle explained to host Andy Cohen during the July 8 episode of his late-night talk show, which is currently being filmed virtually.

As Real Housewives fans may have seen, the former Real Housewives of New York City cast member told Us Weekly on their podcast that she was concerned about the future of Kyle and Mauricio’s marriage.

“I worry. I think they are a really great couple, but I know that [Bobby Zarin] and I after a few years, I felt it. I felt shaky. Not very shaky, but I felt a little shaky and I hope she gets off before anything happens to her and Mauricio,” Jill said in June.

As for her thoughts on Garcelle’s speech at the Mission, during which Garcelle shaded the RHOBH cast, Kyle said her castmate’s comments caught her off-guard.

“I was totally blindsided,” Kyle admitted. “I thought we were getting along great. I adored her and I thought she was a great addition to the show.”

During the episode, Garcelle was seen on stage at the mission event, telling guests, “I want to say thank you to that table over there, everybody who supports me, loves me. My new best friends. Some of them, not so much, but we’ll figure that out.”

“I was one of the first people to raise my hand and donate to her charity and she didn’t acknowledge that in the episodes or anything, which I didn’t do it to be acknowledged. But it was really rude,” Kyle continued of her co-star’s message. “It was really unbelievably rude to stand up and make a speech like that.”