Home Real Housewives of Beverly Hills News RHOBH’s Sutton Stracke Accuses Garcelle Beauvais of “Hating” on Kyle Richards, Plus She Says She Should Get a Diamond Over Brandi and Shares Update With Dorit

RHOBH’s Sutton Stracke Accuses Garcelle Beauvais of “Hating” on Kyle Richards, Plus She Says She Should Get a Diamond Over Brandi and Shares Update With Dorit 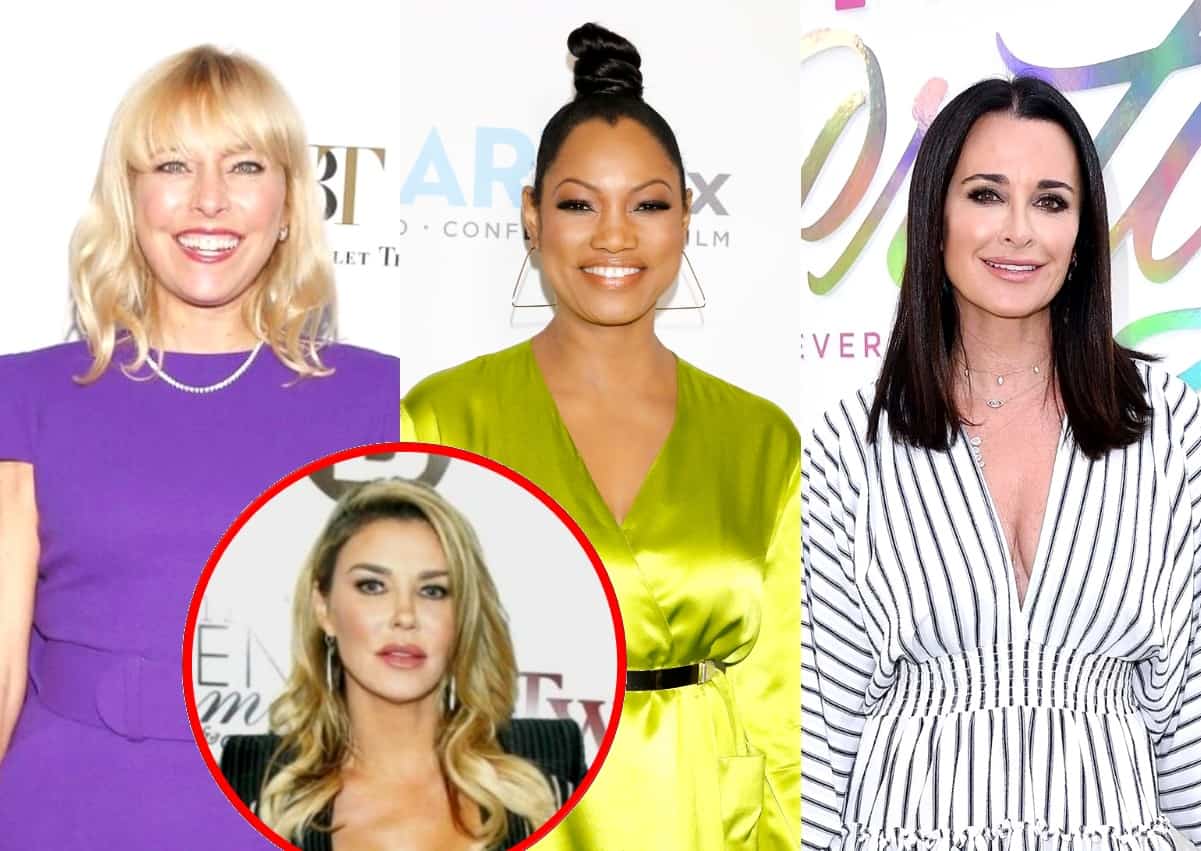 During a new interview, the Real Housewives of Beverly Hills newbie addressed the ladies’ feud, which began after Garcelle slammed Kyle as unwelcoming during an episode of Watch What Happens Live months ago and spoke about the drama surrounding Brandi Glanville and Denise Richards. She also suggested it is her, and not Brandi, who should be given a diamond for season 11.

“I’ll tell you, I don’t get it. Why is Garcelle — why is she hating on Kyle? I do not understand,” Sutton admitted on #NoFilter with Zack Peter. “I’m gonna talk to Garcelle about this, because I really am like…?”

While Garcelle has suggested that Kyle was cold when she first joined the RHOBH cast last summer, Sutton said her early moments with Kyle were completely different.

“[Kyle] was so warm and friendly. And she was so busy when we first started. You know, we met in New York and she was doing her fashion show and then she was also recording a movie so she was just everywhere and I was astonished at how much she could get accomplished and you know, she’s there full throttle,” Sutton shared. “She’s a sweetheart.”

As for the rumored affair that took place between Brandi and Denise, Sutton said that when it comes to their potential hookups, this is not a case of she said, she said.

“They either did it or they didn’t. Somebody’s lying or somebody’s not lying. That’s it. You know, this is a black and white thing,” she explained.

And when it comes to her encounters with her RHOBH castmate, Sutton reveals she’s always found Brandi to be “really sweet and kind.”

“She’s got a good heart. She’s not vindictive and mean. I mean, she can be, I guess. We all have that part of us, but I don’t think that’s her go-to,” Sutton claimed.

That said, she doesn’t want to see Brandi be upgraded to a full-time position next season.

“No, I think we should give me a diamond,” she said. “I am not concerned with Brandi. I’m concerned about myself.”

Also during the interview, Sutton revealed where she and Dorit Kemsley stand today, months after Dorit voiced concerns about her potentially ruining Lisa Rinna‘s daughter’s clothing launch if she were to come face-to-face with their mutual friend, makeup artist Joey Maalouf, who Sutton was not on good terms with at the time.

“It’s better. We’ve gotten to know each other a little bit more. I didn’t have a lot of time one-on-one with her, so she’s probably, out of everybody, the least that I got to know,” Sutton explained. “You know, Dorit’s all about Dorit. Let’s face it. I mean, you gotta love her for it, but it’s true.”