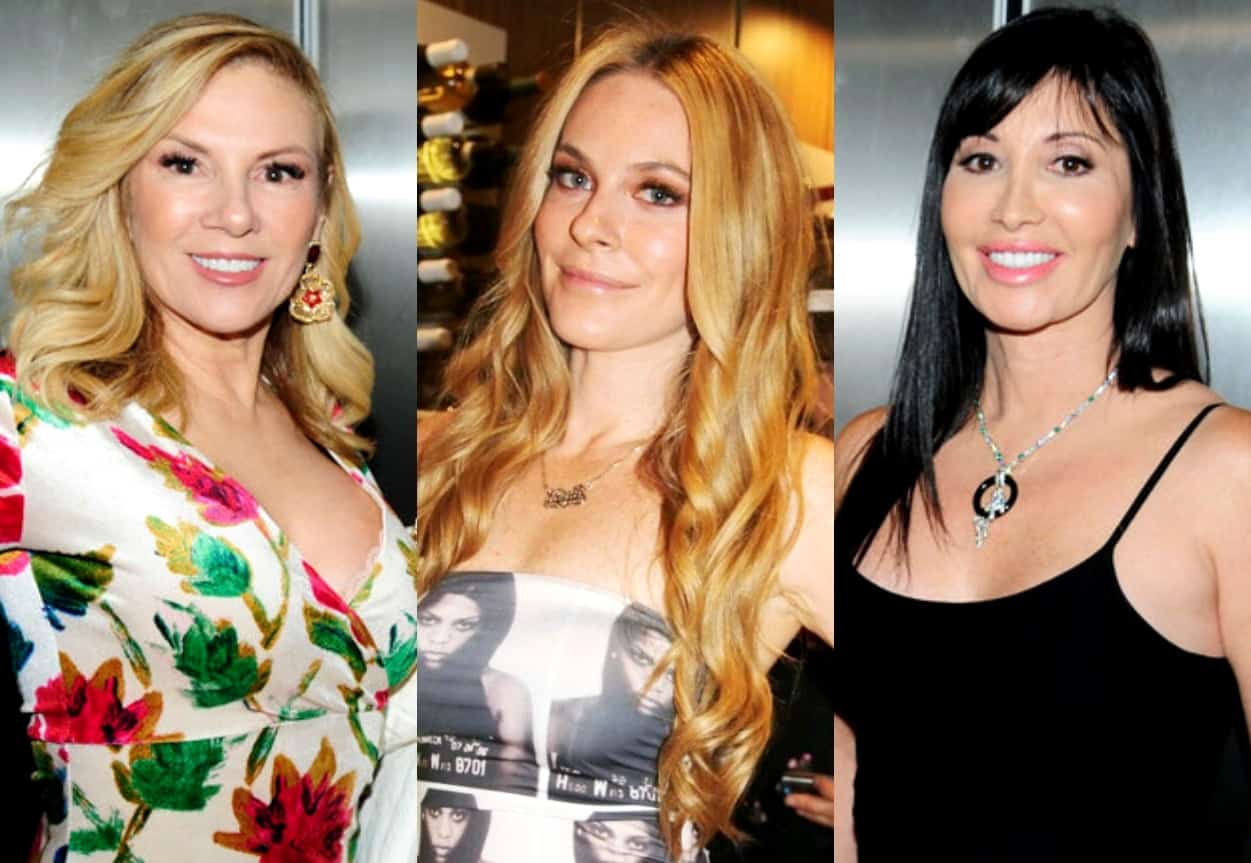 The RHONY newbies are seemingly closer than ever these days, conveniently bonded by their shared disdain for Ramona. Elyse and Leah feel Ramona isn’t treating them the best this season and are firing back accordingly.

In the recent Cameo, sent to fan Heather Foley after she asked Elyse to “spill some Ramona tea,” Elyse threw some shade at Ramona’s boasting about her “50 best friends.” Then, Leah made a surprise appearance, claiming Ramona can’t get a man because she “s–ts the bed during s-x.”

Y’all it’s been a DAY! Last weekend I bought a Cameo from Elyse for $25 and asked her to spill some Ramona tea. What I received today was the greatest 56 seconds in film history. Citizen Kane could never! Enjoy, my RHONY friends & feel free to call out anyone who uses my video without crediting me! #RHONY

What was initially a private Cameo appearance for a fan turned into a full-blown RHONY war, with Ramona firing back in the comments section of the post and Elyse and Leah subsequently taking their own shots as well.

Ramona first defended herself against their jokes and what she called “mean girl behavior.”

“There is absolutely no truth to this. These girls are blatantly lying to create fake news in order to try and fain their own fame,” Ramona commented. “It is very sad, immature and quite frankly mean girl behavior. The [sic] both have daughters and Nicole Slaine @nikislaine is a family friend. What example are they teaching and sending them … that bullying is acceptable …”

Fans then responded to Ramona’s comments, with @nicholedanaher asking, “@ramonasinger okay Ramona but did you s–t yourself in Newport???” referencing recent claims from Leah.

“@nicholedanaher no […] All cast members had problems because we have parasites,” Ramona replied [?!]. “Cartagena everyone had a problem with holding her bowels.”

Elyse then responded to a fan who somewhat defended Ramona, saying she thought Elyse was “better than this.”

“On the cameo I actually was referring to Ramona saying she can’t meet a man because she is the 1%,” Elyse replied to a fan, then re-posted by @commentsbybravo. “The rest of the cameo was a surprise and was never meant to be seen by anyone other than the person who bought the cameo 🤷🏻‍♀️”

We have answers. #CommentsByCelebs #RHONY

Leah also took a swing back at Ramona, in what seems to be a now-deleted comment, first re-posted by @commentsbybravo from @bravohistorian’s Instagram page.

“@ramonasinger ok geriatric Regina George aka Miss all lives matter Don’t worry about the example I set for my daughter. She has an open mind and heart. Treats all with respect. Doesn’t see people or treat people as ‘less than.’ Elyse was ur actual friend (no idea why). You don’t deserve Elyse. OH HELL NO BITCH!”

This bizarre conversation has definitely been confusing us, so we’ll have to stay tuned to upcoming episodes of RHONY to see what this is all about. We’ll also have to stay tuned for the drama that may continue to boil over off-screen — and lead up to an eventful reunion.

The Real Housewives of New York City airs every Thursday at 9 p.m. ET on Bravo.