Home Real Housewives of New York City News RHONY Star Leah McSweeney’s Sister Sarah Blasts Ramona Singer Over Behavior and Accuses Her of Flirting With “Drunk Married Men” as Leah Calls Her Out for “All Lives Matter” Comment, Plus is Leah a Ratings Booster? 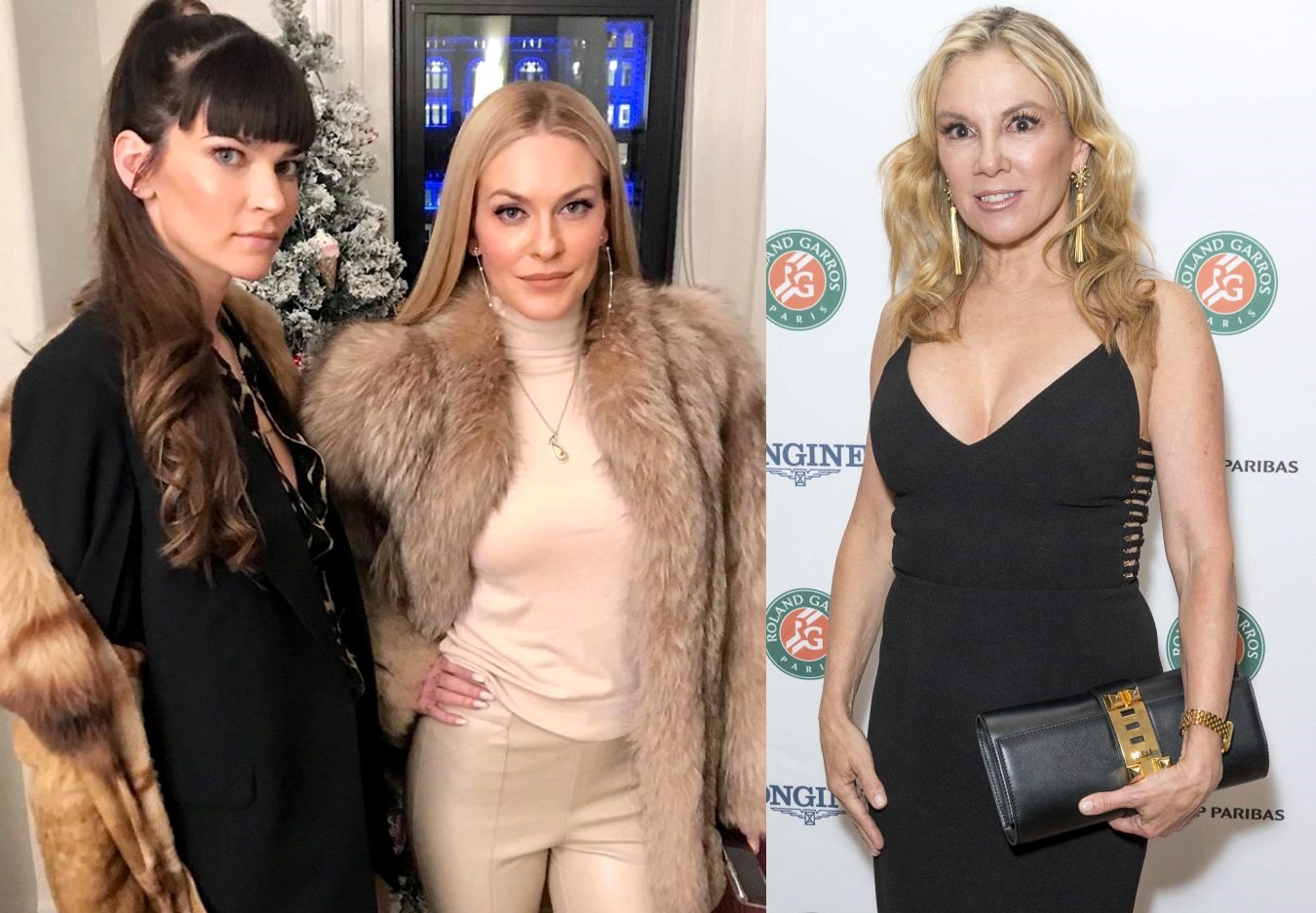 After Ramona made it clear that she did not want Sarah involved in their cast trip to Rhode Island and later slammed Leah as an alcoholic, Sarah took to her Instagram page. There, she accused Ramona of soiling her pants during the trip and flirting with married men as Leah took aim at Ramona for an “all lives matter” post amid a ratings increase.

“Omg you are embarrassed by my sister [Leah McSweeney] for entertaining you all at that boring dinner party? I was embarrassed when you pooped your pants the next night at dinner and were still prancing around trying to flirt with drunk married men with ‘soiled’ pants on,” Sarah ranted in the comments section of a post.

Sarah then suggested that Elyse Slaine witnessed the ordeal but attempted to cover for Ramona before encouraging Ramona’s daughter, Avery Singer, who voiced her disgust with the cast after last week’s show, to buy her mom some diapers.

“She was being a good friend and trying to distract me from your sh*t stained pants. And [Avery Singer] please get your mom some Depends,” Sarah shared. 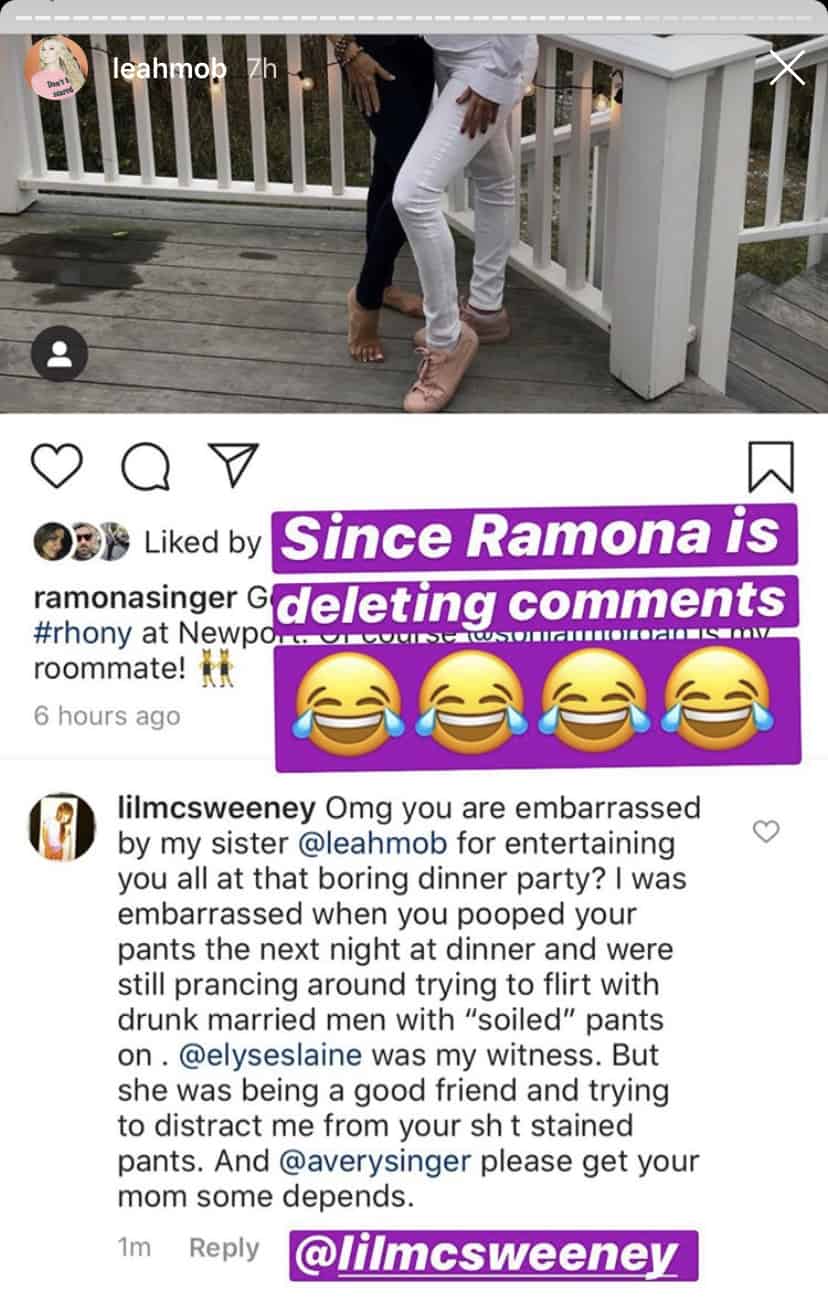 After being called out on Instagram for failing to use her voice to support the “Black Lives Matter” movement, Ramona left a comment, which appears to have since been deleted, that read, “all lives matter.” Right away, a couple of her online audience members reprimanded her for the negligent statement.

“Are you serious [right now]?” one person asked.

Another fan explained to Ramona why her statement was such a disgrace.

“When people use ‘all lives matter,’ it takes away the focus from the injustices that black people specifically experience,” the fan wrote.

Leah McSweeney puts Ramona Singer on blast for responding “all lives matter” to someone commenting #BlackLivesMatter on one of Ramona’s Instagram posts ???? #RHONY pic.twitter.com/CTbcKq1Hw6 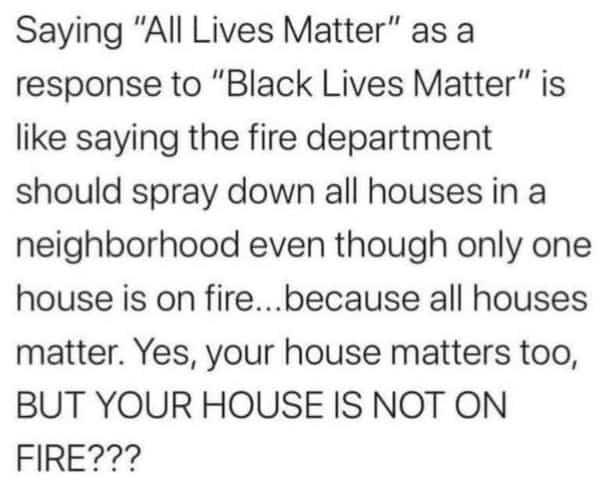 “Please watch this moving video #blacklivesmatter #justiceforgeorgefloyd #enoughisenough (I shared this photo of George Floyd on my story several days ago),” Ramona wrote in the caption of a video of an emotional young girl delivering a powerful message about her thoughts on racism in America.

While Ramona attempts to make up for her lack of awareness, ratings on RHONY appear to be on an upswing, and Leah may be to blame.

After Bravo Ratings on Twitter shared the numbers for episode eight, some fans suggested Leah’s “super wild” behavior was bringing in viewers. Then, after Leah went wild during episode nine, the fan page revealed in another tweet that over 180,000 more viewers tuned in than the week before.