Home Real Housewives of New York City News Leah McSweeney Accuses Ramona Singer of Trying to Get Her Fired From RHONY, Suggests Sonja’s a ‘Hypocrite’ and Shares if Bethenny Would Be on Her Side, Plus Live Viewing Thread

Leah McSweeney Accuses Ramona Singer of Trying to Get Her Fired From RHONY, Suggests Sonja’s a ‘Hypocrite’ and Shares if Bethenny Would Be on Her Side, Plus Live Viewing Thread 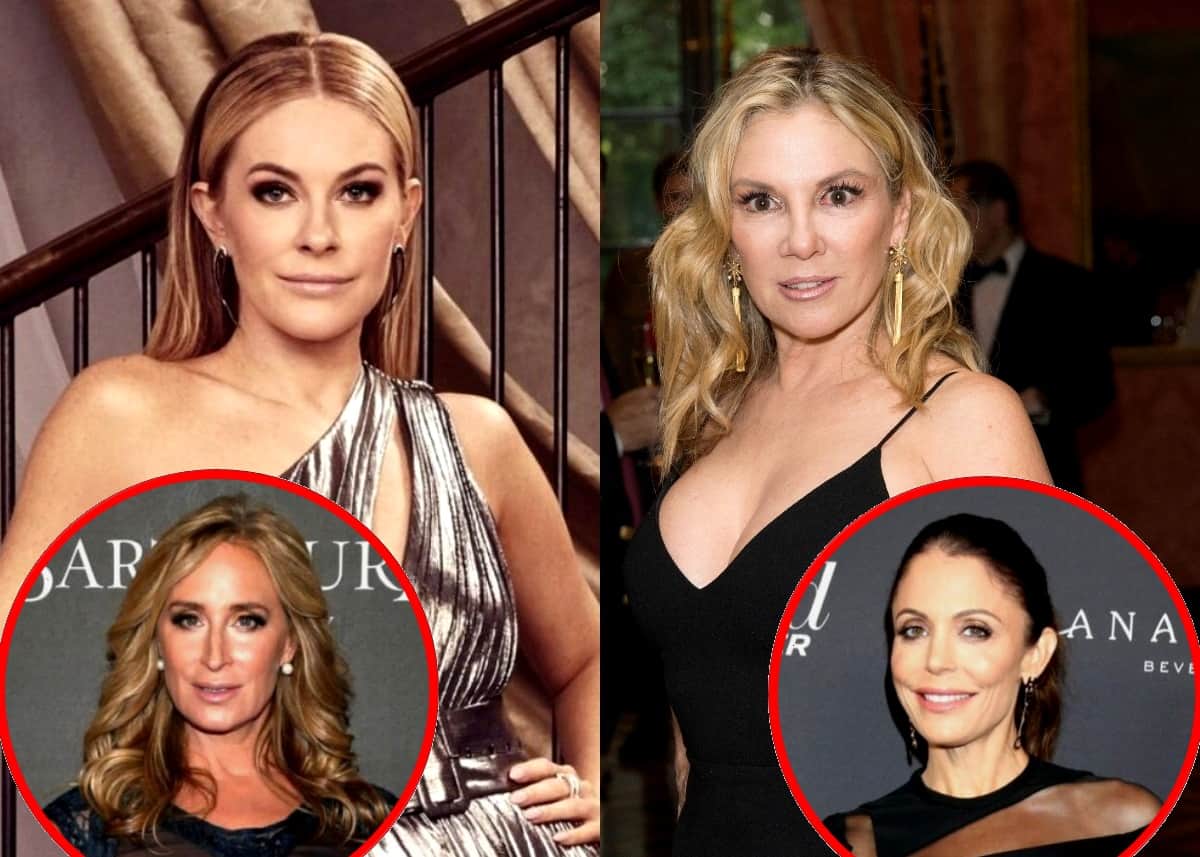 The animosity between Leah McSweeney and Ramona Singer this season continues to boil over off-screen as much as on.

In a new interview, Leah dished on her still rocky relationship with the 63-year-old, plus she discussed how she is still bothered by Sonja Morgan‘s condescending comments about tattoos and if she thinks Bethenny Frankel would be in her corner this season.

Speaking with Amanda Hirsch for her Not Skinny But Not Fat podcast, the Real Housewives of New York City star detailed how Ramona apparently tried to get her axed from the show after her booze-filled rampage in Newport, Rhode Island, calling out the “different standards” she’s held to.

“Ramona tried to get me kicked off the entire show that weekend,” Leah said of the cast trip to Newport. “I can’t think of a reason why I’d be held to such different standards than everybody else. I mean again, I’m the tattooed one, I’m the one with the smaller apartment, I’m the one that lives downtown with the graffiti. I don’t know, maybe she thinks she’s like, above me, I’m not really sure. But it all plays out in the second half of the season — it only gets worse.”

She continued, “The things that happen and the things that are said to me are beyond. Maybe if the women were all these well-behaved, ladies-who-lunch or whatever, but that’s not the case. I know Ramona thinks she’s very high society, but that’s a joke, obviously.”

The Married to the Mob CEO then commented on Ramona using her past as an explanation for her reaction, noting the hypocrisy and manipulation of it.

“That was like, really disturbing that someone would use their [past]. Also, you’re 63, I’m sorry. Time to move on,” she said. “Did Sonja give you the same flashbacks when we were in the orchard last week? Was she making you think of your alcoholic mother? I felt terrible when she told me, I didn’t realize she was being very manipulative.”

The 37-year-old may also still have some bad blood toward Sonja — or at least with her Upper East Side M.O.

“The thing is, Sonja really threw me off, because she was like, ‘I’ll never have sex with you because you have tattoos,’ and I’m like, I thought you were this self-proclaimed sl-t? You’re not having sex with guys with tattoos?” she asked, confused about Sonja’s misleading ways. “And then [I’m thinking] are you just saying this to like, neg me? She’s like, ‘Oh, people with tattoos have like, diseases and stuff’ and I was like, really f–king pissed off, but I was kind of just keeping my cool.”

Considering Leah’s somewhat outsider status in the group, podcast host Amanda wondered if she thinks other “voice of reason” RHONY alum Bethenny would have been “in [her] corner” on the show.

RHONY Live Viewing – This is also a live viewing thread for tonight’s all-new episode of RHONY, which airs at 9/8c on Bravo, so feel free to comment and chat as the episode airs.