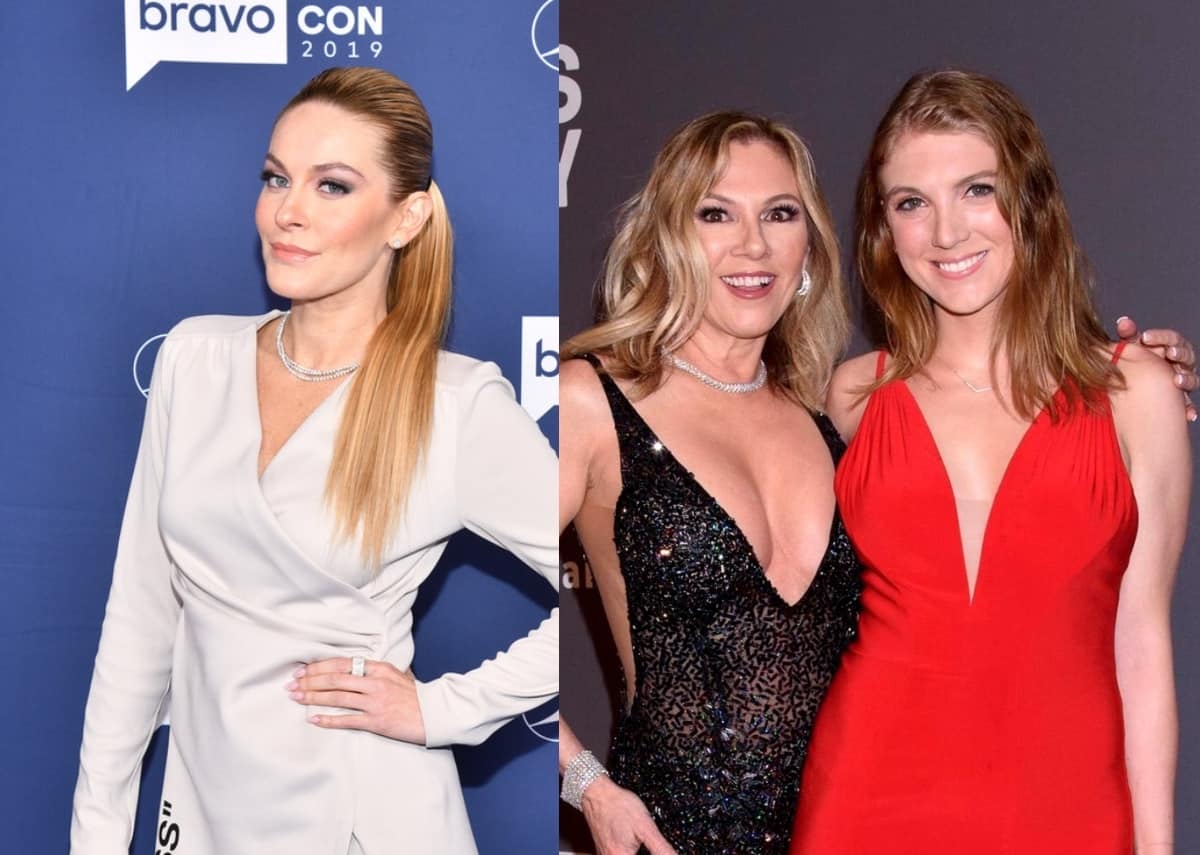 Ramona Singer may have started out as a motherly figure to Real Housewives of New York City newcomer Leah McSweeney, but things have definitely taken a turn.

In a new interview, Leah detailed her distaste for Ramona’s rash treatment of her this season as she also touched on her mini feud with Ramona’s daughter, Avery Singer, who defended her mom in an Instagram story by saying she was “embarrassed” her mom was associated with the RHONY cast.

“I mean, look, she’s trying to stand up for her mom,” Leah noted about the situation. “I get it. Who doesn’t want to stand up for their mom? But, is it hypocritical? Absolutely. But I’m sure the apple doesn’t fall far from the tree.”

As for Ramona’s concerned mothering approach on the show, the RHONY newbie feels it ultimately turned too critical for her.

“Ramona is like the evil stepmother that you don’t have. I mean, that’s how I’m feeling now,” Leah told Us Weekly on an upcoming episode of the Getting Real With the Housewives podcast. “I can forgive, I can move on all that. But there are instances where I’m watching this and I’m like, you know, there’s a lot of me owning up to s—t and apologizing for s—t, but not so much on the other side and some things. And I think on the reunion, that’s all gonna have to be addressed. … Get ready everybody [for the reunion]. ‘Cause I’m so ready for it. And I cannot wait.”

When the 37-year-old fashion designer joined RHONY this season, her “downtown” style quickly came into contrast with the “uptown” sensibilities of her co-stars. Even so, Leah still found some solid ground with the ladies, somehow fitting in with the group on their various outings and trips.

That sentiment went south, however, on the cast’s recent trip to Newport, Rhode Island, where Ramona and Leah were at odds first over Leah’s plea to have her sister, Sarah McSweeney, come on the trip. Then, after a wild night of drinking and some very odd antics from Leah, Ramona chastised her for her behavior — in a motherly way, of course.

“Why was Ramona on my case so much? I don’t know!” Leah exclaimed. “I think the audience was surprised to see it from what I’ve read. People were like, ‘Oh my God, I can’t believe Ramona’s mothering.’ … We’re seeing the soft side of Ramona. So, you know, I think people were shocked to see that, [but] I don’t think that this is out of character for her. No.”

The Married to the Mob CEO went on to express her disdain for Ramona’s harsh reaction to her Rhode Island romp, considering Ramona’s condescending critiques of her friends.

“What’s completely unacceptable to her is much different than what’s unacceptable to me,” she remarked. “Now was my behavior, like, wonderful? And like, am I proud of being completely drunk and doing somersaults and crying and screaming in Rhode Island? No. But at the same time, I can get over that easier rather than someone like Ramona fat-shaming Sonja [Morgan] or, you know, saying that her brand sucks or whatever. … I’m just, like, a crazy person.”