Home Real Housewives of New York City News RHONY Star Dorinda Medley Accuses Ramona Singer of ‘Projecting’ and Being “Insensitive,” Plus She Talks Tinsley Feud and Admits She May Have Been “Overly Offended”

by Cynthia Cook May 27, 2020 41 comments
ShareTweetWhatsappPinterestRedditTumblrMailFlipboard 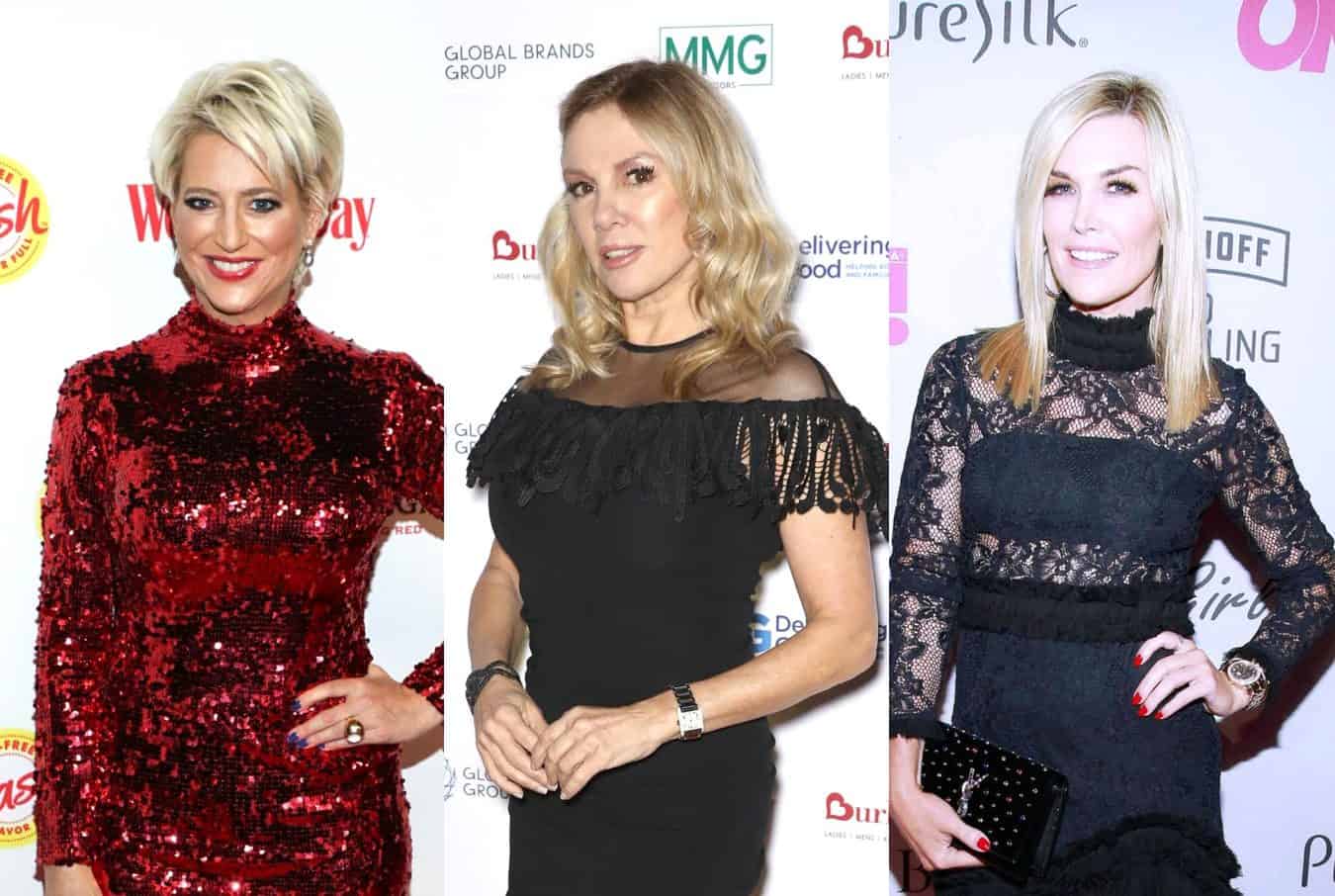 Dorinda Medley says she is fed up with Ramona Singer not having her back when she needs it most.

The Real Housewives of New York City star revealed in a recent interview how she was going through a lot this year, and when she needed certain friends like Ramona, she felt abandoned.

The two got into it on the May 21 episode of RHONY, as Ramona called out Dorinda for her aggressive behavior toward Tinsley Mortimer and Dorinda fired back by claiming Ramona “takes people down all the time.”

“Ramona likes to project, but she doesn’t wanna hear anything about herself. Ramona points out things and I point them back to her,” Dorinda told Us Weekly in the latest episode of the Getting Real with the Housewives podcast. “I felt like Ramona was a little insensitive to me for what I was going through this year. I needed a soft place to land, and I needed her to be more of a soft place to land than I felt like she was being.”

Although Dorinda has noted that her split from longtime beau John Madessian wasn’t really a “break up,” it still greatly affected her this year. She was also still experiencing waves of grief over her late husband Richard H. Medley, who died in 2011. Dorinda felt Ramona wasn’t understanding of that.

“Ramona was very critical of me bringing up Richard. Critical of me going through what I’m going through, critical of whatever,” Dorinda explained. “And you know, Ramona and I have been in each other’s lives a long time and gone through a lot of things. I thought she would be more empathetic than she was.”

The Massachusetts native may have since patched things up with Ramona, as the two have been friends “for 20 years,” but her ongoing tension with Tinsley is a different story.

“You always look back and [think] you could have done it better, but at that point, Tinsley [started] chiming in on stuff that she really knows nothing about just to chime in on it — not to really have an opinion,” she explained about taking aim at the Virginia native. “Tinsley has really told us nothing about her life. And these are women that really were calling me [and] engaged in my life and know my life, and I just thought Tinsley was being a little bit of a know-it-all, or something. So, I think I got overly offended.”

When asked if Tinsley made an effort to get to know her, Dorinda noted how Tinsley didn’t “really [know] any of the girls that well,” and once filming stopped, she disappeared.

“When we’re not filming, we’re still seeing each other. We go to dinner, we go for a walk, we have lunch, you know, we’re in each others’ lives,” Dorinda shared about her co-stars. “Whereas Tinsley would stop filming with us at the end of the summer and go just silent until [the reunion]. [I had] no idea where she was, what she was doing, it was all very top secret. And here’s the thing about that: that’s great and everyone should have that option, but then it’s very hard to be on a reality show.”