RHONY Star Dorinda Medley Taunts Tinsley Mortimer After She Brags About Her Degree, Suggests She’s Never Owned Anything After Leah Weighs In

by Lindsay Cronin May 18, 2020 209 comments
ShareTweetWhatsappPinterestRedditTumblrMailFlipboard 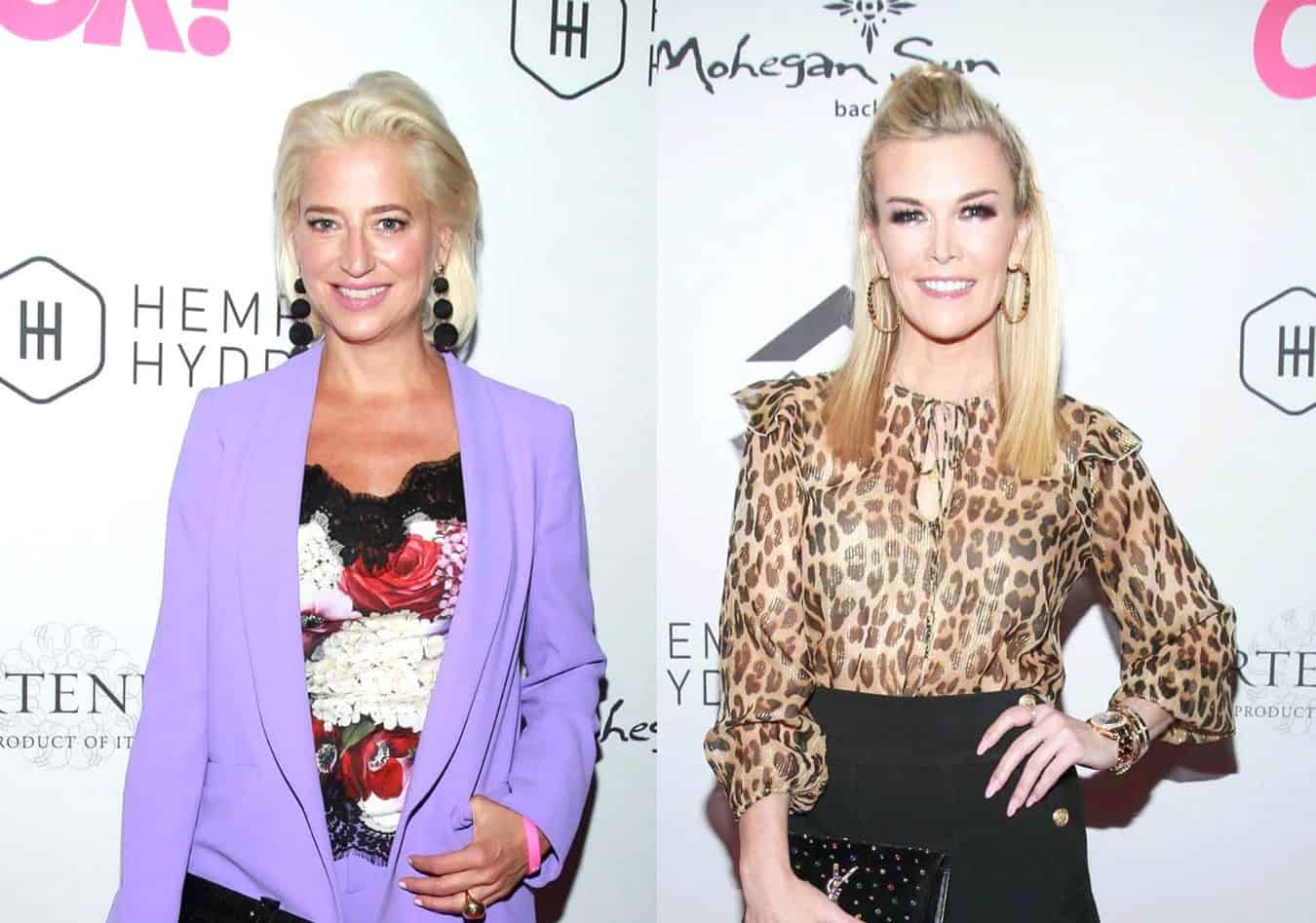 After Bravo shared an edited photo of Dorinda sitting in front of a split photo that featured a couple of racy scenes from The Real Housewives of New York City and Tinsley weighed in by mentioning her Columbia University education, Dorinda clapped back at her supposed lack of accomplishment after Leah McSweeney weighed in.

“The three muses!!! I’m going to use my Columbia University BA and with a major in Art History to approve this masterpiece!!!” Tinsley wrote in the caption of Bravo’s photo, which included a photo of Tinsley in a pool with Leah and Sonja Morgan, both of whom were topless. 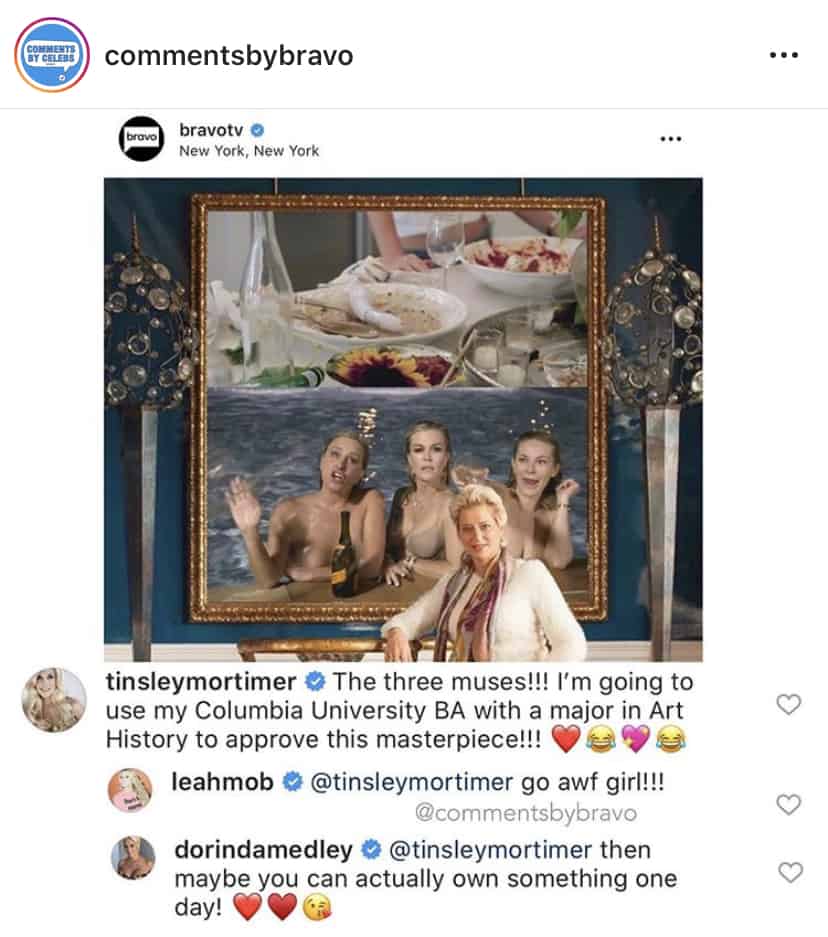 Following Tinsley’s comment, Leah weighed in by telling her RHONY co-star to “go awf girl” as Dorinda proceeded to slam her by suggesting that she’s never actually owned anything.

“Then maybe you can actually own something one day!” Dorinda wrote.

As RHONY fans will recall, Dorinda has been taking aim at Tinsley for weeks on the show. At the end of last week, she slammed her as a “liar” on Twitter before suggesting she has not been honest about her personal life on the show.

After seeing Tinsley had commented about her recently-ended romance with John Mahdessian, Dorinda called her out in a video shared on YouTube by suggesting she doesn’t reveal as much of her life on the show as her and the other women.

“I don’t think Tinsley should be involved in anything… until she pipes in about her own life and tells the truth,” Dorinda said. “As far as anything goes, you ask me, I’ll tell you. What I tell you is true. I’d just like that to be applied to the other girls.”