Home Real Housewives of New York City News Elyse Slaine Responds After Avery Singer Appeared to Shade Her on RHONY, Implies She is ‘Ungrateful’ as She Says Her Husband Helped Ramona’s Daughter Land Her Dream Job

Elyse Slaine Responds After Avery Singer Appeared to Shade Her on RHONY, Implies She is ‘Ungrateful’ as She Says Her Husband Helped Ramona’s Daughter Land Her Dream Job 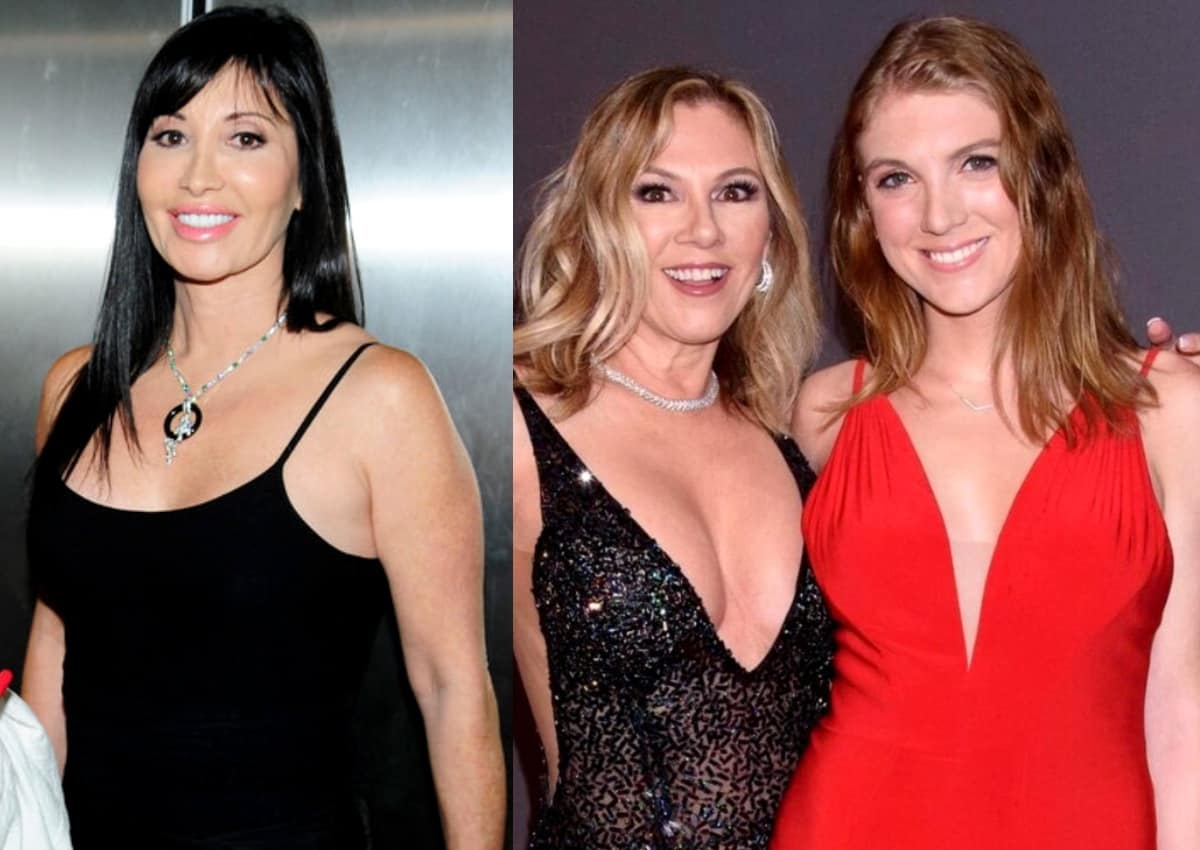 Elyse Slaine revealed some surprising information on her Twitter page last night after Avery Singer, the daughter of Ramona Singer, appeared to shade her on the latest episode of The Real Housewives of New York City.

After Avery seemingly shaded Elyse by suggesting Ramona shouldn’t waste her “energy” talking about her, Elyse revealed that her husband, Reinhold Gebert, mentored Avery and helped her land her dream job before appearing to agree that Avery is both “disrespectful” and “ungrateful” for the good deed.

“Mom, stop wasting your energy talking about Elyse. This is so dumb,” Avery could be heard telling Ramona as she filmed her confessional interview in her home. “I hear you tell all your friends. You can’t get enough of it. It’s like annoying.”

After a couple of screenshots of Thursday’s RHONY were posted on Twitter, one fan said that they were wondering if Avery was throwing shade at Ramona or Elyse.

“That’s what I was trying to figure out as well. I always liked Avery, and pushed my husband to be hands on to mentor her, and to use his connections to get her the job she wanted. I wish her well,” Elyse revealed. 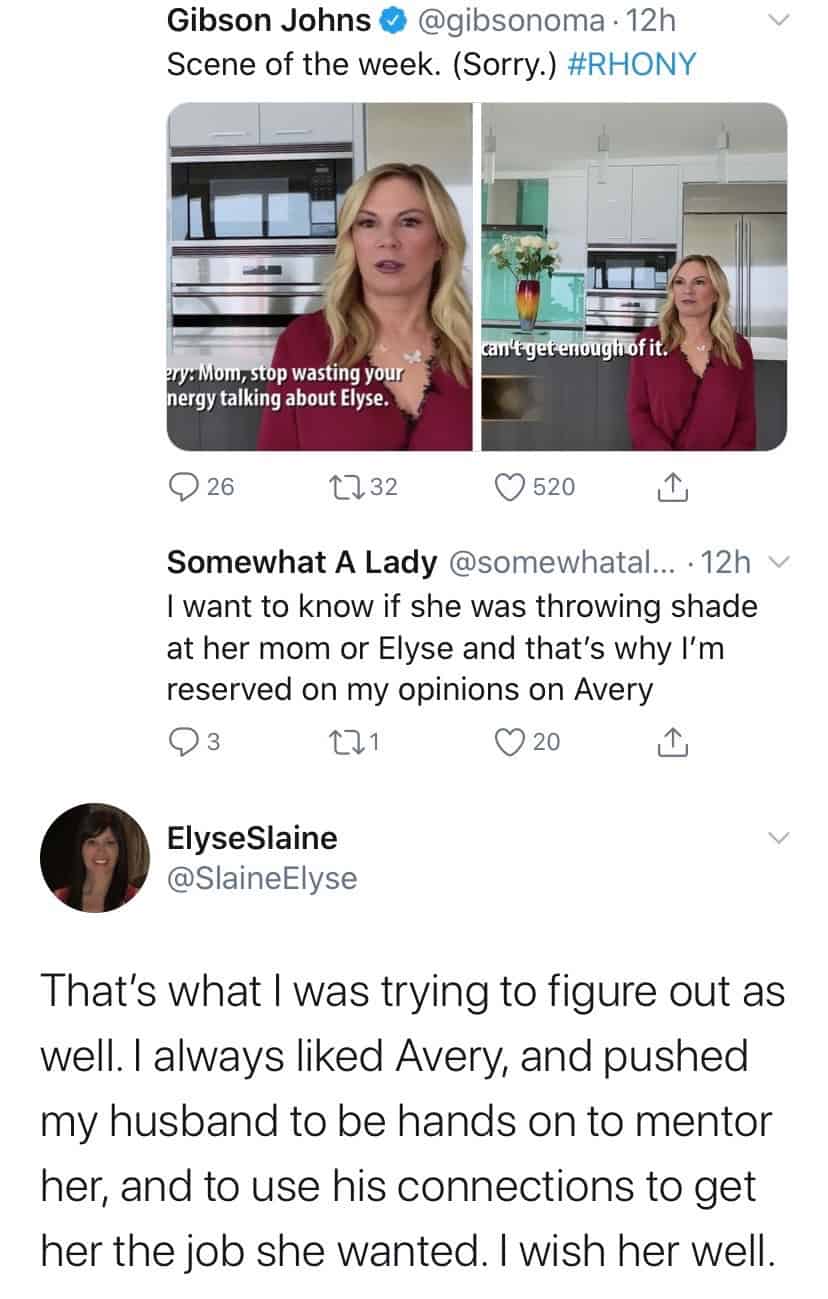 Then, after another viewer of the series suggested that Avery was actually standing up for Elyse, Elyse seemed to disagree.

“I hope so. But no one seems to think that,” she noted. “The consensus is that she was being disrespectful. I hope you are right, and everyone else is wrong. I still think of Avery as the little girl who use to do sleepovers with my daughter.” 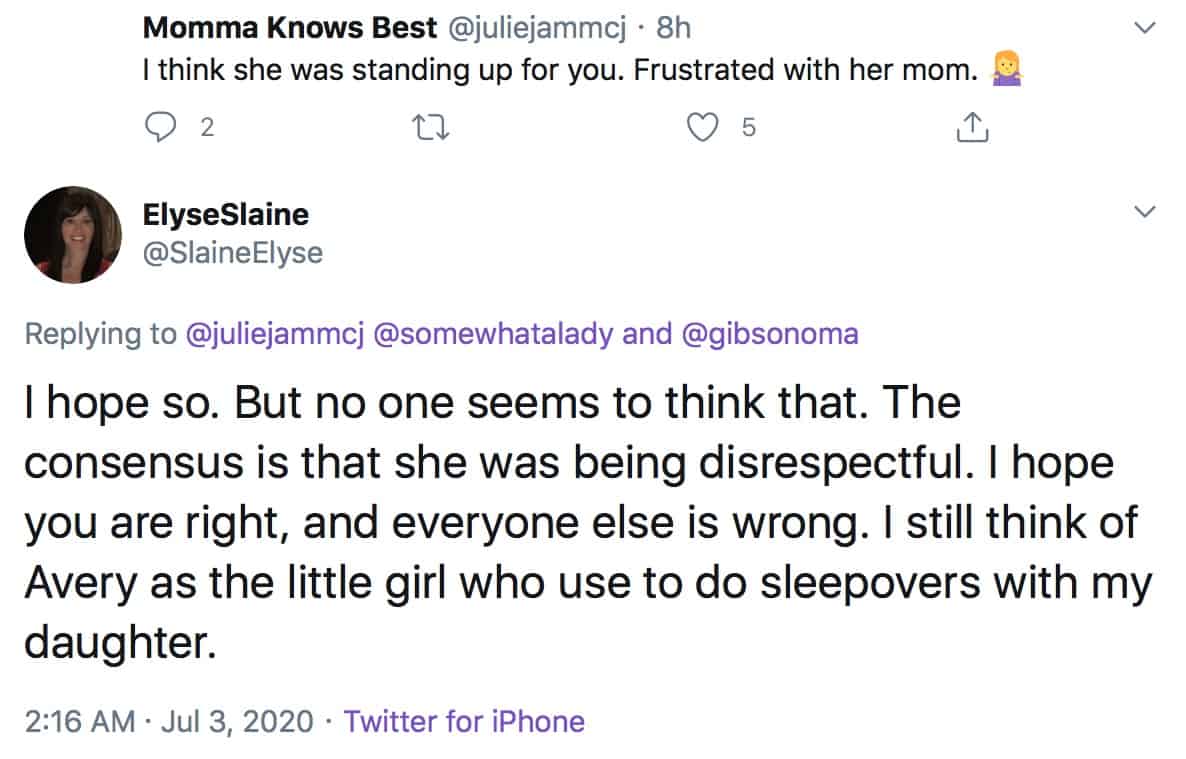 After making her comment about Avery being “disrespectful” on the show, Elyse re-tweeted a message from a fan who slammed Avery as “ungrateful.”

“The tea is [Elyse’s] husband helped get Avery Singer a job and this is what she’s says?!” the tweet read. “Ungrateful…” 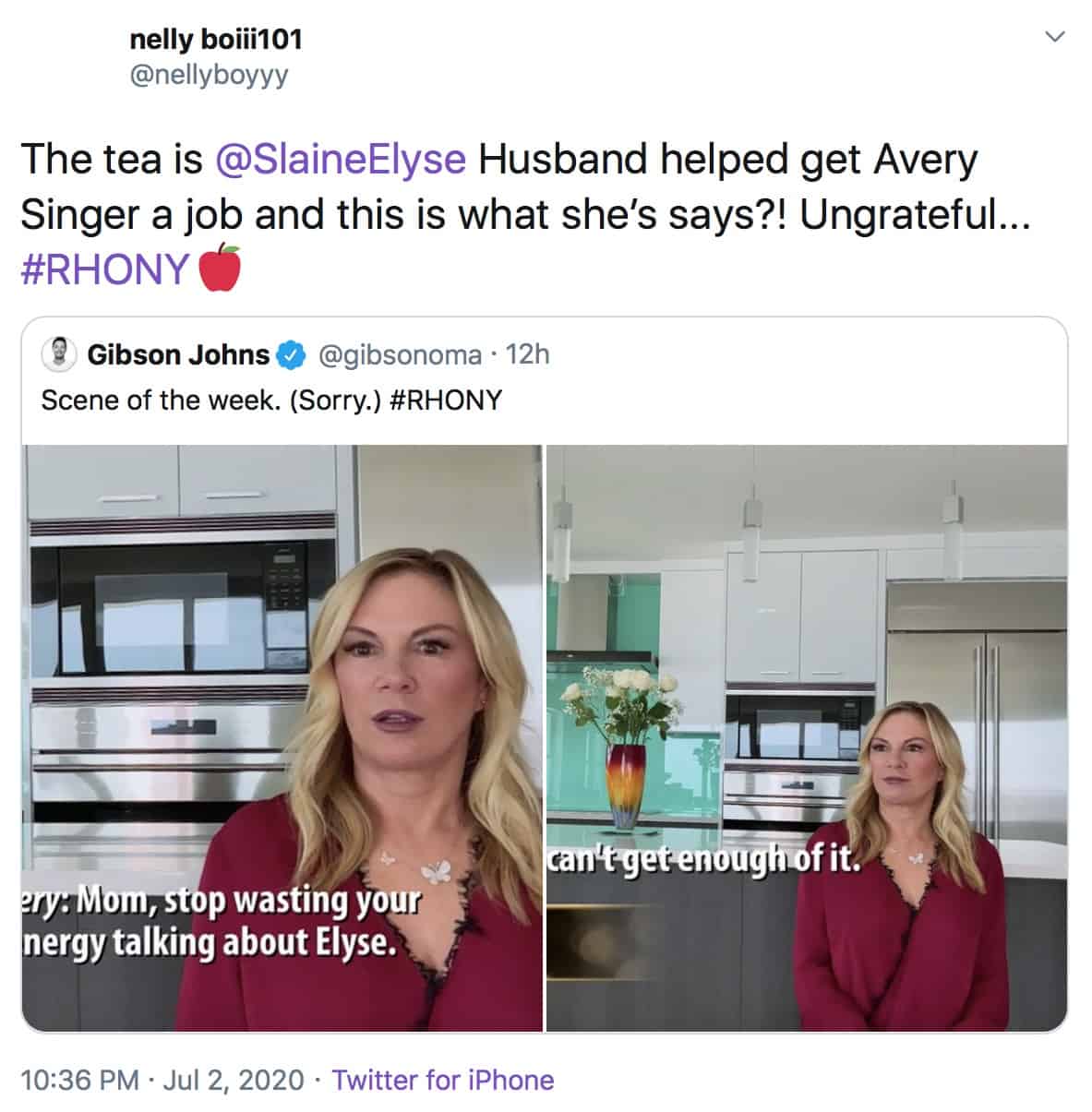 While Elyse was brought to RHONY as a friend of Ramona, who she’s known for several years, the women suffered a falling out earlier this year. They have remained estranged ever since.

“Ramona just started to freeze me out,” Elyse revealed to Heather McDonald on her Juicy Scoop podcast in June. “I kept saying, ‘What’s wrong?’ But I wasn’t really getting answers and then, from what I understand, she was talking behind my back.”