Home Real Housewives of New York City News Jill Zarin Accuses RHONY Producers of ‘Hating’ Her, Admits She Was Upset at Being Labeled a ‘Friend of Luann’ on Show, Plus Why She Thinks Fans Got “Short End of the Stick” With Heather Thomson as Her Replacement

Jill Zarin Accuses RHONY Producers of ‘Hating’ Her, Admits She Was Upset at Being Labeled a ‘Friend of Luann’ on Show, Plus Why She Thinks Fans Got “Short End of the Stick” With Heather Thomson as Her Replacement 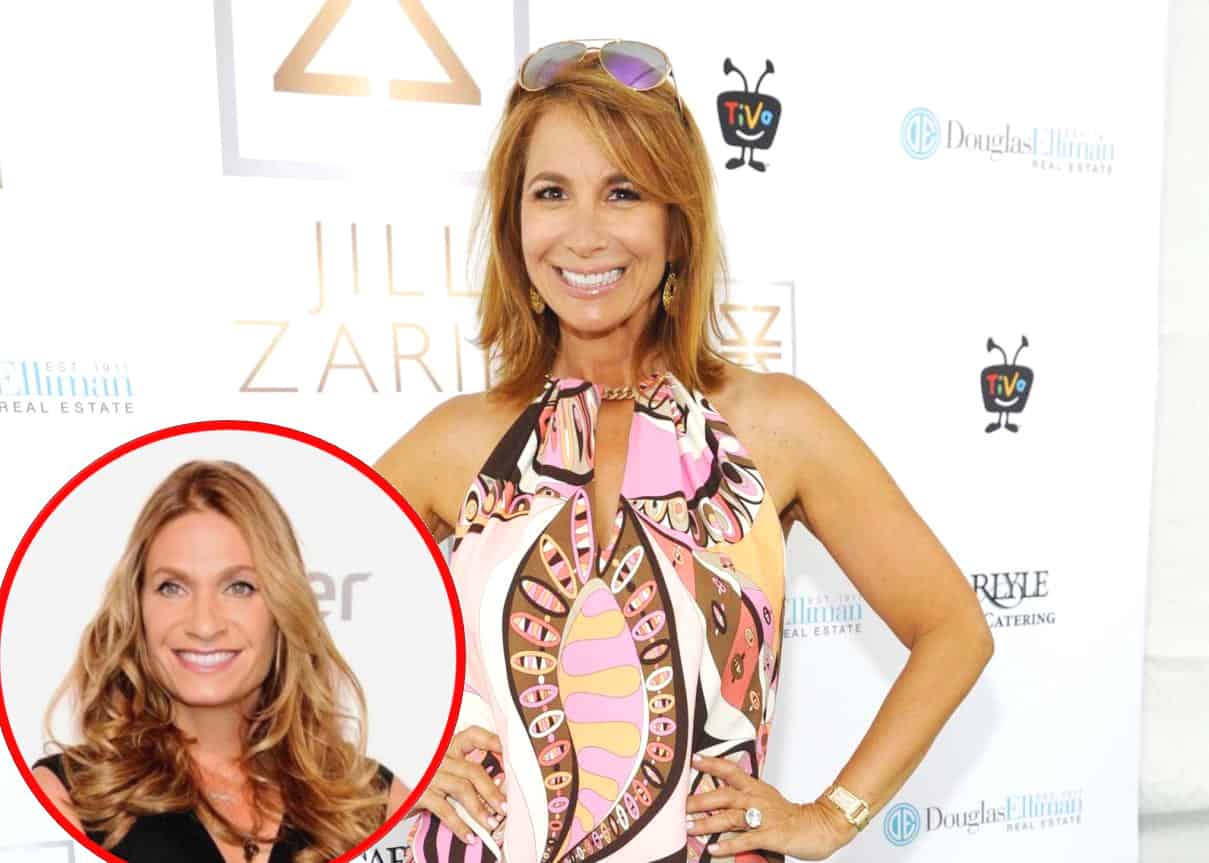 Jill Zarin may have left the The Real Housewives of New York City a few seasons ago, but as a fan of the show, she has … a few critiques to share.

The former reality star made her way back to our screens a few episodes ago at Luann de Lessep‘s Halloween party from hell and seemed to fit right back in to the madness. She even caught some beef with current full-time apple-holder, Dorinda Medley, and was allegedly “blocked” from being invited to Dorinda’s Berkshires home.

But would she ever want to return to the cast full time?

“I think that ship’s sailed. I think that the show is coming to … I mean, I don’t know what’s gonna happen,” Jill told Danny Pellegrino for his Everything Iconic podcast on July 13. “I think it’s struggling right now.”

Even though she doesn’t wish to return to the franchise, she still has her reservations about how things went down after her departure. Jill wondered about why production brought Heather Thomson to the cast as her “replacement” — someone she didn’t think brought much to the table.

“I feel like the fans got the short end of the stick to a certain extent, because they lost a family,” Jill explained. “Even though they brought on Heather to replace me … she had a husband and two little kids but it wasn’t the same. She didn’t have a mother and a father and a sister. Like I felt like that was a missing piece. And it didn’t have to be me! But let somebody else’s mother come on. Give us a full family.”

In addition to facing off with Dorinda, Jill wasn’t happy about other aspects of that Halloween party, including how the RHONY producers labeled her a “friend of” Luann.

“Do you love that they call me “a friend of Luann” now? I don’t think the producers of Housewives like me,” she shared. “Not Bravo, [but] my production company hates me and I don’t know why. I don’t know what I did to them. Things like that happen and I’m like, ‘What did I do?’ The fans hated that more than I did; I didn’t care.”

The businesswoman and author believed production had “problems” trying to fill space since Bethenny’s exit from the show and then Tinsley Mortimer‘s sudden departure halfway through the season.

“First Bethenny, and then Tinsley dropped the bomb? And not only did she drop the bomb [that] she was leaving, she was leaving like that day. Like she was gonna give them one more scene and that’s it,” Jill stated. “They probably could sue her for damages of the show not doing as well. But she’s a single girl in her forties, she found love, she wants to move forward … who’s gonna begrudge for that? You’re gonna go out there and publicly sue this girl? No! But in fairness, she should have given them more time. I don’t think she did the right thing.”

Even if Jill doesn’t want to re-join the RHONY cast, podcast host Danny wondered … would she opt for a reality show of her own?