PHOTO: Thomas Ravenel Introduces His New Baby Boy to the Older Kids He Shares With Ex-Girlfriend Kathryn Dennis, See the Sweet Pic of His Daughter Kensington Holding His Son Johnathan

Thomas Ravenel has just introduced his new baby boy, son Johnathan, to the older children he shares with his ex-girlfriend, Kathryn Dennis.

Just over a week after the former Southern Charm cast member confirmed he had welcomed his third child with Heather Mascoe, who he dated briefly last year, a photo of Thomas’ daughter, six-year-old Kensington, holding the infant with her dad Thomas and four-year-old brother Saint seated beside her has hit the web.

On July 21, Bravo Snark Side on Instagram shared the photo with their followers. 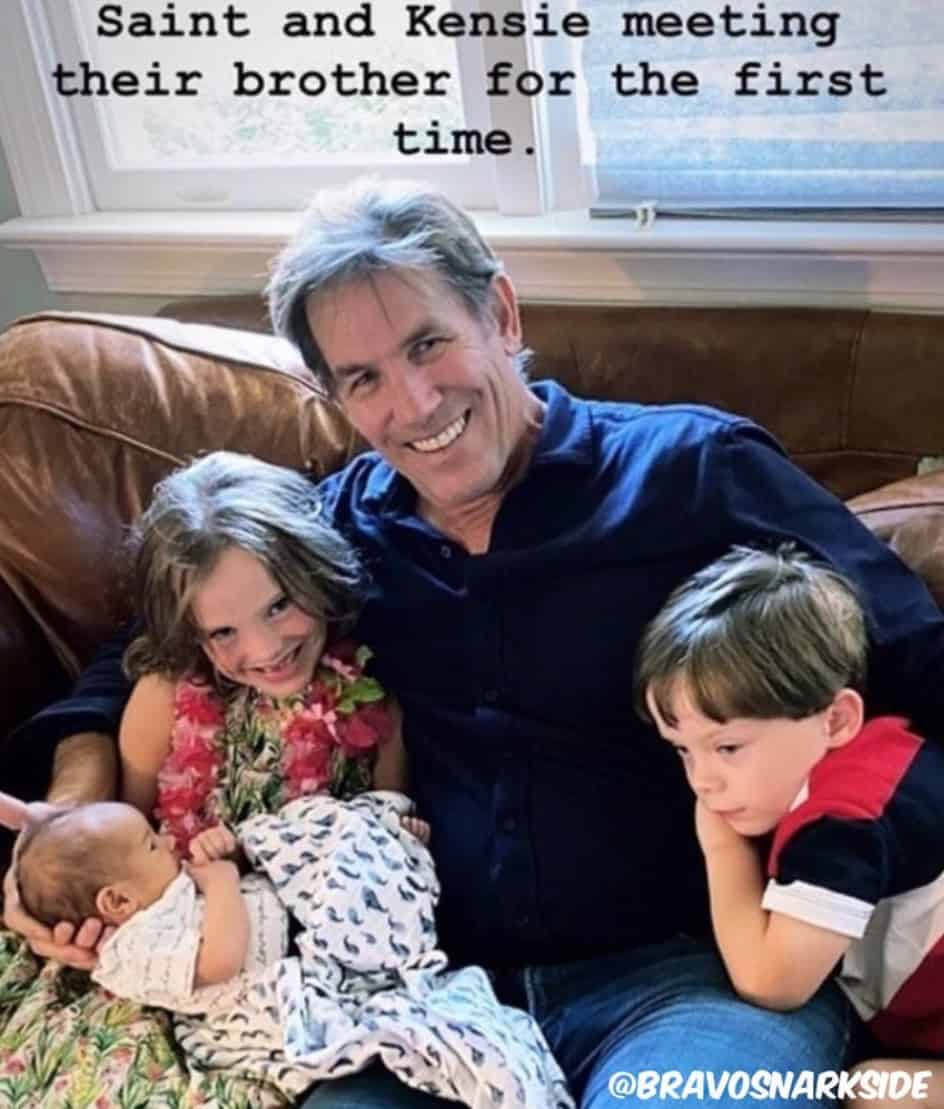 News of Thomas’ third child was first shared in March of this year. At the time, it was noted that Kathryn had been made aware of the news through her attorney amid her custody battle with Thomas.

After Thomas confirmed the June 29 birth of Johnathan, he told the Daily Mail that he and Heather were “both very happy” and applauded his former love interest, who also has two older children, as a “phenomenal mom.”

During the same interview, Thomas said that he was finding it “difficult” to explain to Kensington and Saint that they now have a half-brother with “different mothers [and the] same father.”

“They were a little confused. In the end I just told them, ‘You’ll understand when you’re older!’ But they’ve Face Timed with the baby and they’re very excited to meet him. They’re getting ready to spend the week with their mother so we’re hoping they’ll meet him after that,” he shared earlier this month.

As for his relationship with Heather, Thomas revealed he and his ex have remained good friends but are no longer interested in a romance.