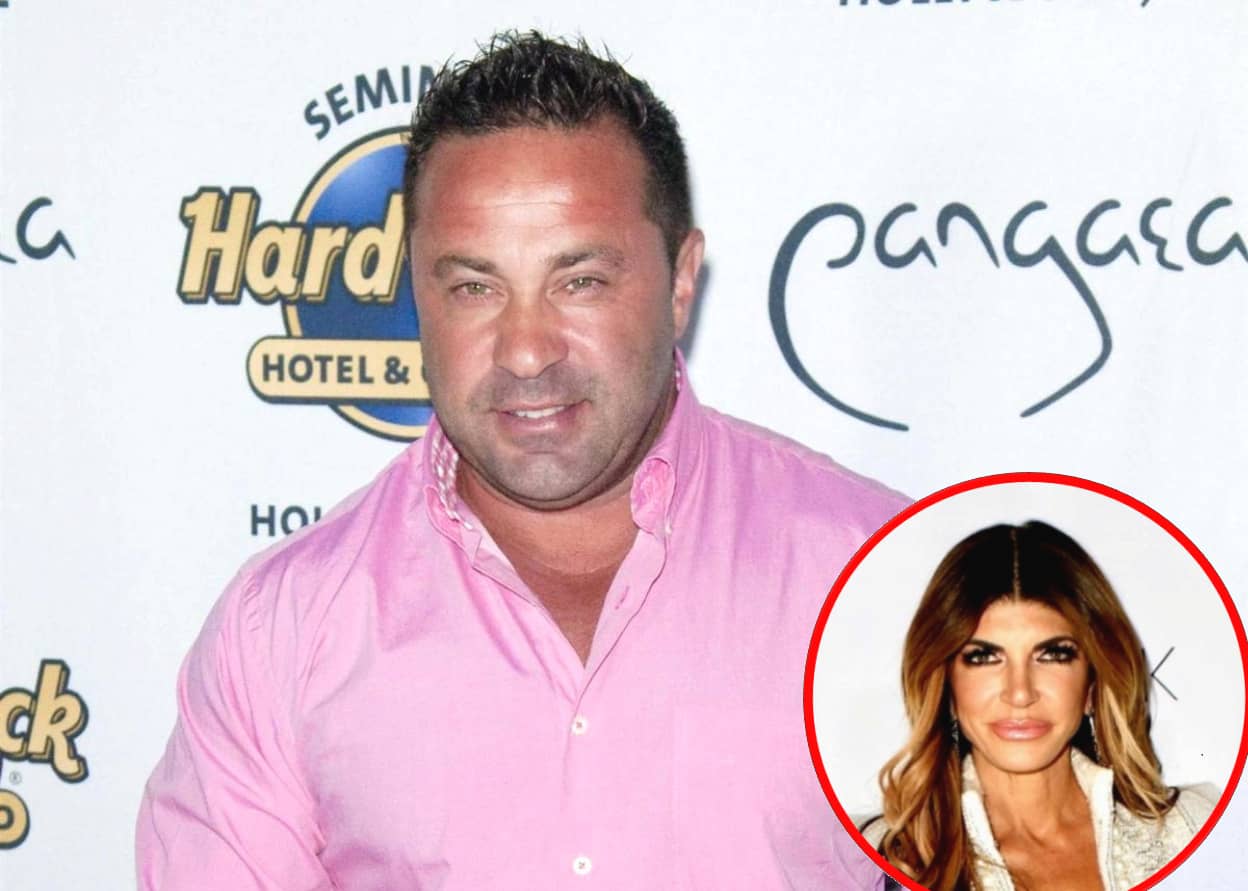 Joe Giudice has a lot on his plate, and during an interview with Reality Blurb on Wednesday, the Real Housewives of New Jersey cast member gave us an inside look at what he’s been doing in recent months.

In addition to sharing how his new reality show on YouTube, This Old Villa, came about, Joe offered an update on the renovation of the former home of his estranged wife Teresa Giudice‘s late father, Giacinto Gorga, discussed his upcoming boxing match against Ojani Noa, and revealed what else he’s working on for the future.

“Basically I started working and I just started filming, being myself,” Joe told us about the early moments of This Old Villa. “[Filming] actually came pretty natural. It’s easy.”

According to Joe, he began renovating Giacinto’s home after arriving in Italy in October 2019, and ultimately, his YouTube series came into fruition.

“I actually just started doing renovations and This Old Villa came in afterwards. They just liked the way I was doing it and they liked how I work and talk… I don’t know!” he laughed.

While Joe has made a ton of progress on Giacinto’s former home, he has also faced a number of challenges due to the coronavirus pandemic, which forced him and his team to shut down construction for four months.

“Otherwise we would have been done already. That took us four months out and they work a little differently here,” he shared. “What they do is once you are almost done, the architect and engineer come out and they basically do an overhaul of the full house and make sure everything is up to code because they’re responsible for it.”

As for when the home will be complete, Joe is hoping to be done by the end of this month but may not be able to wrap up until September because Italy takes the month of August off.

Once complete, Joe says he’ll be sharing the property with his daughters, including Gia, Milania, Gabriella, and Audriana, when they come to visit. He’ll also be offering the home on Airbnb.

“I’m going to have the Villa available for whenever the kids come. And I’ll probably [Airbnb] it or something when I’m not there,” he confirmed. “There’s so many historic sites in the area. There’s a lot to do around there. For somebody to go there and spend a couple of weeks there, they’ll have a blast.”

Understandably, Joe, who was close to Giacinto for decades, was extremely upset about his passing and wishes he would have lived long enough to see his completed villa.

“It’s sad what happened. It would have been nice if he was alive to see it finished,” he shared.

Later in the interview, we asked Joe about his upcoming boxing match.

“Look, you never underestimate anybody,” he said of Ojani, an ex-boyfriend of Jennifer Lopez. “So let’s see what happens when we step into the ring. I’m excited. I’m ready to go. I enjoy doing that. It’s like renovating a home. It’s just fun. I just look at it as a workout. You go in, you do your workout, and you leave.”

To prepare for the fight, Joe has been boxing three or four times a week and hitting the bags and pads at his gym.

“My cardio is good. It’s something that I’ve done for pretty much my whole life so it’s not a big deal,” he explained.

Although a number of travel restrictions are currently in place around the country, Joe said that Teresa and their girls will be “flying out” to The Bahamas to attend the Celebrity Boxing event, which he expects to be the first of many.

“Me and Damon Feldman partnered up with MMA Celebrity Boxing. So I’m excited for that,” he shared.

To see more of Joe, check out the latest episodes of This Old Villa, available now on YouTube.